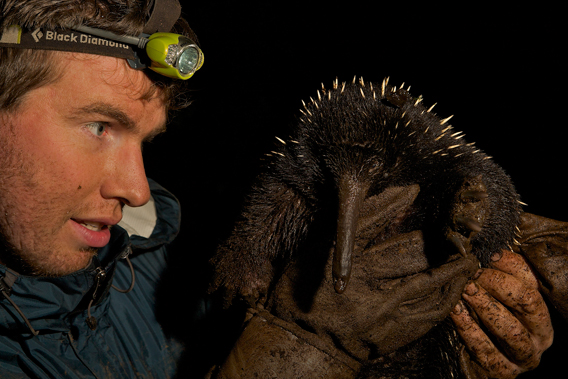 The continent of Australia is home to a wide variety of wonderfully weird mammals—kangaroos, wombats, and koalas among others. But the re-discovery of a specimen over a hundred years old raises new hopes that Australia could harbor another wonderful mammal. Examining museum specimens collected in western Australia in 1901, contemporary mammalogist Kristofer Helgen discovered a western long-beaked echidna (Zaglossus bruijnii). The surprise: long-beaked echidnas were supposed to have gone extinct in Australia thousands of years ago.

“Sometimes while working in museums, I find specimens that turn out to be previously undocumented species,” Helgen, who has published his findings in ZooKeys, said. “But in many ways, finding a specimen like this, of such an iconic animal, with such clear documentation from such an unexpected place, is even more exciting.”

Helgen believes that the fact the western long-beak echidna survived until 1901 means there is a chance that it could still roam Australia today. The species still dwells on the island of New Guinea, but is considered Critically Endangered by the IUCN Red List due to forest loss and hunting.

Notably the long-beaked echidnas are the top three mammals on the Zoological Society of London’s EDGE list, which ranks mammals by combing their evolutionary distinctness and the threat of extinction. Echidnas are monotremes, which mean they lay eggs instead of giving birth to live offspring.

Helgen was by no means expecting to discover a specimen of the long-beaked echidna in 20th Century museum specimens, since the species was only known to inhabit Australia through Pleistocene fossils and aboriginal cave art. But he found the animal—misidentified as a short-beaked echidna—amid collections acquired by naturalist John T. Tunney on Mount Anderson in the West Kimberley region of Australia. The specimen, which still sported Tunney’s original tags, was collected for the private museum of Lord L. Walter Rothschild. After Rothschild’s death, his full collection was given to London’s Natural History Museum where Helgen found the specimen.

“[The discovery] highlights the importance of museum collections, and how much there is still to learn about Australia’s fauna,” says Tim Flannery of Macquarie University in Sydney.

Helgen, who carefully studied the 1901 documentation to make certain it was not a mistake, now says its time to look again for the animal in Australia.

“The next step will be an expedition to search for this animal. We’ll need to look carefully in the right habitats to determine where it held on, and for how long, and if any are still out there.”

He says one way to determine the fate of the animal will be to interview indigenous Australians: “We believe there may be memories of this animal among Aboriginal communities, and we’d like to learn as much about that as we can.” Scientists have already encountered oral histories in the remote region that hint at the possibility of long-beaked echidnas surviving until at least a generation ago.

A relict population in Australia would not only prove a shocking discovery, but—given the state of the species in New Guinea—may also be vital to making sure the western long-beaked echidna doesn’t vanish for good.

“We hold out hope that somewhere in Australia, long-beaked echidnas still lay their eggs,” Helgen says. 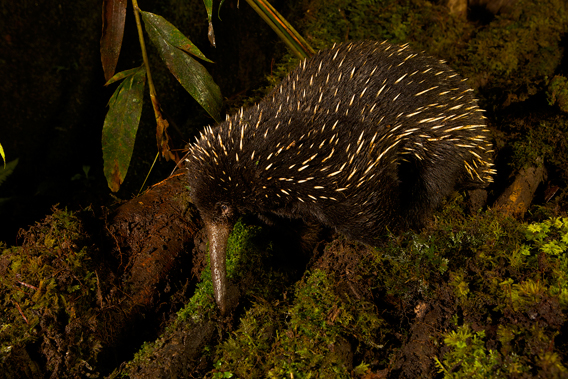 A long-beaked echidna in New Guinea. Photo by: Tim Laman. 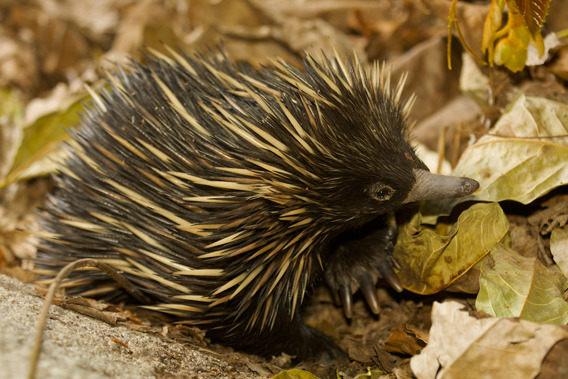 The short beaked echidna is a common species in Australia and the only echidna not considered Critically Endangered. Photo by: Tim Laman. 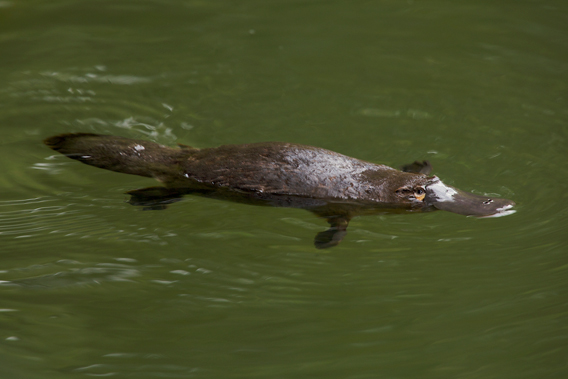 The duck-billed platypus is the world’s only other monotreme beyond the four species of echidnas. Photo by: Tim Laman.

(12/26/2012) Thousands of species were described for the first time by scientists in 2012. Some of these were ‘cryptic species’ that were identified after genetic analysis distinguished them from closely related species, while others were totally novel. Either way, here are some of the “new species” highlights from 2012.

Our favorite nature photos of 2012

(12/24/2012) In the course of reporting for Mongabay.com, I spent time in several countries in 2012, including Indonesia, Brazil, Madagascar, and Malaysia, among others. The following are some of my favorite nature pictures I took in the field. Overall I added more than 20,000 images to the site in 2012. For more, check out travel.mongabay.com, which now has nearly 100,000 captioned photos.

(12/19/2012) Researchers in Australia have described three new lizard species from the northwestern part of the continent.