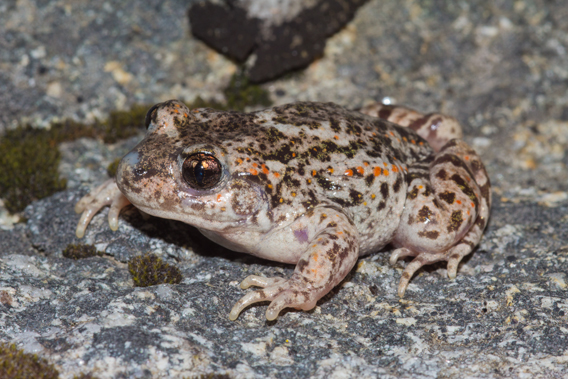 The chytrid fungus—responsible for millions of amphibian deaths worldwide—is now believed to be behind a sudden decline in the common midwife toad (Alytes obstetricans), according to a new paper in Animal Conservation. Researchers have detected the presence of the deadly fungus in the Serra da Estrela, north-central Portugal, home to a population of the midwife toad.

“Our findings point to an outbreak of [the disease] chytridiomycosis likely being responsible for the population decline and observed disappearance of this species,” lead author Gonçalo M. Rosa told mongabay.com.

Microscopic fungi, namely Batrachochytrium dendrobatidis (Bd), which live in aquatic conditions, are responsible for the disease. The disease compromises the osmotic properties of amphibian skin, as well as an individual’s electrolyte blood levels, eventually leading to cardiac arrest.

The IUCN describes chytridiomycosis as “the worst infectious disease ever recorded among vertebrates in terms of the number of species impacted, and its propensity to drive them to extinction.” It has the potential to cause massive population declines in a matter of weeks while also disproportionately eliminating species that are rare, specialized and endemic.

In 2009, scientists in north-eastern Portugal found a number of dead common midwife toads; tests soon uncovered the presence of Bd. The extent of the outbreak was still unknown. Only recent have studies revealed the full effects.

“This was one of the most abundant amphibian species at the park and shockingly our study shows that it has disappeared from almost 70% of the areas where it was recorded in the past,” explains Rosa, adding that “signs of breeding activity were limited to 16% of the confirmed breeding sites in the past, and larvae are now less abundant: in sites where we have records of thousands of tadpoles, we now find a dozen.”

Such losses set alarm bells ringing for biodiversity within the region. Like any substantial loss of any one species, the knock-on effects could be far reaching.

Rosa describes the common midwife toad as playing an “essential role in terms of the ecosystem, sitting right in the middle of the food chain.”

He then goes on to explain that “thousands of over-winter large and fat tadpoles in a pond represent a considerable part of biomass and act as a nutritional prey item for many species, from invertebrates to snakes and birds.”

Interestingly however, not all populations of common midwife toads are at risk. Many factors have been known to govern Bd’s effects including temperature, infection dose, age, life-stage, species and even altitude. Disease-resistant species such as the American bullfrog are a major concern as they act as carriers, potentially exposing new populations to it.

“In Serra da Estrela, while some populations seem to have disappeared following Bd outbreaks, others (particularly in lower altitude sites) persist without being (apparently) affected, despite high levels of infection,” explains Rosa.

Bd’s presence is nevertheless significant, since its infectious properties pose a potential life-threatening risk to other amphibians in the region.

Since the diseases’ discovery in 1938, an effective treatment has not yet been formulated for wild amphibians and its future is still largely unknown.

“Several treatments have been tested (successfully) to clear Bd in infected frogs in controlled captive conditions,” says Rosa but “the applicability and success of such methods in natural populations is a totally different story.”

“Complete eradication of the disease from the environment has been shown to be virtually impossible,” he stresses.

Rosa goes on to highlight the importance of disease mitigation, insisting it is one of the key components in population management. He also states that major awareness of the problem in general populations is key to preventing the spread of diseases such as chytridiomycosis.

The IUCN currently recognizes 6000+ species of amphibians. Around 41% of these are believed to be threatened with extinction. While habitat loss remains the main protagonist behind depleting amphibian numbers, its combined effect with climate change and diseases such as chytridiomycosis could spell disaster for an essential group of organisms. 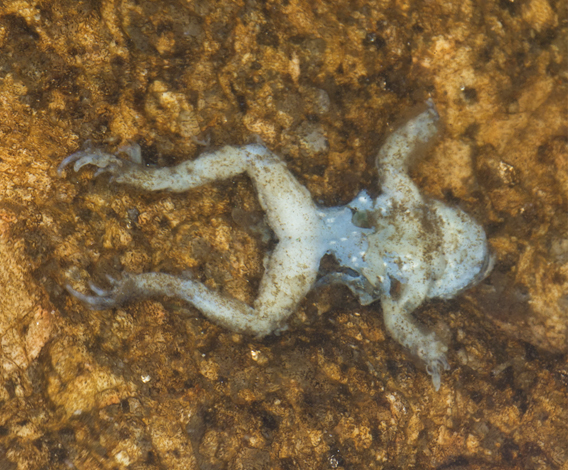 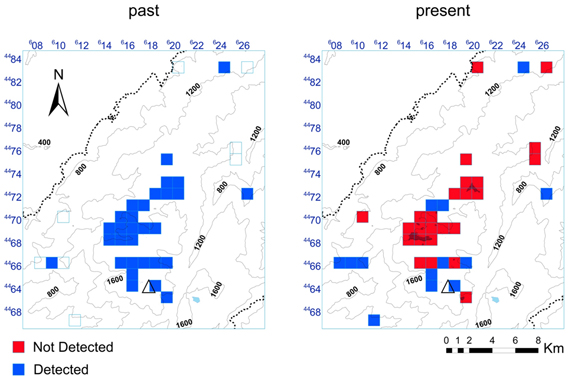 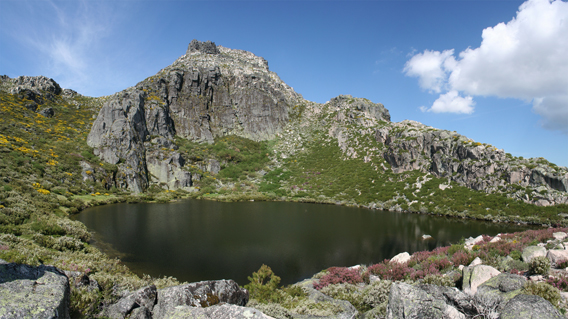 Big pond is called ‘Lagoa dos Cântaros’ and it is one of the sites were massive decline have been recorded. Photo by: Madalena Madeira. 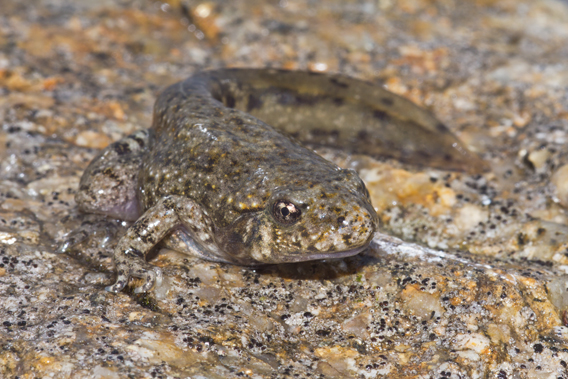