Brazil to inventory the Amazon 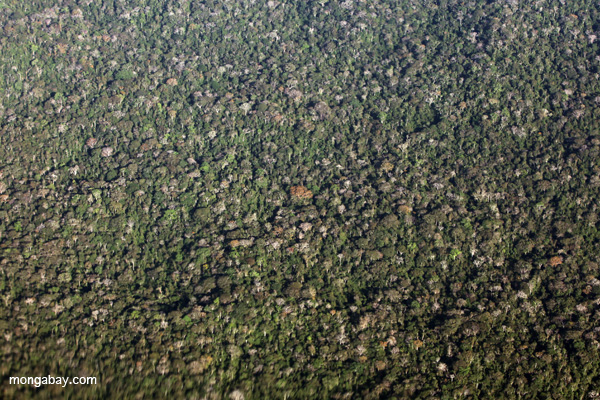 Brazil will launch a comprehensive inventory of trees in the Amazon rainforest for the first time in more than 30 years, reports BBC News.

The effort, which is expected to take four years, will provide data on tree species, soils, and biodiversity. The inventory will also yield information on potential economic use of forest resources, according to Environment Minister Izabella Teixeira. Brazil’s national development bank BNDES is providing $33 million for the initiative, which will release updates on the findings on an annual basis.

The last survey of the Amazon by the Brazilian government was conducted in the 1970s. The results were published in 1983. Since then, more than 500,000 square kilometers of the Brazilian Amazon have been raised, according to official figures. Larger areas have been subject to selective logging. However Brazil’s deforestation rate in the Amazon has slowed substantially over the past eight years. A mix of government interventions, private sector initiatives, and macroeconomic conditions are credited for the decline in forest clearing.