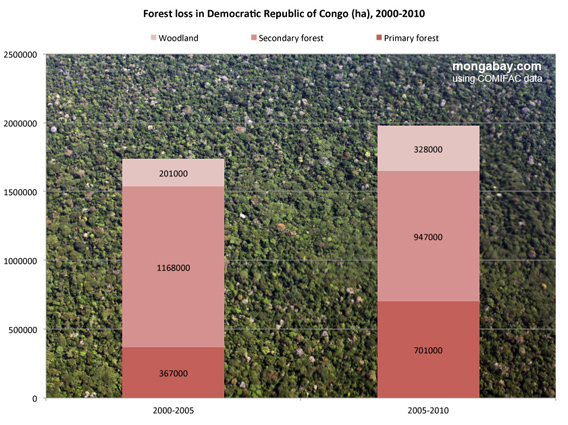 The Democratic Republic of the Congo (DRC) has its first Reducing Emissions from Deforestation and Degradation (REDD+) project validated and verified under the Verified Carbon Standard (VCS).

The Mai Ndombe REDD+ project covers 299,645 hectares of forest that was a former logging concession in Bandundu Province, according to ERA Carbon Offsets Ltd. and Wildlife Works Carbon LLC, the companies that developed the project. ERA and Wildlife Works estimate the project — the largest to win validation and verification under VCS to date — will avoid 175 million tons of carbon dioxide emissions over its 30-year life and generate “direct benefits” for a local community of 50,000 villagers.

Mai Ndombe is part of the Ngiri-Tumba-Mai Ndombe wetland, an area characterized by high levels of biodiversity, including forest elephants and bonobos.

The Congo Basin has the world’s second largest area of tropical rainforest after the Amazon.