Leopard poaching is a bigger problem in India than previously believed

by Caillie Mutterback on 31 October 2012 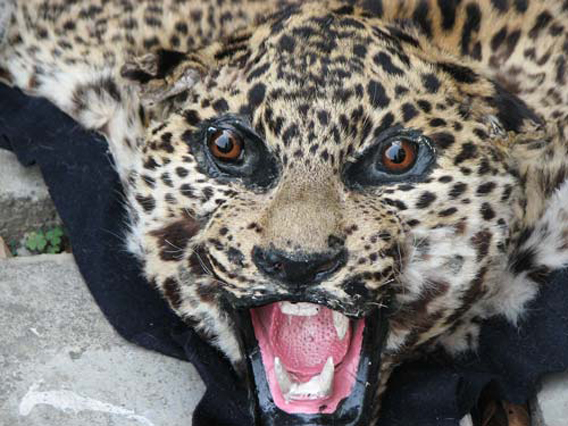 A recent study conducted by wildlife trade monitoring group TRAFFIC uncovered unnerving statistics about the illegal trade of leopards (Panthera pardus) in India: at least four leopards have been poached every week for the past decade in the country. The study, entitled Illuminating the Blind Spot: A study on illegal trade in Leopard parts in India, highlights the severity of leopard poaching from 2001 to 2010, despite preventative measures established in 1972 by the Wildlife Protection Act (WLPA) that prohibit the sale of leopard parts in India.

“TRAFFIC’s objective analysis has cast new light onto the sheer scale of illicit trade in leopard parts in India, which has hitherto been overshadowed by the trade in another of the country’s national icons, the tiger,” says Divyabhunusinh Chavda, President of WWF-India.

Using a compilation of statistics from newspaper records and the State Forest department, TRAFFIC found that the number of poached leopards was far higher than previously thought, more than doubling the reported statistics on illegal leopard trade. Of the 420 seizures of leopard parts reported in 21 Indian territories, 371 seizures consisted of only skins while 23 consisted of skins and other leopard parts (claws, bones, or skulls). Leopard bones and body parts are a popular substitute for tiger parts in Traditional Chinese Medicine, which may explain their presence in the illegal market. TRAFFIC estimates the total number of leopards poached during the past decade was over 2,000.

The study also points to several locations that have emerged as critical centers for the illegal trade sector. Delhi had the highest number of seized leopard parts, with more than 26% of India’s total seizures and identified as “the most important hub of illegal trade in Leopards,” according to the report. The state of Uttarakhand had the third highest number of seizures and the highest seizures that involved small numbers of killed leopards, which TRAFFIC says indicates the region as a major source of illegal leopard parts. Uttar Pradesh, Himachal Pradesh and Haryana were also highlighted as key trade hotspots. Every month, there is an average of 3.5 leopard seizures throughout India. Many of the leopard parts are smuggled to neighbouring countries in Asia such as Nepal, Myanmar, Laos and Tibet.

“Any increase in external market demand could easily lead to a decimation of leopard numbers in India, but I am hopeful this latest analysis will provide the impetus to catalyse effective conservation action; particularly increased effectiveness of law enforcement initiatives to curtail the illegal trade in leopard body parts,” Ravi Singh, Secretary General and CEO of WWF-India says.

Chavda also warns that “without an effective strategy to assess and tackle the threats posed by illegal trade, the danger is the Leopard numbers may decline rapidly as happened previously to the Tiger.”

TRAFFIC has several recommendations listed in their report to help curb the trade of leopards in India. They recognize that “a systematic, centralized and publicly accessible database on wildlife crime” could be established to garner a better understanding of the illegal wildlife trade and distribute the information to the public. The report also adds that “Human-Leopard conflict is a major driver for Leopard mortality and while it has not been analyzed for purposed of this study, further research is needed in order to evaluate how such conflict may be facilitating poaching of leopards and illegal trade in their parts.”

TRAFFIC also recommends a Task Force that would be able to analyze illegal poaching incidents and trade as well as develop ways to target key offenders. This Task Force would operate in those states where rates of illegal trade continue to be high and would enhance communication between representatives of multiple governmental and non-governmental agencies.

While leopards are highly recognizable around the world, there is a lack of scientific data on their population biology and ecology. Improved knowledge about the species would help conservationists create strategies to further protect them and monitor their populations. 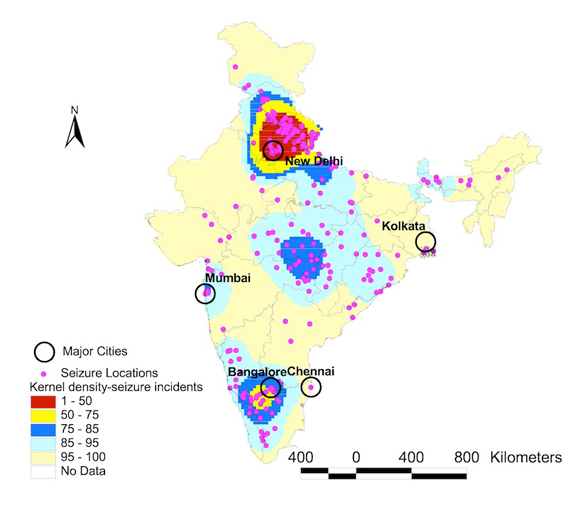 Tiger and cubs filmed near proposed dam in Thailand

(09/04/2012) A tigress and two cubs have been filmed by remote camera trap in a forest under threat by a $400 million dam in Thailand. To be built on the Mae Wong River, the dam imperils two Thai protected areas, Mae Wong National Park and Huay Kha Khaeng Wildlife Sanctuary, according to the World Wide Fund for Nature (WWF)