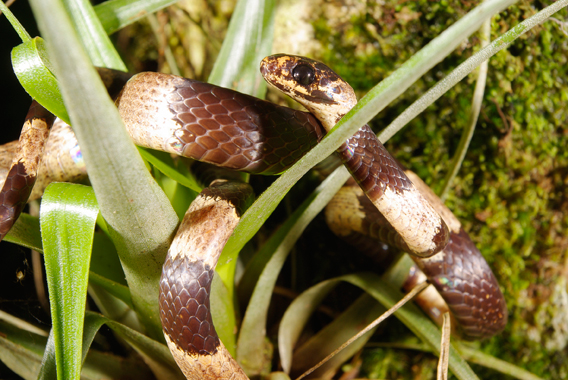 While scientists increasingly name new species after celebrities in order to gain much-needed attention for the world’s vanishing biodiversity, researchers describing a new snake species from Panama have taken a different route. Dubbing the new serpent, Sibon noalamina (‘no to the mine!’ in Spanish), the scientists are hoping the multicolored snake’s unusual name will draw attention to mining and deforestation issues in Panama’s remote Tabasará mountains.

“[‘No to the mine’] is used by members of the indigenous Ngöbe communities living in the Serranía de Tabasará in the course of their protests against mining interests aiming to exploit their territory, especially around Cerro Colorado,” the scientists explain in a paper describing the species in Zootaxa. “The specific name is given in recognition and support of the Ngöbe’s struggle to protect their territory and environment, which is home to the new species described herein and many others, from profit-driven destructive interventions.”

Discovered in the region’s montane rainforests, the 21-inch long new species is a variety of snail-eating snake, which also devours slugs, earthworms, and amphibian eggs. While it closely resembles another snail-eating species, Sibon noalamina has unique scalation and other differences that make it a distinct species.

However, high deforestation rates and the impending threat of ore and copper mining in the region puts this snake at risk, warn it’s discoverers who believe the species may only reside in the Tabasará mountains. In addition, the ‘no-to-the-mine snail-eating snake’ is not the only species at risk.

“Although comparatively little fieldwork has been carried out in this mountain chain,” the researchers note, at least five reptiles and two frogs are currently believed to be endemic to the Tabasará mountains. In addition, the region “shelter(s) surviving populations of various endangered amphibian species, some of which have not been detected elsewhere since the outbreak of chytridiomycosis in Lower Central America.” The amphibian disease, chytridiomycosis, has decimated populations across Central America, pushing a number of species to extinction.

But the Tabasará mountains remain under heavy pressure: over one-fifth of the region’s forests were lost in the 1990s alone. Meanwhile, little of the area is currently protected.

“Without the establishment of protected areas and the development of sustainable alternatives to large-scale forest clearance, these unique ecosystems will vanish in the foreseeable future,” lead author Sebastien Lotzkat with the Senckenberg Research Institute says in a press statement, “and with them, the congenial colubrid, its crawling and croaking fellows, and the livelihoods of the indigenous population.” 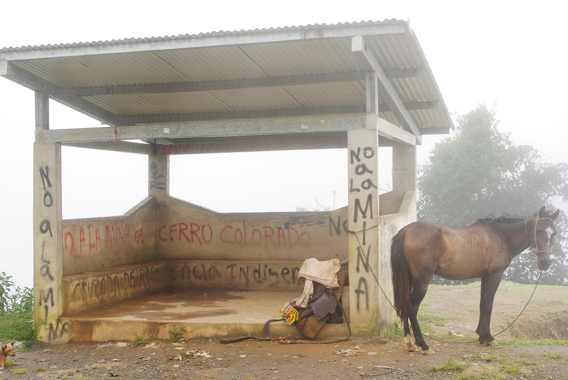 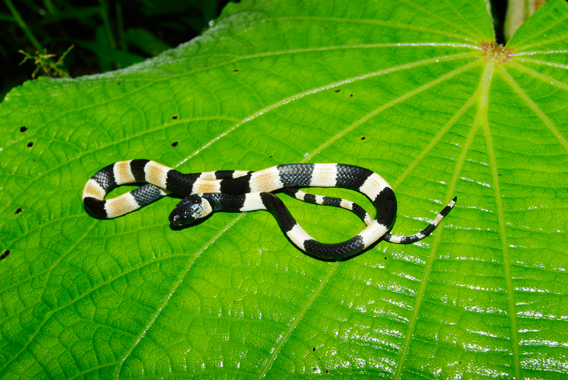 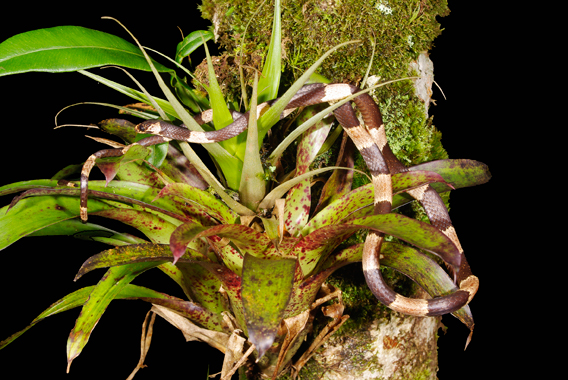 CITATION: Sebastian Lotzkat, Andreas Hertz, Gunther Kohler. A new species of Sibon (Squamata: Colubroidea: Dipsadidae) from the
Cordillera Central of western Panama, with comments on other species
of the genus in the area. Zootaxa. 3485: 26–40 (2012).