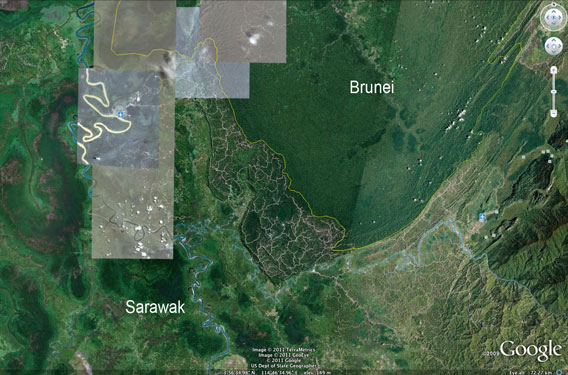 Logging roads and damaged forest in Sarawak compared with the healthy forest of Brunei. Photo courtesy of Google Earth.

Abdul Taib Mahmud, who has headed the Malaysian state of Sarawak for over 30 years, is worth $15 billion according to a new report by the Bruno Manser Fund. The report, The Taib Timber Mafia, alleges that Taib has used his position as head-of-state to build up incredible amounts of wealth by employing his family or political nominees to run the state’s logging, agriculture, and construction businesses. Some environmental groups claim that Sarawak has lost 90 percent of its primary forests to logging, while indigenous tribes in the state have faced the destruction of their forests, harassment, and eviction.

Taib employs “corruption and abuse of public funds to enrich himself, his family and his political allies through land appropriation and destructive logging of the Borneo rainforest,” the report alleges, noting that the net worth of twenty family members, including Taib, is over $20 billion. In Sarawak alone, the family has deep financial ties to state timber, plantations, construction, electricity, property development, and the government media. One Taib company, Achi Jaya Transportation, has a monopoly on all logging exports out of the state. Achi Jaya is run by Taib’s brother, Onn Mahmud, who himself is worth $2 billion.

The Taib family has also built an empire abroad. According to the report, the Taib family has connections to over 400 companies in 25 nations worldwide, including 22 in Australia, nine in Canada, and six in the U.S. By siphoning funds through third parties, the report states that “[Taib’s] name rarely ever appears” on official documents, but the trails lead to him.

“We believe our research is showing merely the tip of the iceberg as many family assets are likely to be hidden overseas or in offshore
districts where information is virtually impossible to obtain,” the report reads. “The Bruno Manser Fund is therefore calling on anti-corruption and
anti-money-laundering authorities worldwide to investigate.”

Taib, who has been head of Sarawak since 1981, recently claimed that 70 percent of Sarawak’s forest cover was intact. But Bruno Masner Funds told mongabay.com that satellites show only 5-10 percent of the state’s forests are intact. The government of Sarawak has not allowed foreign inspection of its forests since 1991.

Last year it was announced that Taib was under investigation by the Malaysian Anti-Corruption Commission (MACC) for corruption in the timber industry. Numerous European governments and Australia are currently monitoring his many investments abroad. 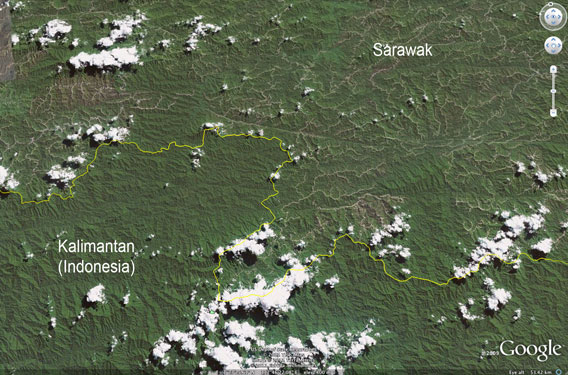 (07/27/2011) A ‘green’ building development being built by Frasers Property Australia in Sydney has been accused of using illegally-sourced plywood from Malaysian state of Sarawak in Borneo, according to a new Greenpeace report. The wood in question comes from a subsidiary of Samling, a company that has been connected to illegal logging and abusing the rights of indigenous groups in the past. After the revelations came to light, Frasers Property Australia said they would conduct an audit of the wood which was provided to them by Australian Wood Panels (AWP).