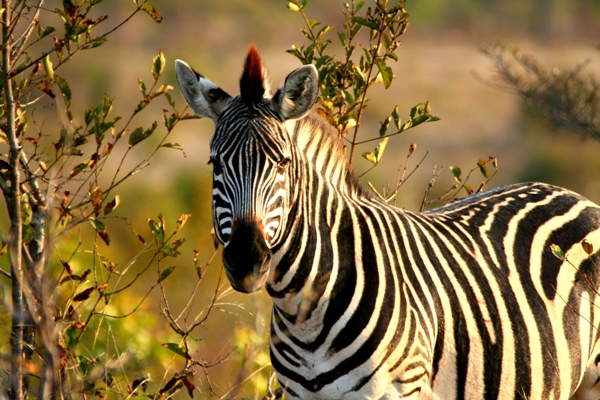 How far can scientists trust local knowledge when it comes to ecosystems? This is a question that is undergoing heavy debate in scientific circles. A new study in mongabay.com’s open access journal Tropical Conservation Science contributes to the debate by finding that basic local knowledge of animal abundance in Gonarezhou National Park, Zimbabwe aligned closely with scientific surveys.

“Human communities, especially those living in and around protected areas, often have important and long-standing relationships with these areas, giving local people particular knowledge about the environments in which they live,” the researcher, Edson Gandiwa, writes, adding that however “there are still doubts and heated debates about [local knowledge] viability.”

Interviewing 236 villagers regarding wild animal abundance between 2000 and 2010, Gandiwa found that local knowledge largely meshed well with scientific surveys. Seventy-six percent of respondents said that wild animal abundance has risen over the decade, while 9 percent thought it was stable and 15 believed it had declined.

Aerial surveys show that elephant, impala, African buffalo, kudu, and zebra have all increased, while eland, giraffe, and sable are either stable or seen a slight decline. In addition, big carnivores (spotted hyena, leopard, African wild dog, cheetah and lion) have all increased.

While respondents’ perceptions mostly tracked those of the aerial surveys, most respondents thought African wild dog, cheetah, and leopard had declined.

“Local people may have less knowledge on cryptic animal species, such as carnivores, which are very difficult to see and encounter, or those being interviewed may not understand the full life cycle or biology of some species,” Gandiwa notes, adding that most local knowledge about wildlife abundance is garnered through sightings of wild animals.

“Most local ecological knowledge is inherently qualitative and difficult to validate, but it could help to identify coarse changes in population size,” Gandiwa concludes, noting that such perceptions could be used to supplement scientific surveys or as proxy data where resources are lacking.

(12/12/2011) Bushmeat hunting is one of the major threats to mammals in sub-Saharan Africa. Although widely discussed and recognized as an issues in Central and West Africa, a new study in mongabay.com’s open access journal Tropical Conservation Science describes a pattern of bushmeat hunting that is also occurring in southern Africa. Interviewing 114 locals living adjacent to Gonarezhou National Park in Zimbabwe, Edson Gandiwa with Wageningen University found that the primary drivers of illegal hunting in the park were bushmeat and personal consumption (68 percent).

(07/22/2011) Scientists have found a male African wild dog that has undergone an epic trip. In April 2010 the male dog was photographed in Save the Valley in eastern Zimbabwe then recently the same animal was photographed in Northern Tuli Game Reserve in Botswana some 250 miles (400 kilometers) apart. This is one of the longest distances ever recorded for an African wild dog.

Slaughtered elephant served up at Zimbabwean rally with president

(10/12/2010) On the menu at the most recent rally for the Zimbabwe African National Union Political Front (ZANU-PF): 3 African buffalo, 3 elephants, and a lot of smaller game according to SW Radio Africa. Attended by Zimbabwe’s President and founder of ZANU-PF, Robert Mugabe, the rally also celebrated the opening of the Women’s Celebration Bank.

(02/14/2010) Last week the secretary of the UN Convention on International Trade in Endangered Species (CITES), Willem Wijnstekers, announced that security forces in Zimbabwe had poached approximately 200 rhinos in a two year period. He did say how many elephants were poached by security forces.