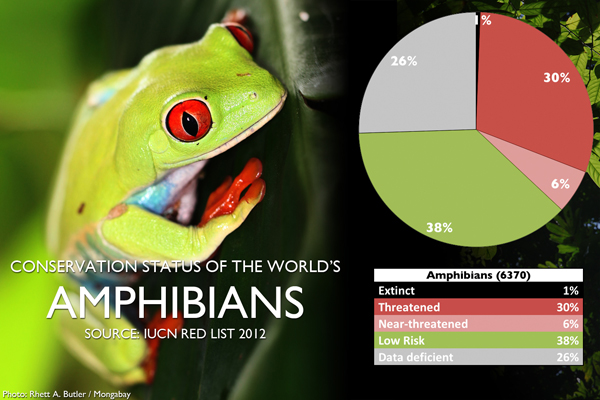 Climate change, which is spawning more extreme temperatures variations worldwide, may be worsening the effects of a devastating fungal disease on the world’s amphibians, according to new research published in Nature Climate Change. Researchers found that frogs infected with the disease, known as chytridiomycosis, perished more rapidly when temperatures swung wildly. However scientists told the BBC that more research is needed before any definitive link between climate change and chytridiomycosis mortalities could be made.

“Our results suggest that decreases in climate predictability associated with climate change could increase Batrachochytrium dendrobatidis (Bd) and amphibian declines,” the researchers write. Bd is the specific fungus that causes chytridiomycosis, which has decimated amphibian populations worldwide, likely playing a major role in several recent extinctions.

Still, the scientists say more research will be needed, including looking at other frog species.

In part due to chytridiomycosis—as well as habitat loss, overconsumption, and pollution—amphibians are among the world’s more imperiled animal groups. Currently 30 percent of the world’s frogs are listed as threatened by the IUCN Red List. However, that percentage jumps higher when one considers that a dearth of data for a quarter of the world’ amphibians makes them impossible to assess at this time. It’s believed that at least 120 amphibians have gone extinct since 1980. 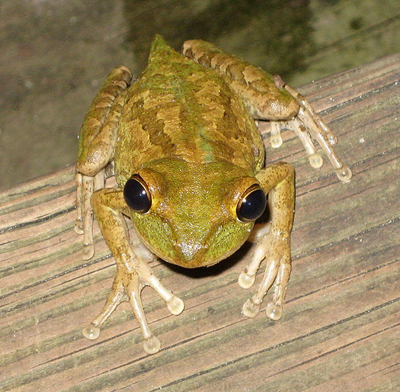 (07/23/2012) Researchers are treating tadpoles in Kings Canyon National Park with a bacteria they hope will provide immunity to an infamous fungal disease, reports the San Francisco Gate. The bacteria could be key not only to saving California’s mountain yellow-legged frog (Rana muscosa), which is listed as Endangered by the IUCN Red List, but also frog species around the planet, many of which have been decimated by the chytrid fungal disease.

(01/03/2012) The chytrid fungus, which is responsible for the collapse of numerous amphibian populations as well as the extinction of entire species, has been located for the first time in India, according to a paper in Herpetological Review. Researchers took swabs of frog in the genus Indirana in the Western Ghats and found the killer fungus known as chytridiomycosis.