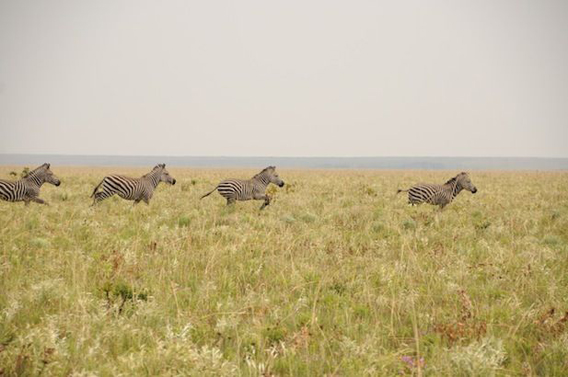 The only herd of zebra in the DRC is found in Upemba National Park. After decades of poaching the herd is only about 20 strong. Photo by: Frankfurt Zoological Society (FZS).

Mai mai rebels, likely linked to poachers, raided the headquarters of the remote Upemba National Park last weekend, reports the Frankfurt Zoological Society (FZS) which is working to rehabilitate the park in the Democratic Republic of the Congo (DRC). Fortunately, no one was injured in the raid, but equipment was stolen. The raid comes only a few weeks after a different group of rebels murdered seven people and shot dead 13 captive okapis at the Okapi Wildlife Reserve.

“These Mai Mai were looking for ICCN poaching reports in order to destroy them, so either they were poachers or they were connected to poaching,” Radu Dumitrascu, Program Communications Officer with the FZS, told mongabay.com. “There is no ideology behind this movement, they are just roving gangs, minding only their interests and probably taking advantage of the general instability in Eastern Congo to solidify their position.”

A disparate group, the mai mai rebels are leftovers from the DRC’s long civil wars. In this case the raiders arrived heavily armed with machine guns and rocket propelled grenades according to a blog on the attack.

Upemba National Park was once home to teeming herds of zebra, elephant, and antelope, in addition to lions and rhinos. However, decades of civil war and rampant poaching, left most of the park empty of animals, though it still contains the DRC’s only herd of zebra.

In 2004, Upemba Naitonal Park suffered a devastating attack from mai mai rebels who killed seven park rangers and one of their wives.

The Frankfurt Zoological Society (FZS)’s new program, Call from the Wild, is working to rehabilitate a number of parks in the DRC, including Upemba, that have been decimated by decades of war and a booming bushmeat trade.

Dumistrascu said the most recent raid on the headquarters wouldn’t deter the group’s mission.

“FZS is determined to continue its work in Upemba National Park, we have made great progress over the last year in rehabilitating the park’s infrastructure and the Lusinga headquarters and we continue to believe that this park has great potential in DRC. We will, however, continue to follow our security protocols and make sure that our staff is safe at all times.” 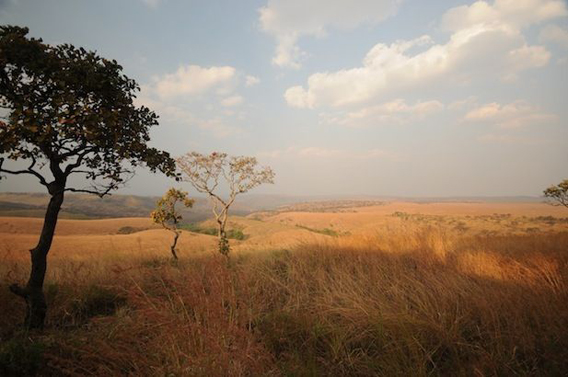 Unlike much of the DRC, Upemba National Park is largely savannah. Photo by: Frankfurt Zoological Society (FZS). 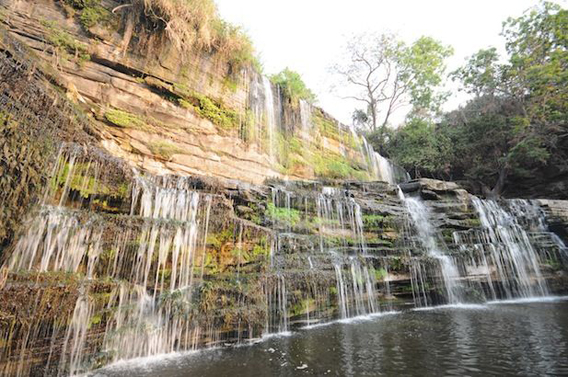 Waterfalls in the park. Photo by: Frankfurt Zoological Society (FZS).

(07/16/2012) American artist, Roger Peet—a member of the art cooperative, Justseeds, and known for his print images of vanishing species—is headed off to the Democratic Republic of the Congo (DRC) to help survey a new protected area, Lomami National Park. With him, he’ll be bringing 400 bandanas sporting beautifully-crafted images of the park’s endangered fauna. Peet hopes the bandanas, which he’ll be handing out freely to locals, will not only create support and awareness for the fledgling park, but also help local people recognize threatened species.