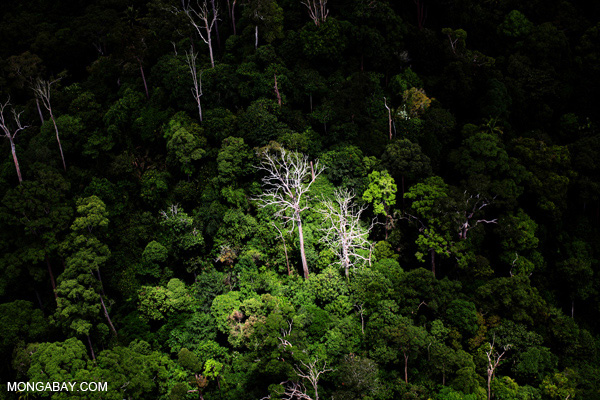 Combining historical records with field observations and global climate models Tomo’omi Kumagai and Amilcare Porporato of Duke University find that an sharp increase in drought conditions — a product of warmer temperatures in the Indian Ocean and higher frequency of el Niño events — will make it more difficult for Borneo’s rainforest tree species to survive.

“As El Niño events become more frequent in the future in response to warming in the tropical oceans, even the species of trees that can adapt to drought conditions will be at increased risk of dying off,” stated a press release from the American Geophysical Union (AGU). “The small number of species that cannot adapt well to drought conditions will be at even greater risk of dying off.”

The growing risk to rainforests from the effects of climate change are a worrying sign for efforts to curtail global warming. Tropical forests are currently an important carbon sink. But as they burn or die off from drought, the carbon they store is released, contributing further to climate change.