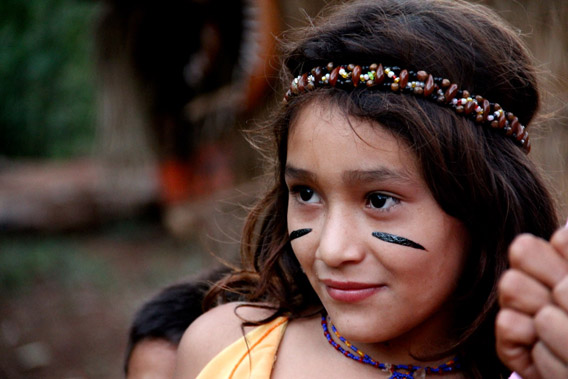 “The agreement that has been reached is truly ground-breaking,” John Burton the head of World Land Trust (WLT) said in a press release, “and it’s been heralded as such by the government of Misiones. In my view, it is probably the most important land purchase the WLT will ever make, because of the innovations involved and the wealth of biodiversity it protects.”

“The rainforest of Misiones is the largest remaining fragment of the Atlantic Rainforest of South America. It is full of unique plants and important animal species—it is vital to preserve the best sample of this ecosystem,” noted Sir Ghillean Prance, an advisor to the project and scientific director of the Eden Project, in a press release.

The establishment of the Emerald Green Corridor, which was purchased from logging company Moconá Forestal, ends 16 years of the Guarani communities fighting for their traditional lands. The land will now be considered Traditional Indigenous Lands, while the indigenous community is currently working on a conservation management plan to protect the forest and its species.

The provincial government of Misiones plans to highlight the project at the Rio+20 UN Summit on Sustainable Development as an example of conservation and indigenous rights. 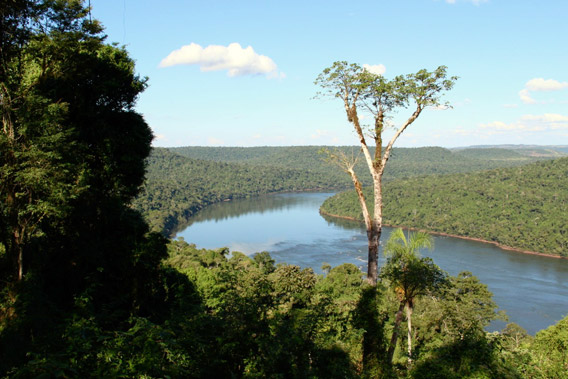 The Atlantic Forest in Misiones. Photo by: WLT. 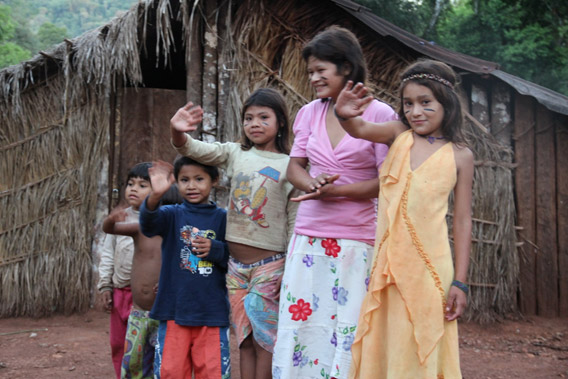 Guarani family welcomes John Burton (WLT CEO) to their village the day after he signs the agreement, they later sing a traditional song in thanks. Photo by: WLT. 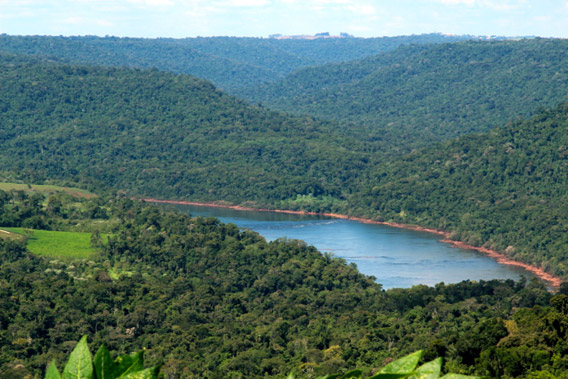 Overlooking the Atlantic Rainforest and Uruguay River in Misiones, then onwards to neighboring Brazil. Photo by: WLT.

(09/26/2011) Aggressively expanding sugarcane ethanol is putting Brazil’s nearly-vanished Atlantic Forest at risk, according to an opinion piece in mongabay.com’s open-access journal Tropical Conservation Science. Already down to less than 12 percent of its original extent, the Atlantic Forest—home to over 7,000 species that survive no-where else—is facing a new peril from ethanol, used as an alternative to gasoline and often touted as ‘green’ or ‘environmentally-sustainable’.

(08/13/2010) The United States will cut Brazil’s debt payments by $21 million under a debt-for-nature that will protect the Latin American country’s endangered Atlantic Rainforest (Mata Atlantica), Caatinga and Cerrado ecosystems.