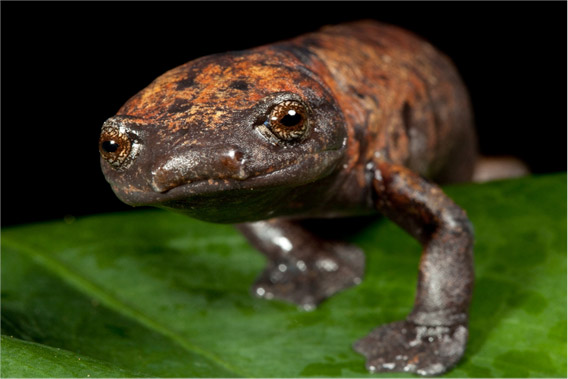 Fifteen conservation groups have banded together to save around 2,400 hectares (6,000 acres) of primary rainforest in Guatemala, home to a dozen imperiled amphibians as well as the recently discovered Merendon palm pit viper (Bothriechis thalassinus). The new park, dubbed the Sierra Caral Amphibian Reserve, lies in the Guatemalan mountains on the border with Honduras in a region that has been called the most important conservation area in Guatemala.

“This major land purchase lifts the last hurdle for the Guatemalan government to declare the area a National Wildlife Sanctuary, something that local communities and conservationists have been desperately awaiting since 2000,” said Marco Cerezo, head of FUNDAECO, in a press release. FUNDAECO, a Guatemalan conservation group, spearheaded the drive to save the wilderness from conversion into cattle pasture.

By partnering with Global Wildlife Conservation, FUNDAECO was able to enlist the help of over a dozen conservation groups to raise the money needed to save the forest. The Guatemalan government had previously pledged to protect the forest but held off due to lack of funds.

“This success story demonstrates how international alliances and local and national conservation leadership capacity can come together and protect unique species and habitats for future generations to enjoy,” said. Claude Gascon, co-chair of the IUCN/SSC Amphibian Specialist Group.

One of the most fascinating species in the forest is the elusive and little-known Merendon palm pit viper. A bluish-green snake, the species was only described in 2000. In addition, the reserve is home to three salamander species known only from the Sierra Caral mountain range. Alarmingly, nearly half of the amphibians (5 out of 12) in the reserve are currently listed as Critically Endangered by the IUCN Red List.

Not just home to reptiles and amphibians, the park is also vital habitat for threatened bird species. The Sierra Caral Amphibian Reserve is known to harbor populations of the highland guan (Penelopina nigra), the great curassow (Crax rubra), and the keel-billed motmot (Electron carinatum), all three of which are listed as Vulnerable by the IUCN Red List. In addition, the forest is an important stopover for hundreds of migrating bird species.

“The Sierra Caral reserve is important not only for the rare and endangered species that are unique to the region, but also as a corridor for animals between the continents,” explains Brian Sheth, chair of Global Wildlife Conservation.

As such, the preserve is also a vital piece of the ‘Jaguar Corridor Project’ which aims to preserve habitat for jaguars and other animals from Mexico to Argentina. The conservation groups note that the forest has been little-studied and may still hold species unknown to science. Recent decades have seen new species of insects and amphibians uncovered in the mountains in addition to the discovery of the Merendon palm pit viper.

“This is a real triumph for the planet—conservationists across North and Central America banded together to save the last stand of this unique rainforest,” said Paul Salaman, head of the World land Trust-U.S. 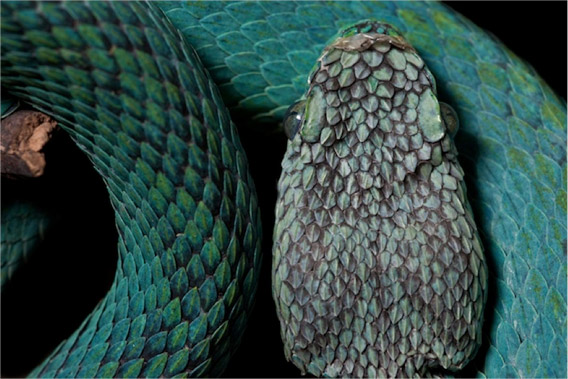 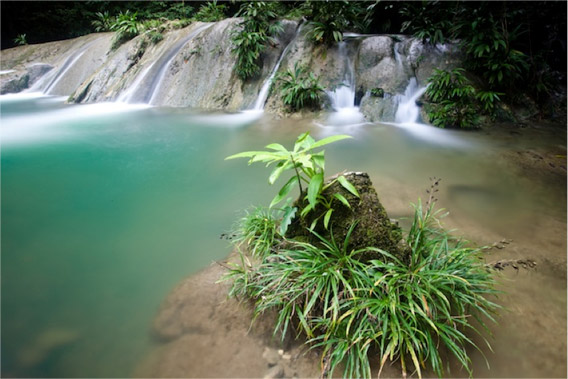 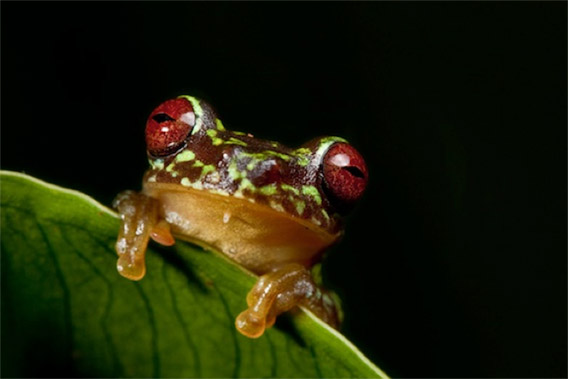 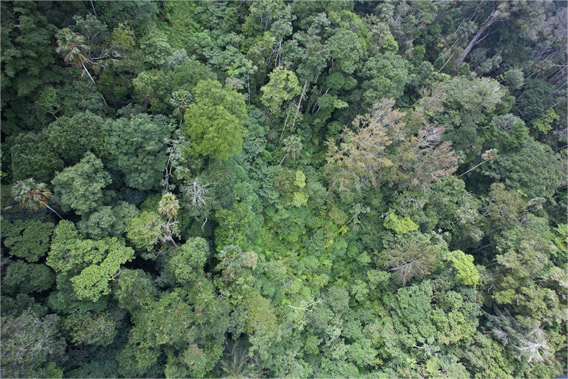 Aerial view of a portion of the new Sierra Caral Amphibian Reserve. Photo by Robin Moore/robindmoore.com. 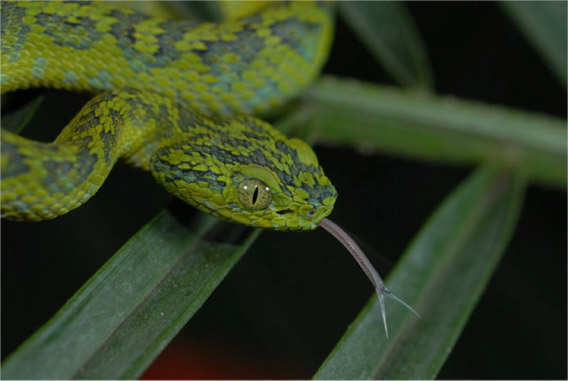 More on the efforts to save the biodiversity of Sierra Caral region in Guatemala.

(02/09/2009) Salamanders in Central America — like frogs, toads, and other amphibians at sites around the world — are rapidly and mysteriously declining, report researchers writing in the journal Proceedings of the National Academy of Sciences. Disturbingly, salamanders are disappearing from protected areas and otherwise pristine habitats.

(10/05/2006) Tropical forest conservation efforts in Guatemala will receive $24 million under a debt-for-nature swap arranged by conservation International (CI), The Nature Conservancy, and the governments of the United States and Guatemala.

(04/10/2006) Hundreds of fires are burning across Central America according to NASA satellite images and reports from the ground. Fires have been detected in Mexico, Guatemala, El Salvador, Honduras, and Nicaragua.

(11/13/2005) In the tropical forests of Guatemala, poor rural farmers and loggers are battling environmentalists, archaeologists, and Mel Gibson over the establishment of a 525,000-acre Mayan national park.