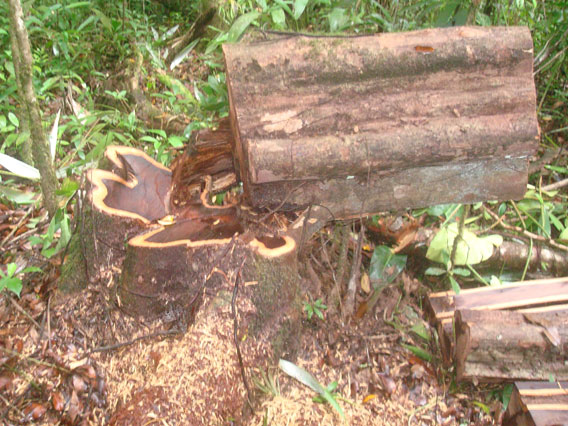 The Belizean Government has banned the harvesting and export of rosewood with immediate effect, in response to the widespread clearing of the hardwood species for the Asian market.

A government statement released on Friday, March 16th claimed the moratorium was necessary “to carry out an orderly assessment of the situation on the ground and as a first response to regulate the timber trade occurring in southern Belize.” The government would subsequently institute “a rigorous regulatory framework throughout the country.”

Southern Belize had been the remaining stronghold of Honduran Rosewood (Dalbergia stevensonii) until it became subject to widespread felling for the Chinese market. The ruling United Democratic Party (UDP) had been criticized for overseeing a situation in which no effective control system was put in place. The UDP narrowly won reelection on March 7th but lost control of southern constituencies to the opposition People’s United Party.

On March 13th the government unexpectedly named conservationist Lisel Alamilla as Minister of Forestry, Fisheries, Sustainable Development and Indigenous Peoples. Alamilla was formerly Director of the southern Belize-based Ya’axché Conservation Trust which had argued for a moratorium, pointing to the
widespread felling of immature trees as showing that rosewood numbers had fallen to a critical level.

The extraction of the hardwood has been particularly controversial when carried out on land that the country’s Supreme Court has ruled belongs in common to Maya villages, a legal judgment that the government is appealing and has refused to enforce. This uncertainty has seen Forest Department personnel declining to enter Maya land to monitor logging, and village leaders lacking the communal legal title to their land with which to establish community boundaries.

The government has refused to provide legal titles while it appeals the ruling, but rainforest communities that gained recognition of their land ownership through a previous case have proved more inclined to preserve rosewood stocks for long-term management. The Maya village of Conejo is one such community, and instead of clearing the population beyond the species’ point of recovery has established an internationally endorsed program of community-based sustainable forest management.

Following an inventory made of the trees in the village’s territory, a specified number of trees beyond a certain trunk-circumference are harvested each year, providing funds for villagers while maintaining forest cover and the populations of valuable hardwoods. These enterprises will still be able to operate under the moratorium, but the decimation of the rosewood stock elsewhere is likely to mean that other villages will find it difficult to emulate this project for a century at least, even if the slow-growing rosewoods are reestablished.

In the short term the moratorium will end the felling and hauling of the timber that has been widely visible, stacked adjacent to dirt tracks through the jungle or loaded onto trucks and pickups traveling out of the south. In the longer term it may prove too late to preserve rosewood as a common species of the Belizean rainforest. 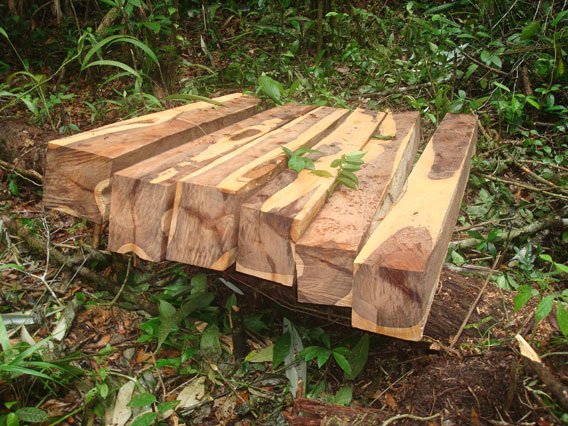 (01/06/2011) Scientists have confirmed the presence of a harpy eagle nest in the Maya Mountains of Belize. The discovery represents the most northerly breeding pair in the Americas, and signals a comeback for a species which has become locally extinct in much of Central America due to human activity.