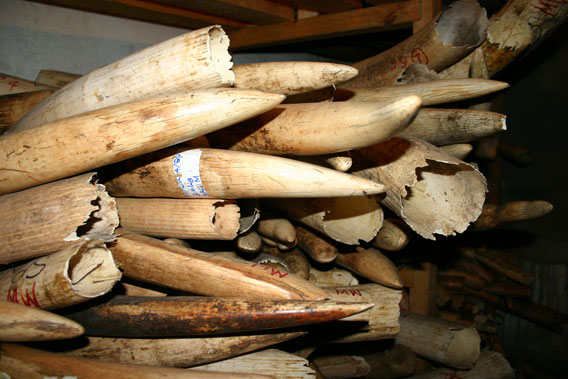 Although the international ivory trade has been banned since 1989, last year was the worst ever for elephant poaching, and this year has begun little better as reports come out of Cameroon of hundreds of elephants slaughtered in a single park. What went wrong? According to a new briefing by the Environmental Investigation Agency (IEA), approved legal auctions of ivory by the Convention on International Trade in Endangered Species (CITES) to Japan and, especially, China has fueled, rather than abated as promised, the illegal trade along with mass deaths of elephants across Africa.

“The decision to allow CITES-sanctioned ivory auctions and a limited ‘legal’ trade has been an unmitigated disaster for vulnerable elephant populations,” EIA Executive Director Mary Rice told the UK’s House of Commons Environmental Audit Committee’s hearing on Wildlife Crime on Wednesday. “The vast majority of seizures of smuggled ivory are destined for China, the black market there is flourishing.”

“EIA undercover investigators met with a range of ivory dealers and retailers,” reads the EIA policy briefing. “These conversations revealed a market free of effective control, with Guangzhou at the epicenter. Dealers spoke of a network of suppliers using shifting smuggling routes, such as via northern Vietnam, and sophisticated methods, such as concealing ivory in metal boxes suspended below ships.”

The EIA is calling on the EU to strip China of its “approved buyer” status for legal ivory, and call for an independent investigation of the ivory trade in China. The briefing says the “[EU] has been particularly weak on the issue.”

The skulls of a family of elephants that were slaughtered for their tusks in Quirimbas National Park, Mozambique. Photo by: EIA.

(03/14/2012) The International Fund for Animal Welfare (IFAW) has recently returned from Bouba Ndjida National Park in northern Cameroon, where at least 400 elephants have been slaughtered since mid-January. IFAW is the only international organization that has assessed the situation within the park.