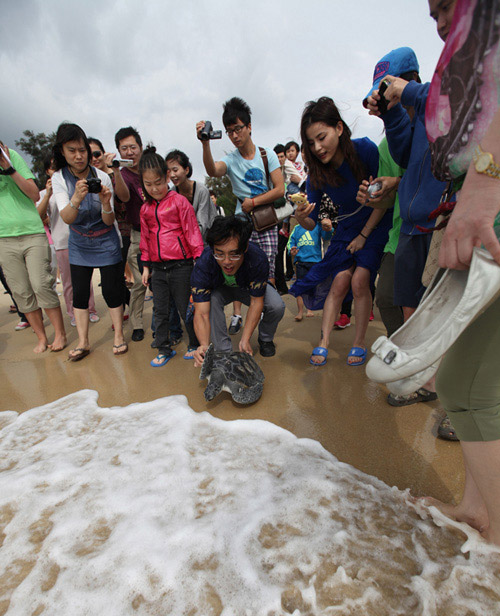 Last month, an organization devoted to marine turtles in the China, Sea Turtles 911, released a green sea turtle (Chelonia mydas) back into the wild in an event that included adoring crowds and a lecture on sea turtle conservation. The green sea turtle, dubbed “Crush,” had been rescued from a local fishing village. Green sea turtles are listed as Endangered by the IUCN Red List.

“Despite the endangered status of sea turtles, there remains a thriving illegal market for sea turtle meat and products in China,” a press release from Sea Turtles 911 notes.

Founder of Sea Turtles 911, Frederick Yeh, echoed a line from famous basketball star Yao Ming at the event: “When the buying stops, the killing can too.” Ming has become a champion of protecting sharks by raising awareness of the shark-fin trade.

Attending the event was also marine turtle scientist, George Balazs with the IUCN. Balazs noted that there was hope for China’s sea turtle, pointing out that not long ago marine turtles were vanishing from the islands of Hawaii, but today conservation measures have preserved many populations there.

Sea Turtles 911 is also partnering with the Ritz Carlton on Hainan Island. The hotel is providing a home for injured sea turtles as well as education and awareness-raising opportunities for guests. 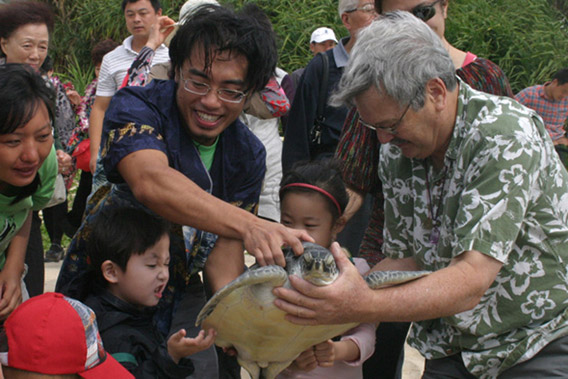 Frederick Yeh on the left and George Balazs on the right with and children admire Crush before setting him free. Photo by: Sea Turtles 911. 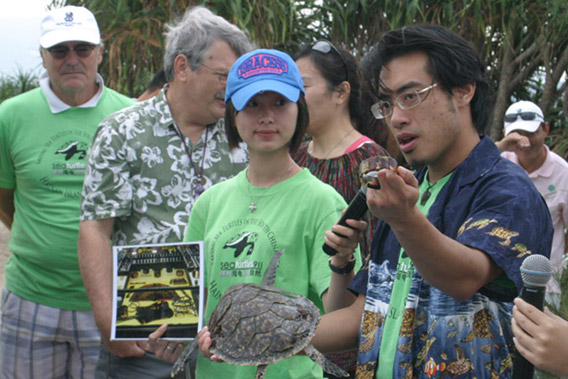