Photos of the day: satellite tagging a 12-foot saltwater crocodile 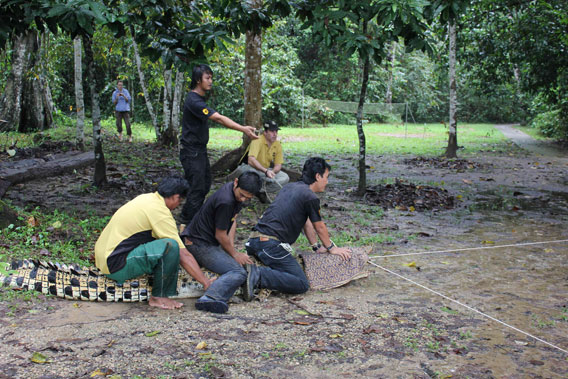 Researchers in the Malaysian state of Sabah in Borneo have successfully satellite-tagged a 3.6 meter (11.8 feet) saltwater crocodile (Crocodylus porosus) in an effort to study human-wildlife conflict with the world’s largest reptile. As massive, powerful reptiles they are quite capable of injuring and killing adult humans.

“Most human-crocodile conflicts surround large males. By satellite tagging these individuals, long-term seasonal movements can be established and it is then possible to determine how lack of food may be forcing individuals to consider humans as a source of protein,” explained Dr Benoit Goossens, Director of Danau Girang Field Center and leader of the Kinabatangan Crocodile Program, in a press release. “We plan to focus on 10 main rivers in Sabah and set up satellite collars on males in each of those rivers.” This was the second saltwater crocodile trapped so far for the program.

Saltwater crocodiles are not currently considered endangered, but the species not been evaluated by the IUCN Red List in over a decade.

“This time, we set up a camera trap in the cage and we managed to catch some amazing shots of the crocodile when he entered the cage, snapped the bait and then moved in the trap after it was shut,” explained Mark Rampangajouw, manager of Danau Girang Field Center. 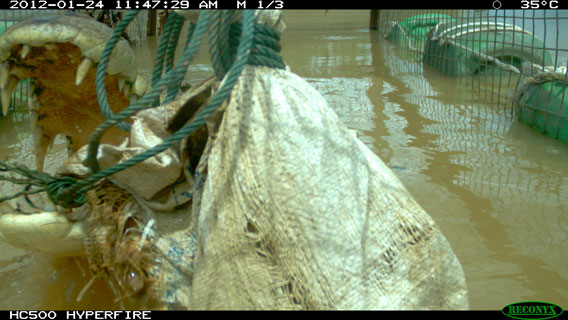 The crocodile, dubbed Lais, taking the bait as captured. Photo courtesy of DGFC. 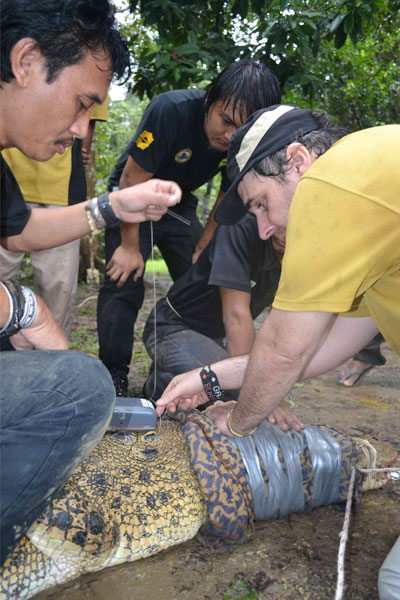 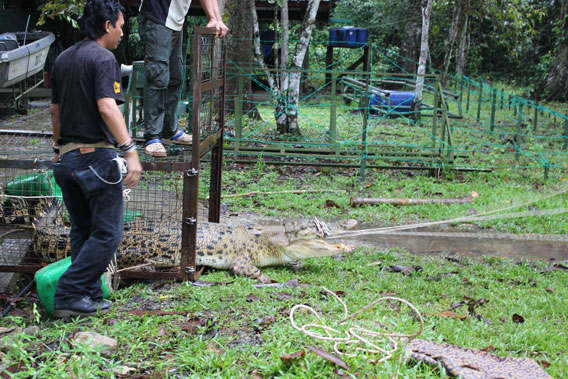 DGFC and Wildlife Rescue Unit staff getting Lais out of the trap. Photo courtesy of DGFC. 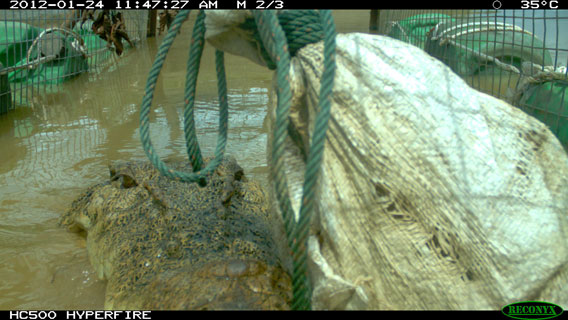 Lais checking the camera trap before being caught. Photo courtesy of DGFC.