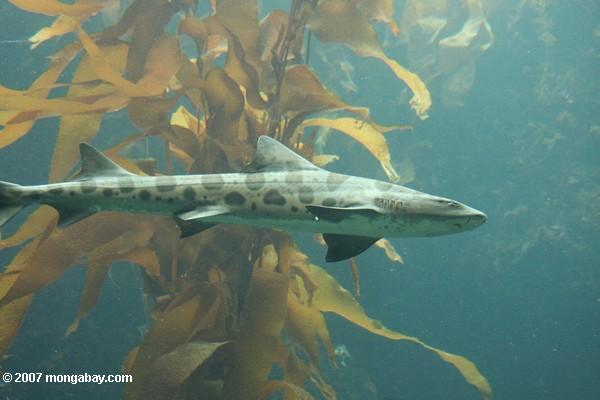 California moved a step closer to banning the sale and trade of shark fin with the passage Tuesday of Senate Bill 376. The bill, which passed 25-9, now goes the governor, whose approval would make the ban law. The bill was introduced to the California State Assembly February this year by Paul Fong (D-Cupertino) and Jared Huffman (D-San Rafael).

Conservationists say a ban on the shark fin trade in California will help reduce pressure on declining shark populations and could help spur similar legislation in other states. Already Washington, Oregon, Hawaii, Guam, and the Commonwealth of the Northern Mariana Islands have adopted such bans.

“This new law represents a much needed shift in the way we treat our ocean’s fragile resources,” Alexandra Cousteau, founder of Blue Legacy and granddaughter of conservation pioneer Jacques-Yves Cousteau, said in a statement.

“Sharks are one of our oceans’ top predators, keeping the entire ecosystem in check, but many shark populations are now endangered as a result of human greed and lack of understanding,” said Christopher Chin, Executive Director of theCenter for Oceanic Awareness, Research, and Education, Inc. (COARE), a group that has pushed for the ban. “[Sharks] are extremely sensitive to fishing pressures, and are slow to recover from overfishing.”

According to COARE, the shark fin trade in California is partly driven by lack of awareness among consumers, who expect restaurants and shops to sell the product.

“We find that some Chinese and Chinese-Americans simply don’t understand the issues. If people knew more about these animals and their crucial role in the ocean, they would want to protect them”, said Chin. “This bill helps directly address those informational shortcomings, and provides a simple solution for those who requested, ‘make it illegal so we don’t have to sell it.'”