Sarawak’s leader under investigation for corruption linked to logging Logging roads and damaged forest in Sarawak compared with healthy forest in Brunei. In March Taib claimed that 70 percent of Sarawak’s forest was “intact”, a claim that was quickly undermined with a simple “flyover” using Google Earth. Photo courtesy of Google Earth.

In his 30 years of rule over Sarawak, the western-most state in Malaysian Borneo, Taib has had enjoyed close ties with the logging sector. During that time, Taib and his family members have amassed hundreds of millions of dollars in overseas properties. Campaigners allege the holdings are a direct product of his links to the forestry industry, which has inflicted heavy damage on state’s rainforest and run roughshod over the rights of traditional forest dwellers, including the once-nomadic Penan. Taib has at times resorted to force in breaking up protests by the Penan against logging and oil palm plantation development. He has also greatly restricted press freedoms in the state.

The announcement that Taib is facing a graft probe by the federal government was welcomed by the Bruno Manser Fund, which has long advocated on behalf of Sarawak’s forest people.

“The announcement of MACC’s probe into the source of Taib’s assets is long overdue”, said the Bruno Manser Fund’s executive director, Lukas Straumann, in a statement. 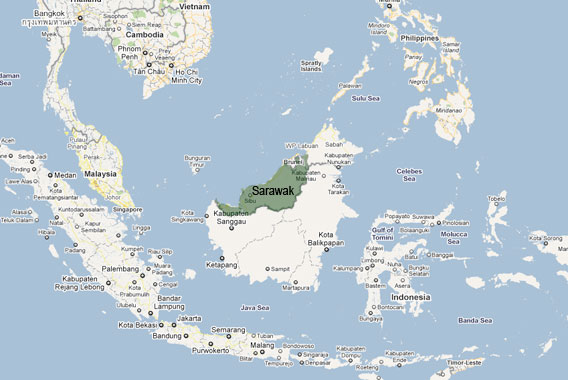 “We are expecting the graft probe to be a fully-fledged enquiry leading to the criminal prosecution of Taib and his helpers, not just a window-dressing exercise.”

“We are willing to share with MACC all the information we have collected on Taib Mahmud’s corruption over the years and are inviting the MACC’s investigation team to visit our offices in Basel, Switzerland.”

“After the announcement of Malaysia’s and Switzerland’s probes into Taib corruption, we expect more countries to follow suit. In particular, we are hoping that the governments of Canada, Australia, the UK and the United States will start investigating Taib family assets in their countries,” said Straumann.