The Young Photographer of the Year (15-17 years old) award went to Fergus Gill of Scotland for capturing a fieldfare on Boxing Day in his backyard.

The Gerald Durrell Award for photos taken of endangered species went to Andy Rouse for a head-on photo of a stalking Bengal tiger in Ranthambore National Park in India. Other endangered species photos commended this year include a sperm whale named Scar, a black rhino in Kenya, and a western tarsier in Borneo.

The One Earth Award, which awards photos that highlight conservation and environmental photos, was won by Jordi Chias Pujol who photographed a sea turtle impossibly entangled in abandoned fishermen’s nets. Shark-finning, elephant-human conflict, the amphibian plague, and unsustainable hunting are other issues highlighted by commended photos in the category.

Veolia Environment Wildlife Photography contest is run by the BBC Wildlife Magazine and the Natural History Museum in London. 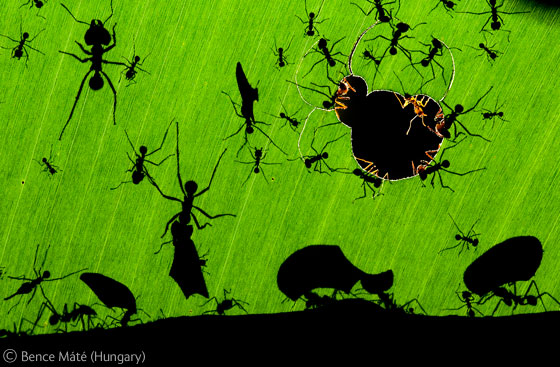 Bence Máté won Veolia Photographer of 2010 for this image of leaf-cutter ants in Costa Rica. Photo by: Bence Máté. 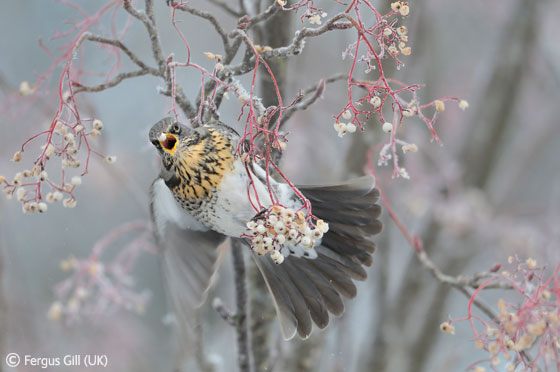 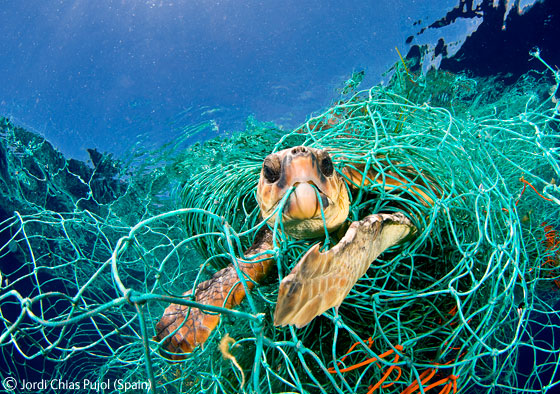 This image won the One Earth Award, which highlights conservation and environmental issues. Spanish photographer, Jordi Chias Pujol, was able to cut the sea turtle free after the photo was taken, but most are not so lucky. Photo by: Jordi Chias Pujol. 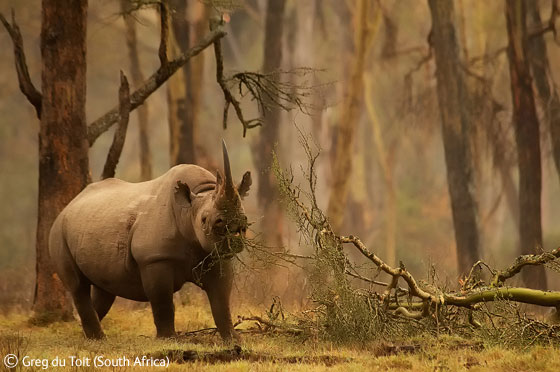 This photo of a black rhino in Kenya was highly commended by the Gerald Durrell Award for Endangered Wildlife. Photo by: Greg du Toit. 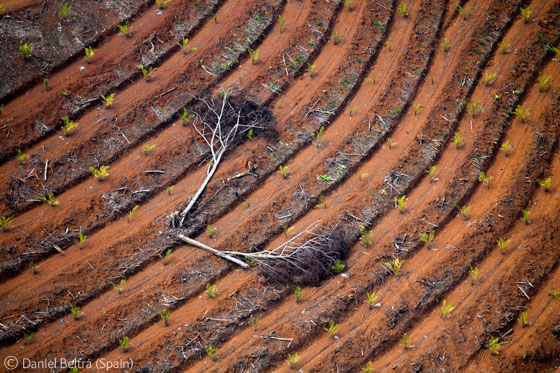 Runner up in the One Earth Award: a photo of deforestation for palm oil in Indonesian Borneo. Photo by: Daniel Beltrá.

(10/22/2009) It’s hard to believe the shot is real: it’s that good. But a photo of a rare Iberian wolf—a subspecies of the gray wolf—jumping a fence has won the 45th Veolia Environment Wildlife Photo of the Year award. The photographer, Jose Luis Rodriguez, has said that he hopes the haunting image will inspire the people of Spain to be proud to have this endangered animal still roaming their countryside.

(12/28/2009) The following 50 photos were taken during the course of my reporting in 2009. I have only included nature and wildlife subjects from Laos, Thailand, Costa Rica, Brazil, Indonesia, California, and Madagascar, although I also took pictures of other subjects and spent time in other countries.