What is the most unexplored ecosystem on Earth?

One should be forgiven for thinking that the most under-explored ecosystem in the world is tropical rainforests or cave systems since new species are frequently uncovered in such places. But new research in the open-access journal PLoS ONE finds that the least explored part of the world is the deep sea, especially what lies beneath the open ocean. Ironically, not only does this ecosystem remain the least explored, it is also the world’s largest habitat.

Analyzing seven million records of the world’s marine life, the researchers found that the majority of our knowledge of marine species comes from shallow waters.

“It’s shocking that in 2010, the International Year of Biodiversity, the largest habitat on Earth remains virtually unexplored. On a more positive note, being able to highlight gaps in our knowledge is an important step towards filling them,” said research head Tom Webb, a marine ecologist from the University of Sheffield.

Beginning in the 19th Century, marine scientists theorized that the ocean’s deep waters—between the surface and floor—was largely devoid of life. However, recent research, including the Census of Marine Life, a ten year program to survey life in the world’s oceans that wraps up in October, has shown that is simply not the case.

“The Census of Marine Life has invested more than $650 million in exploring all of the global ocean realms in the last decade, but we have barely made a dent in this one. One project has provided a look at everything that lives in the water column in the Charlie-Gibbs Fracture Zone in the northern Mid-Atlantic Ridge—just a single piece of a giant puzzle,” said Ron O’Dor, Senior Scientist with the census.

“Now we know how to do this, but just need commitment to continue our exploration for the rest of the planet,” O’Dor added. 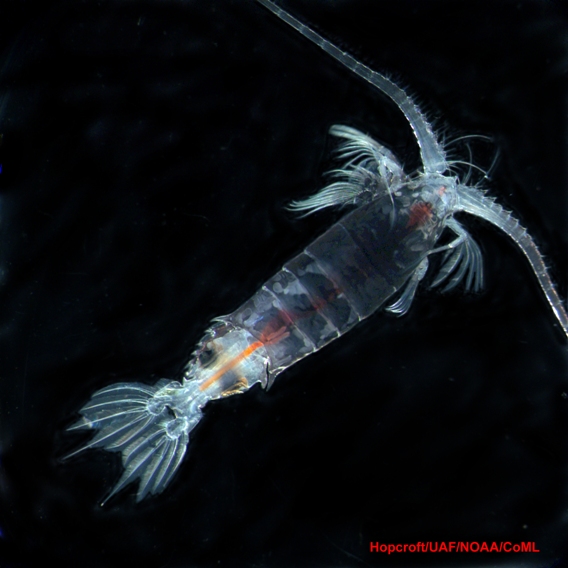 A female copepod of the species: Gaussia princeps. Photo by: Hopcroft/UAF/CMarZ [email protected] 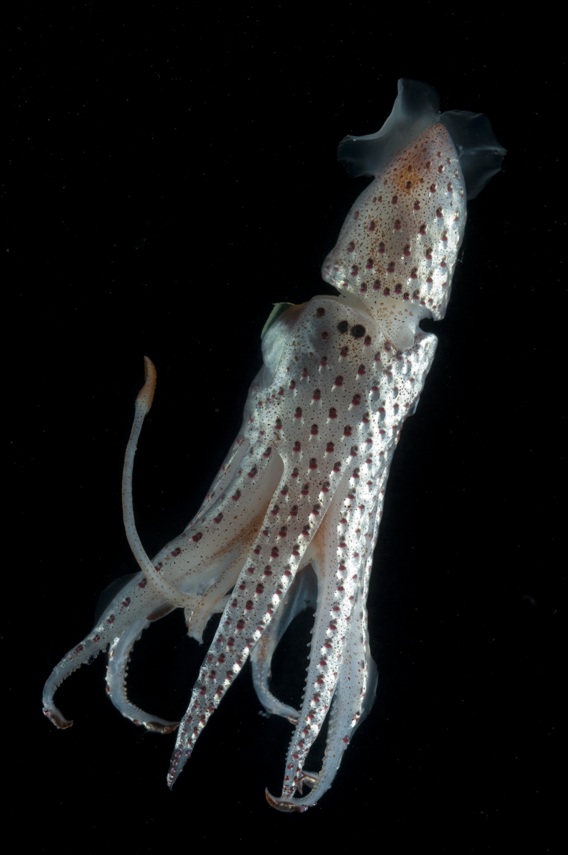 The jewelled squid, Histioteuthis bonellii is a resident of the deep. Photo by: David Shale, [email protected]

First footage captured of giant sea serpent of the deep: the oarfish

(02/09/2010) Scientists have captured what they believe to be the first footage ever of the oarfish, the species likely responsible for legends told of sea serpents.

(01/26/2010) A species dubbed “the world’s most miserable-looking fish” is at risk of extinction due to poor fishing practices, reports The Daily Telegraph.

(09/22/2009) The importance of a whale to the oceanic ecosystem does not end with its life. After dying, a whale’s body sinks to the bottom of the ocean and becomes food for many species, some of whom specialize on feeding on these corpses.

(09/21/2009) Owned by Spain, but located just off the northwest coast of Africa, the Canary Islands sport a wide variety of marine life, including five species of marine turtles, ten species of sharks and rays, and innumerable fish and invertebrates. However, a new expedition has gone beyond the known, sending a robot to depths of 500 meters to discover the secrets of the Canary Island’s deep sea.

(08/20/2009) Researchers from Scripps Institution of Oceanography at UC San Diego have announced in Science the discovery of seven new species of deep sea worms, five of which drop orb-like parts of their body which cause a brilliant green display of bioluminescence. For this reason researchers have nicknamed them the ‘green bombers’. The worms are not just new species, but a clade of animals entirely unknown to science until now.