Travelers to tropical destinations are likely familiar with the gecko. Clinging to walls and ceilings of buildings—sometimes staring down at you from the bedroom ceiling or glancing at you quizzically from the bathroom door—the small adhesive-footed lizard could be aptly described in some tropical areas as ubiquitous. Despite the apparent commonness of some species, geckos are delightful lizards with round wide eyes, a thick gripping tongue, and of course that amazing knack of seemingly defying gravity with specialized toe pads.

But not all geckos are as easily found—or as common—as those hanging out, literally, in a jungle lodge. The Gekko gigante, also known as the Gigante narrow-disked gecko, has been little- noticed by the public. Even scientists know little about the lovely gray-and-blue gecko beyond the fact that it lays its eggs on cool moist cave walls in two Philippine Islands.

In fact, the species is so cryptic that it doesn’t even have the honor of its own Wikipedia page. Meaning that all 172 episodes of the subpar Star Trek: Voyager television show have their very own Wikipedia page, but our living, breathing Gekko gigante does not.

Because it lives deep in cave crevices, the Gekko gigante successfully avoided discovery by science for a considerable time. First noted by scientists in 1974, the Gekko gigante has yet to be assessed by the IUCN Red List as to its conservation status. But considering its small range—two islands—and its specialized habitat—caves—it’s likely that the gecko’s population is tiny, according to Pierre Fidenci.

“It is currently found in two small islands (North and South Gigante Islands) and its occupancy is roughly 3-4 km². Both islands are inhabited by roughly 5,000 people mostly fishermen living along the coastline,” explains Fidenci to mongabay.com

Fidenci is the president of Endangered Species International (ESI) and has spent a lot of time in the Philippine seeking little-known species, such as this subterranean gecko. ESI also often focuses on species that have been largely ignored by big conservation groups.

One of a few people to see and photograph the Gekko gigante, Fidenci says of his first encounter: “[the Gekko gigante] was about 15 meters inside a cave […] I thought its head was similar to caiman since I saw it from an unusual angle!”

Much has changed on the islands, however, since the cave-dwelling gecko’s discovery in the mid-70s.

An account in Haring Ibon by Rafe M. Brown and Angel C. Alcala describe the forest loss in detail: “What remains is scrubby and stunted vegetation. With the forest gone, conditions on Gigante changed as they have throughout most of the Philippines’ previously forested low elevation areas: water became scarce as the local microclimate turned arid. The absence of shade trees makes the ground hot and dry, and the rainy season erodes the topsoil into the porous limestone beneath.”

But at least for now the endemic gecko seems to have survived the island’s changes, probably due to its preference for caves. But given its tiny range it is unlikely the Gekko gigante is thriving. In fact, threats may come from an unexpected source: tourism.

“Human population growth on both islands and increase in the number of tourists are the main threats to this species in the future,” explains Fidenci. “Any disturbance or change to the caves, rock crevices, or rocky environment could dramatically impact the survival of the gecko. The caves are attractive and can be walked deep making them a destination for tourists. Another threat includes future mining activities that could negatively impact this species.”

Unlike many little-known endangered species, protecting the Gekko gigante probably wouldn’t be difficult or costly. It would just take the will to do so. For example, Fidenci recommends “protecting most caves and restricting their visits”. In addition, he says that “conservation awareness on both islands is an important part of the conservation strategy as few people are aware of their unique biodiversity and the need to protect it. Dynamite fishing and illegal cutting of trees still occur on both islands, so we have a lot of work to do in term of education and awareness.”

Another step forward would be further the research of the Gekko gigante. Fidenci says research is especially needed on “home range and habitat associations.”

Visitors to either of the Gigante Islands should educate themselves about the islands’ unique biodiversity which also include the Gigante frog and do everything they can to mitigate their impact, according to Fidenci.

“[Tourists] should avoid visiting caves and disturbing rocky environments. Caves are home of endemic and endangered species and they constitute a main physical characteristic of both islands for wildlife. If they cannot resist visiting them, they should do in a very small group along with local officials to avoid any impacts. [The Gekko gigante] should be observed from a distance,” Fidenci explains, adding that “people can also support our group.”

I’ll add one final recommendation to the list: someone should give the Gekko gigante its very own Wikipedia page. 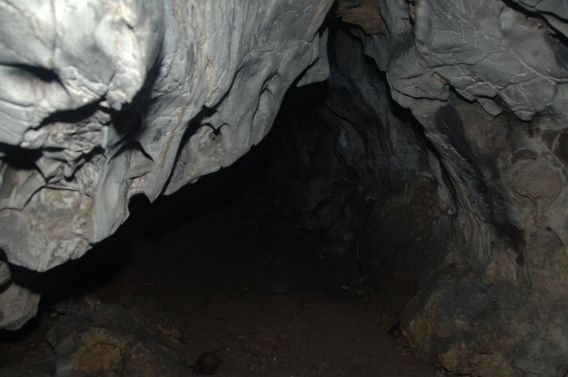 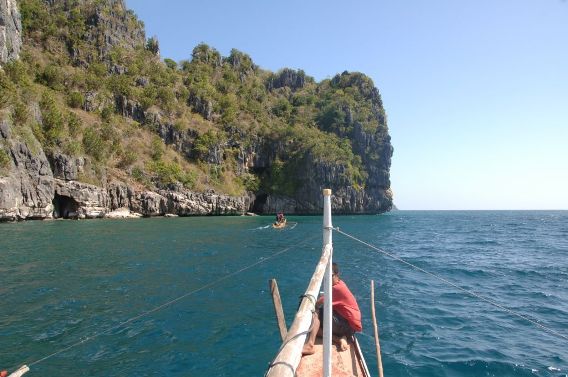 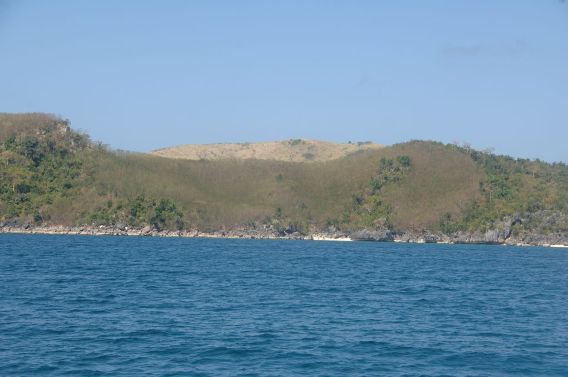 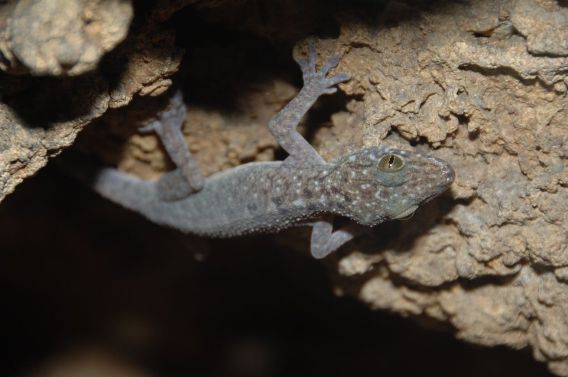 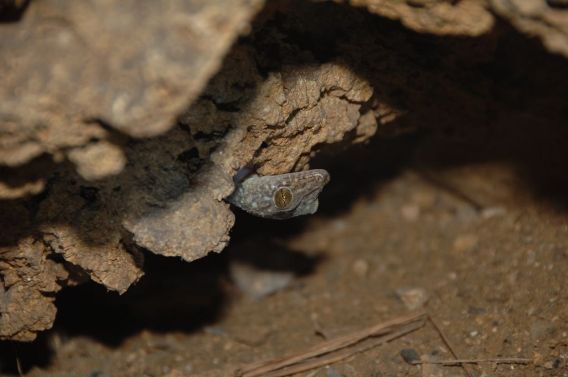 (03/25/2010) Researchers have discovered a cryptic species of gecko in the Cardamom Mountains of Cambodia, reports Fauna & Flora International (FFI), a conservation group that operates in the region.

(11/04/2009) Currently there are an estimated nearly 9,000 reptiles in the world, while the International Union for Conservation of Nature (IUCN) Red List has assessed all of the world’s described mammals, birds, and amphibians, reptiles have yet to be fully assessed, leaving herpetologists with an unclear picture of how reptiles are faring in the world. Currently, 1,677 reptiles have been assessed (less than 20 percent of the total number of reptile species known) with 293 added this year.

(11/08/2008) A previously unknown species of gecko has been discovered in the South Pacific by French scientists, reports the Associated Press.

Photo: commonly-kept gecko was thought to be extinct in the wild

(09/04/2008) The Crested Gecko is endemic to South Province, New Caledonia in the South Pacific. While the species is widely kept in the pet trade, the species was long believed extinct in the wild until it was rediscovered in 1994. It is now known to have three distinct populations and its conservation status is currently being evaluated by the IUCN. Trade in wild-caught individuals is presently banned.

How falling a gecko lands on its feet

(03/17/2008) According to new research the gecko may have the most dynamic tail in the natural world. Two researchers from UC Berkley have discovered that the gecko uses its tail to keep itself from falling off slippery vertical surfaces and when falling to rapidly right itself. So, like a cat, it always lands on four feet.

(02/18/2008) Researchers are close to developing a biodegradable surgical adhesive based on biomimicry of gecko feet. Geckos are famous for their ability to walk on ceilings and vertical surfaces.

(07/19/2007) Scientists have developed a new adhesive material based on the properties of mussels and gecko lizard. The researchers say the biomimetic design could produce more durable and longer-lasting bandages, patches, and surgical materials.

(04/17/2007) A vibrantly colored gecko plays a key role in a highly threatened ecological community in Mauritius reports new research published in American Naturalist. Studying plant-animal interactions in Mauritius, an Indian Ocean island famous for its extinct dodo bird, researchers found that a rare plant, Trochetia blackburniana, benefits from its proximity to Pandanus plants because they house high densities of geckos responsible for pollination. The findings, which unusually identify a lizard as a key pollinator, are significant because they provide “valuable management insights for ongoing conservation efforts to save the highly endangered flora of Mauritius.