China leaves US (and Europe) in the dust on renewable energy

This year China has become the world’s largest manufacturer of solar panels and wind turbines, doubling its wind capacity since 2005. The economically booming nation—and the world’s most populous—has also invested heavily in nuclear power and the world’s most efficient coal plants, according to the New York Times.

Still, even with massive investments in green energy, the industry is no-where near catching up to dirty fossil fuels in China. By 2020 the nation hopes to have 15 percent of its energy run on renewable technologies, but coal will likely still represent two-thirds of all energy produced.

Despite the predominance of coal, much of the advances in China—still considered by many to be a ‘developing’ country—has been pushed by government initiatives. The nation has spent billions on updating its electricity grid (between 2006 and 2011 the nation is estimated to spend 216 billion), provided subsides for people to install their own solar panels and solar water heaters, which are employed in one-in-ten households, and plans to spend over a trillion on expanding its rail services. China is even subsidizing the purchase of energy-efficient light bulbs.

China’s massive renewable initiative has also been adding jobs: according to the Chinese Renewable Energy Industries Association in 2008 the nation employs 1.12 million people in renewable industries. 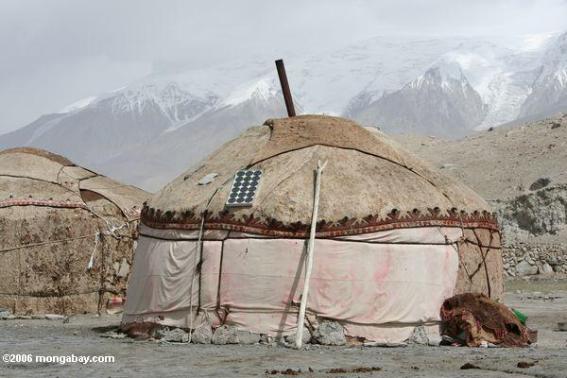 Iceland leads world on environmental issues, but China, US, and Canada plummet

(01/27/2010) Evaluating 163 nations on their environmental performance, the Environmental Performance Index (EPI) has named Iceland the most environmental nation. Released every two years, the EPI also found that the world’s two largest super-powers—China and the US—have both fallen behind on confronting environmental challenges.

Protest in China against sludge incinerator

(01/27/2010) Approximately 400 hundred citizens protested the proposal to build a sludge incinerator in Southern China in Foshan, according to the Guangzhou Daily and Reuters.

(12/07/2009) At a press conference during the first day of the UN Copenhagen Climate Change Conference, the European Union has stated it will not raise its emissions cuts from 20 percent to 30 percent by 2020 (over 1990 levels) unless the US and China go further in their cuts.