Fertilizer prices increase 235% over past year


Fertilizer prices increase 235% over past year

Fertilizer prices increase 235% over past year

Fertilizer prices continue to surge according to data released by the World Bank.

Prices for diammonium phosphate (DAP), Phosphate rock, Potassium chloride, triple superphosphate (TSP), and Urea were 235 percent higher in the quarter ending June 30 over the prior period a year earlier. The biggest gainer was Phosphate rock which has risen 514 percent between April-June 2008 and April-June 2007.

Although prices have leveled off for these five fertilizers in the past few months, they are still 22 percent higher than in March 2008.

The increase has been driven by new demand for grain for biofuel production and cereal-fed meat in emerging markets, higher energy and freight prices, and increased use of natural gas as liquefied natural gas (LNG).

A report released in February by the International Center for Soil Fertility and Agricultural Development, said that high fertilizer prices are most hurting poor farmers in developing countries. 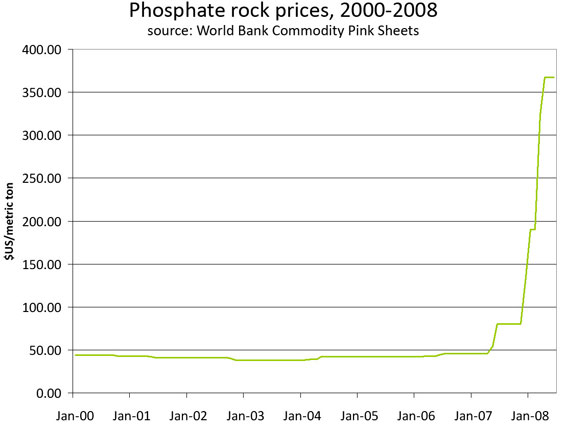 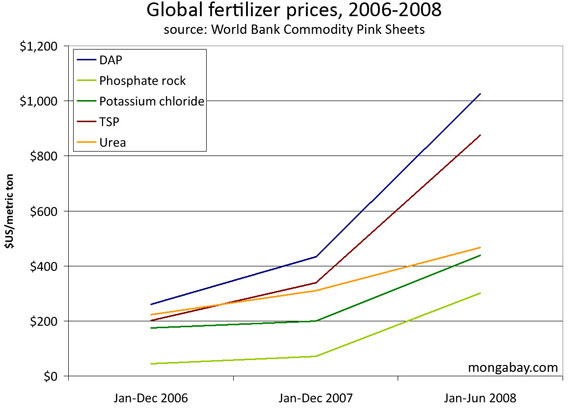