Today’s issue of the journal Nature took an look back at a dire warning that while issued 100 years ago, could have just as well been issued last week.

The fuels committee of the Motor Union of Great Britain and Ireland has issued a valuable report on motor-car fuels… a famine in petrol appears to be inevitable in the near future, owing to the fact that demand is increasing at a rate much greater than the rate of increase of the supply. In 1904 the consumption of petrol in the United Kingdom was 12,000,000 gallons; in 1907 it had risen to 27,000,000 gallons… the committee discusses in the report other possible fuels. The supply is divided into two parts. The first includes all fuels limited in quantity…The second group contains one item only – alcohol – and it is evident from the whole tone of the report that the committee expects to find in denatured vegetable spirits the fuel of the future. 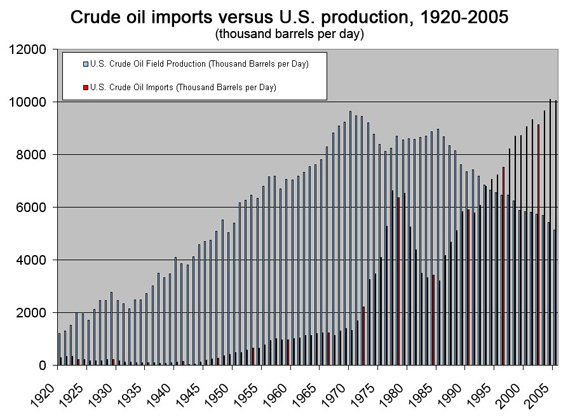 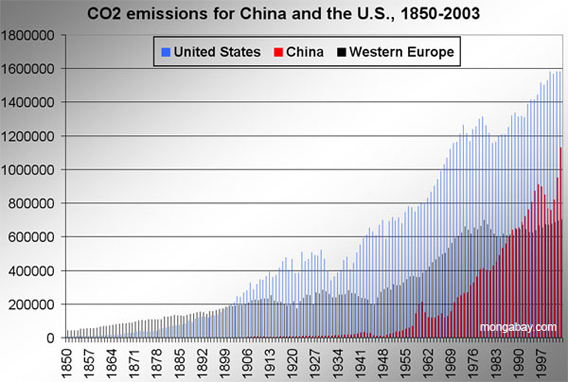 Graph showing the growth of carbon dioxide emissions in China, the United States, and Western Europe from 1850-2003.