Using satellite images to track the flow rate of over 300 previously unstudied glaciers, scientists from the British Antarctic Survey measured a 12% increase in glacier speed from 1993 to 2003. Faster melting is cited as the cause.

“These observations – that echo recent findings from coastal Greenland – indicate that the cause is melting of the lower glaciers, which flow directly into the sea. As they thin, the buoyancy of the ice can lift the glaciers off their rock beds, allowing them to slide faster,” said BAS in a statement.

The researchers say that increasing temperatures are likely fueling the melting.

“The Antarctic Peninsula has experienced some of the fastest warming on Earth, nearly 3°C over the last half-century,” said Lead author Dr Hamish Pritchard of BAS. “Eighty-seven percent of its glaciers have been retreating during this period and now we see these glaciers are also speeding up. It’s important that we use tools such as satellite technology that allow us to monitor changes in remote and inaccessible glaciers on a regional scale. Understanding what’s happening now gives us our best chance of predicting what’s likely to happen in the future.”

The research is published this week in the Journal of Geophysical Research. 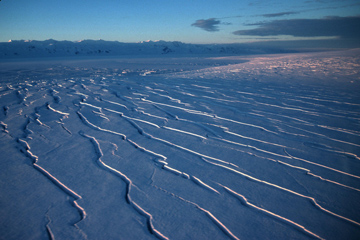 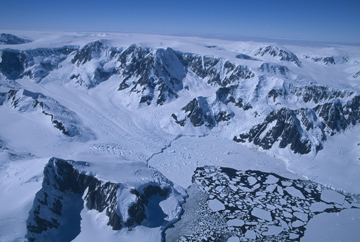 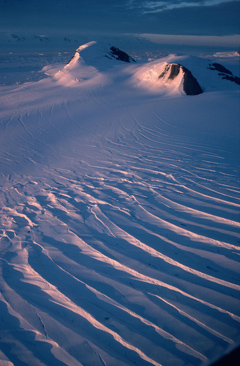