Invasive species in a historical context

Invasive species in a historical context

New research published in Molecular Ecology suggests that climate change could trigger the expansion of invasive species into wider ranges. The study looked at the genetic history of a goby fish species in the Eastern Atlantic. It appears that when the world warmed about 150,000 years ago, the goby expanded its range from its original home in the Indian Ocean. 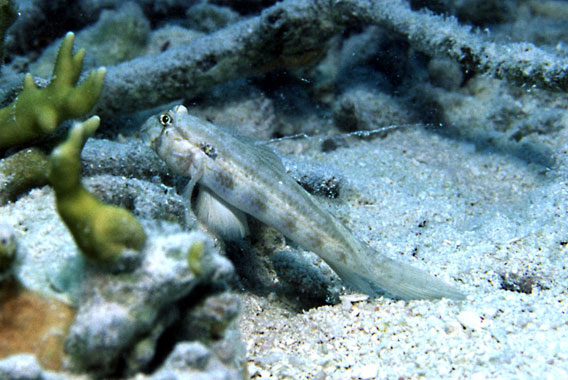 Much has been made of the economic impacts of recent biological invasions,
but what are the implications of invasions in deep time? Luiz Rocha leads
geneticists who time travel through ocean environments. The results of
their travels, published online in Molecular Ecology, tell us that during
warm, interglacial periods, reef-associated fish (goby genus Gnatholepis),
leapt around the horn of Africa into the Atlantic, where their range
expanded as the world warmed.

“We found that global warming events correspond clearly with major range
expansions of gobies from the Indian Ocean into the Atlantic Ocean and
subsequently into the Eastern Atlantic,” summarizes Rocha. A chilly
Antarctic current–the Benguela upwelling system– surges up along the
western coast of Africa acting as a natural barrier, and has prevented most
warm water organisms from the Indian Ocean from making it in to the Atlantic
for the last 2 million years. But when the world warmed about 150,000 years
ago, gobies slipped around the corner of the continent.

Researchers at the Smithsonian Tropical Research Institute, Scripps
Institution of Oceanography, Hofstra University and the University of
Hawaii, sequenced goby DNA (774 pb of the mtDNA of cytochrome b, to be
exact) from the western, central and eastern Atlantic Ocean. They also
sequenced DNA from gobies in the same genus from South Africa, from the
Cocos Keeling Islands in the eastern Indian Ocean, and from the Cook Islands
in the South Pacific. They calculate the approximate amount of time that
isolated groups of fish have been separate based on the differences in the
DNA between groups.

What evidence do they have that makes them think that Atlantic gobies are
invaders? “The Atlantic goldspot goby certainly is a prime
candidate-it’s the only species of the genus in the Atlantic and there
are eight species and subspecies in the Indo-Pacific. It’s really similar
to a sister taxon in the Indian Ocean,” Rocha continues. “We nailed
down the timeline of the invasion by sequencing–the last time there was
tropical ocean connecting these two areas was 2 million years ago. We
calculate that these fish invaded the Atlantic Ocean during a warm period
about 150,000 years ago and arrived in the eastern Atlantic only 30,000
years ago.”

What future effects of climate change might we expect in the marine realm?
“Genetic analysis told us that fish from the Indian Ocean breached the
Benguela barrier in the past, and this barrier seems to open intermittently.
It would be reasonable to expect that other organisms limited by cold water
barriers will continue to expand their ranges during warm periods.”

The Smithsonian Tropical Research Institute (STRI), a unit of the
Smithsonian Institution, with headquarters in Panama City, Panama, was
established to further our understanding of tropical nature and its
importance to human welfare, to train students to conduct research in the
tropics and to promote conservation by increasing public awareness of the
beauty and importance of tropical ecosystems.

This is a modified news release from the Smithsonian Tropical Research Institute.