Amid Mexico’s Day of the Dead, a fish declared extinct comes back to life

Amid Mexico’s Day of the Dead celebrations, a fish species considered extinct in the wild has been granted new life. Adorned in colorful costumes and marigolds, a parade of kids, community members and conservationists marched to release thousands of golden skiffias into the Teuchitlán River in Mexico’s Jalisco state. The procession heralded what they hope is a new era for these little fish.

“The Day of the Dead is a traditional Mexican celebration, when it is believed that people’s deceased ancestors return to the land of the living for one night, to talk and spend time with their families,” Omar Domínguez-Domínguez, a professor and researcher from the Michoacan University of Mexico, leader of the golden skiffia reintroduction program, said in a statement. “Releasing the golden skiffia around this time is a metaphor for how the species has come back from the dead to return to its home, not for one night, but forever.”

On Nov. 4, community members released thousands of golden skiffia (Skiffia francesae) fish back into the species’ native range in the Teuchitlán. The fish were part of a captive-breeding program and conservation effort between the Michoacan University of Mexico, Chester Zoo in the U.K., the Goodeid Working Group, Re:wild, and SHOAL.

It’s been nearly 30 years since a golden skiffia was spotted in the wild. The fish was declared extinct in the wild in 1996, although captive populations continued to thrive in the aquarium fish trade. Scientists say dam construction, pollution, water extraction, and the introduction of invasive species pushed the fish to extinction in the wild. This reintroduction marks nearly 10 years of work to restore the species’ habitat and remove some of the threats that would prevent successful reintroduction.

To prepare the fish for reintroduction, they’re reared in ponds, dewormed, and then placed in floating cages in the river to acclimate to natural conditions. Before release, the fish are tagged with a nontoxic elastomer that allows scientists to monitor their populations for five years and determine whether they’re successfully growing and reproducing in the wild.

“The reintroduction will benefit not only the natural ecosystem but, because of the habitat restoration work that has already occurred, the communities that live near the river as well.” Domínguez-Domínguez said.

Freshwater fish are the most threatened group of vertebrates on Earth. Scientists estimate that one out of three is threatened with extinction.

One of the world’s most threatened groups of fish are the splitfins of the Goodeidae family, which includes the golden skiffia and about 50 other species, all native to Mexico and parts of the southern U.S. The reintroduction of the golden skiffia is part of the Fish Ark Mexico project, which works to conserve 41 highly threatened species of freshwater fish in Central Mexico including 39 of the goodeids.

“Releasing this species back into the wild is a light of hope for this wonderful family of fishes — the goodeids — and for the conservation of freshwater fish more generally,” Domínguez-Domínguez said.

Six years ago, Fish Ark successfully reintroduced the tequila splitfin (Zoogoneticus tequila), another goodeid, into the Teuchitlán River, a project that has been cited as an exemplary case study by the IUCN, the global wildlife conservation authority. The species had been declared critically endangered on the IUCN Red List in 2009, but an improvement in its status since then put its latest assessment, conducted in 2018, at endangered.

“[P]ositive stories such as the golden skiffia reintroduction can help draw attention to the challenges facing freshwater ecosystems, which have historically been overlooked and underfunded,” said Harmony Patricio, conservation program manager at SHOAL, which works to save freshwater species, and freshwater fish conservation program manager at Re:wild, which works on reintroducing threatened species to habitats from which they had previously disappeared.

“With thousands of freshwater species threatened with extinction,” Patricio added, “the story of the golden skiffia returning to the wild is inspiring evidence of the many opportunities for conservation impact that together can reverse the freshwater biodiversity crisis.” 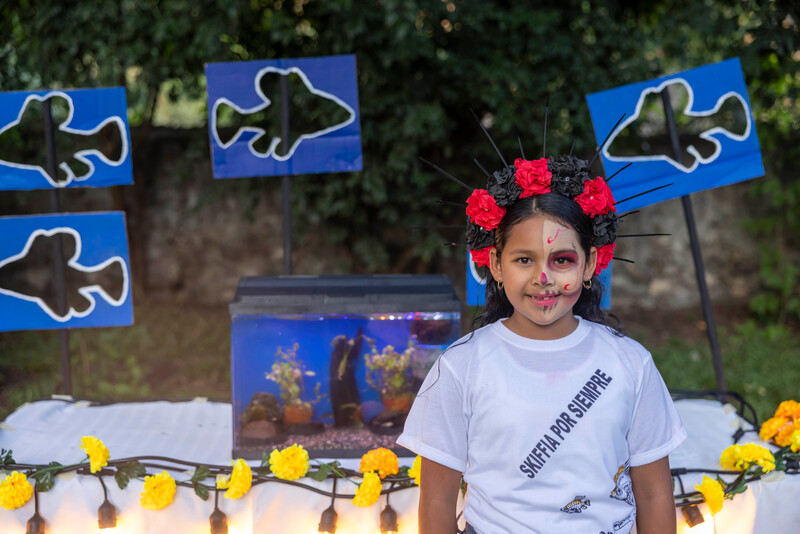 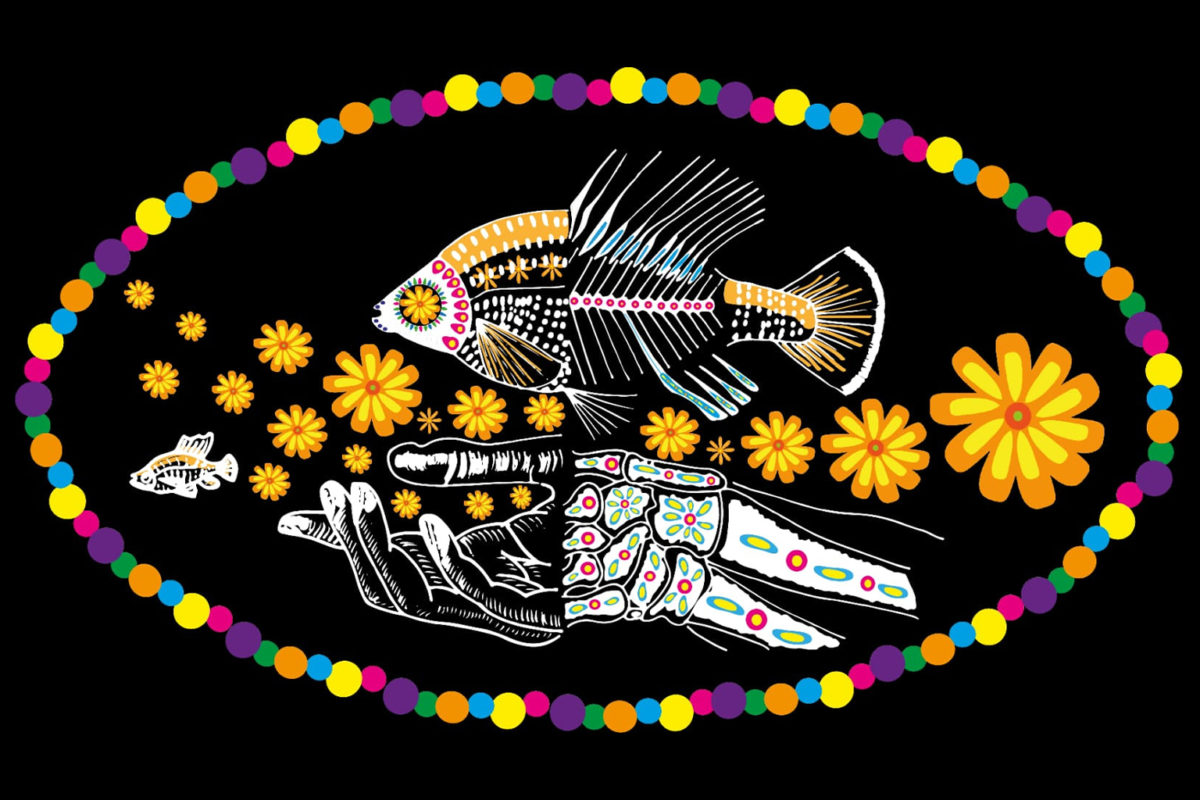 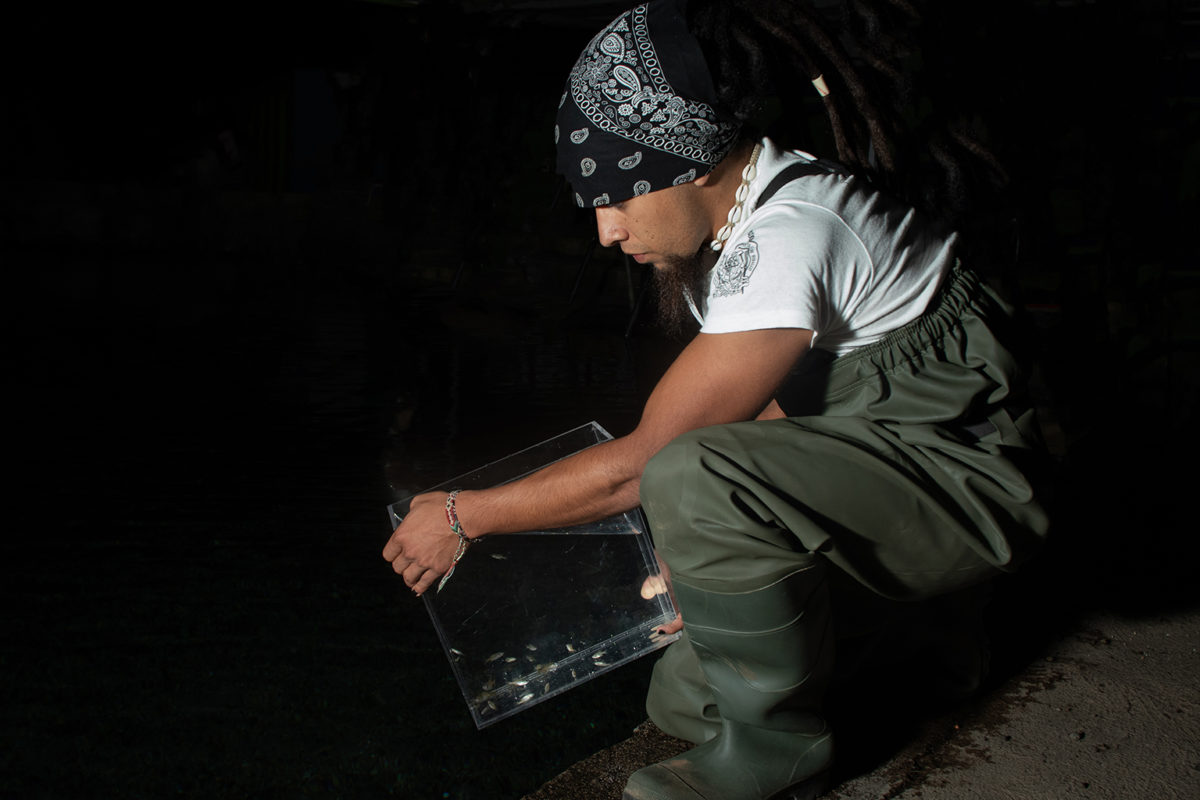 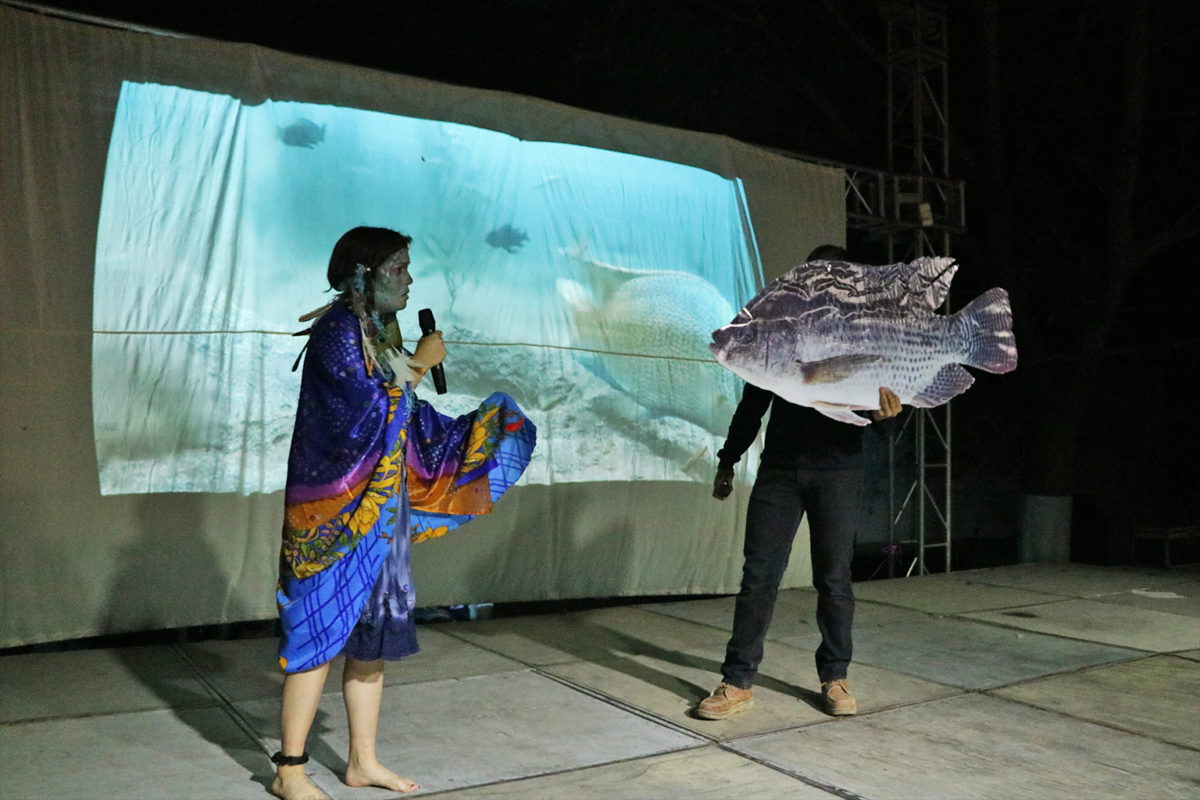 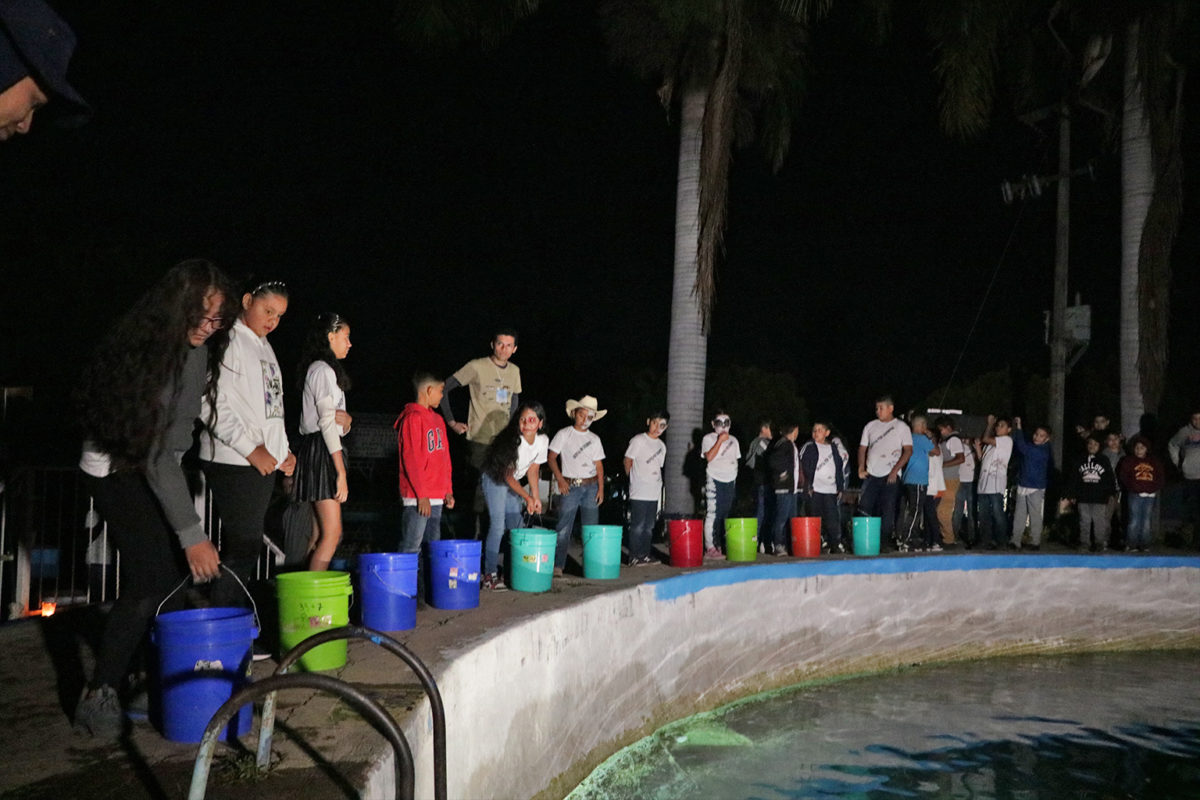 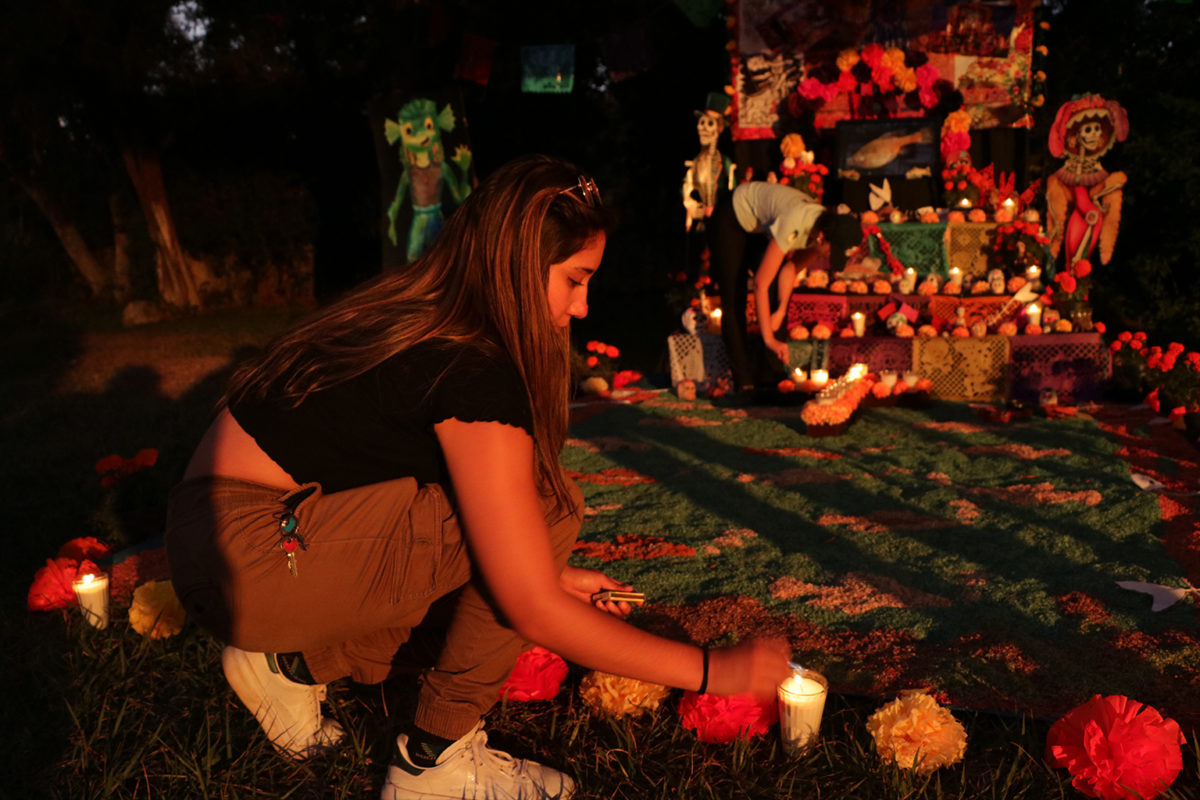 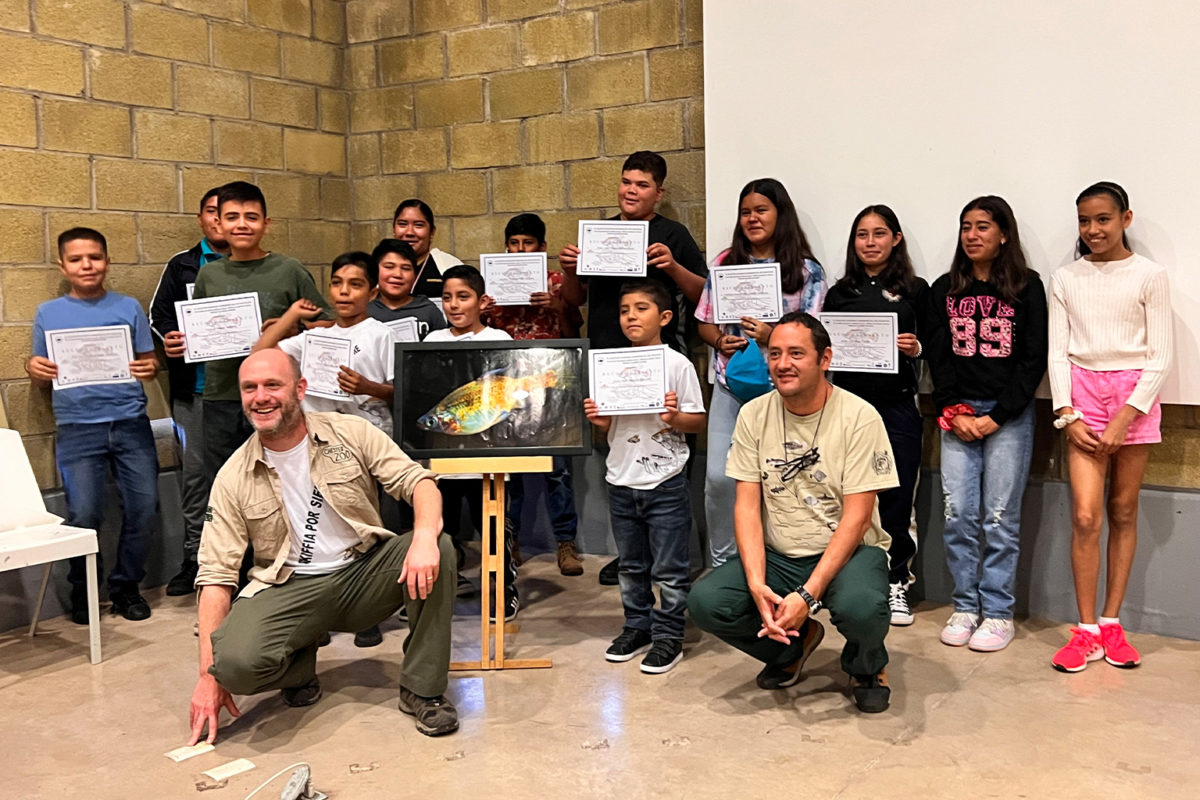 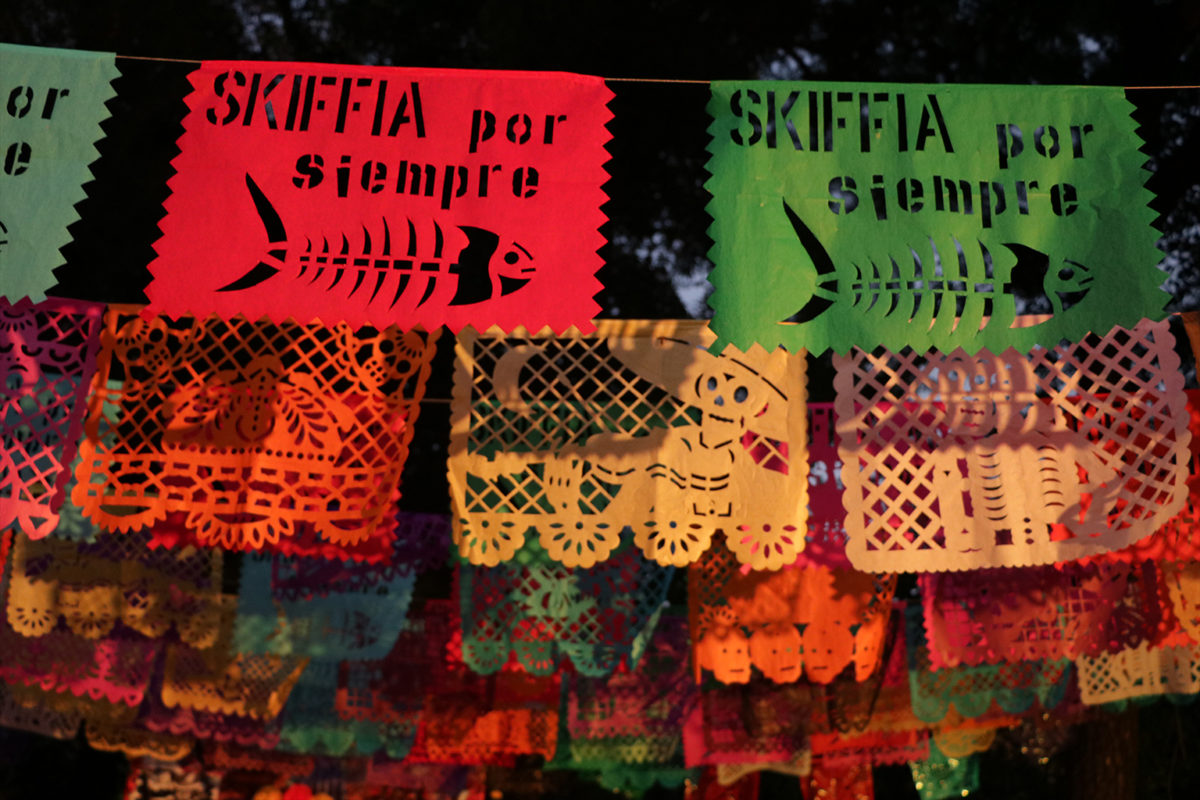 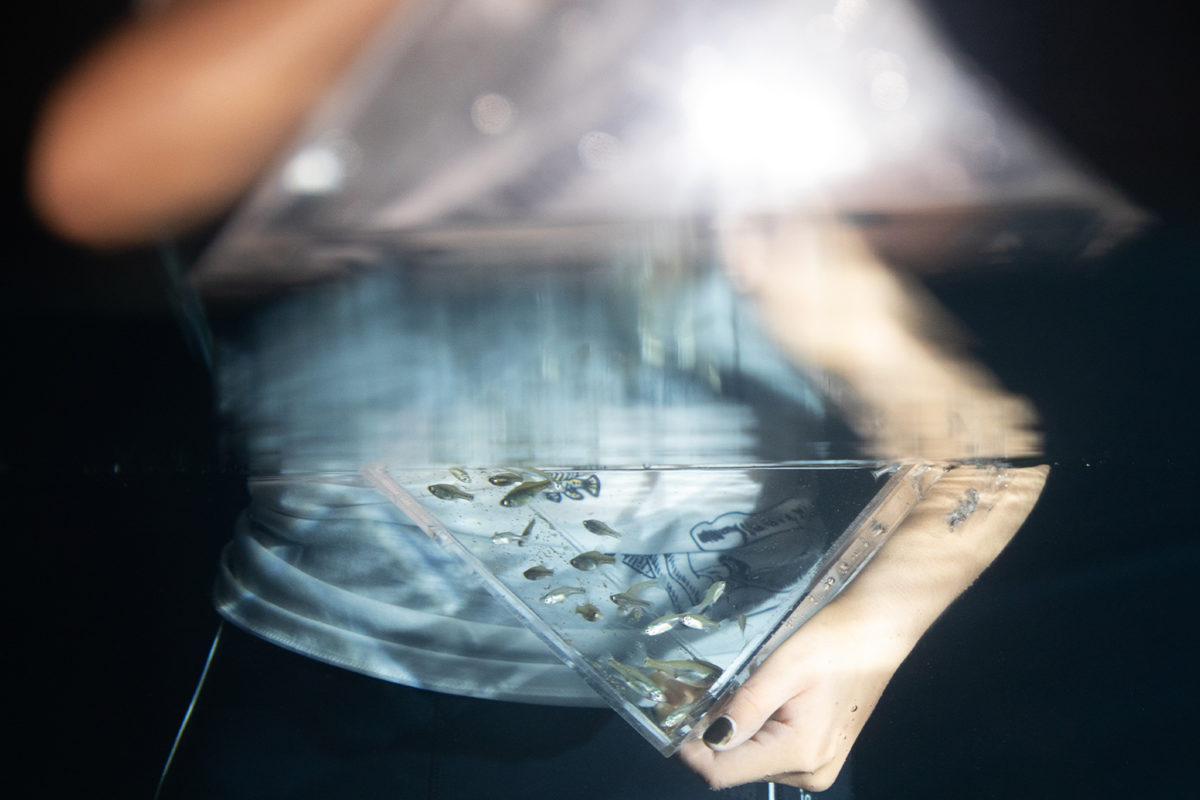 Banner image: A community member participated in the Day of the Dead procession to release the fish back into the river.  Image © Photo by Manfred Meiners/Re:wild.