WAWONII ISLAND, Indonesia — The coconut palm has been a source of food and identity for centuries among the people of Wawonii Island. In the local language wawo means above and ni’i is the word for coconut — Wawonii is an island crowned by coconuts.

“Now it has become a mine,” said Abdul Latif, a farmer born here in Roko-Roko village. “Wawonii should just be renamed.”

Like many areas of Indonesia’s nickel-rich Sulawesi region, Wawonii is caught in the tension between international demand for green energy and the need to preserve landscapes. Indonesia accounts for both some of the world’s largest reserves of nickel and its third-largest tropical forests.

Beneath this island of at least 70 bird species and around 1,000 distinct plants lies a giant reserve of nickel, which is needed in the batteries powering electric vehicles and other clean energy technologies.

Nickel mining company PT Gema Kreasi Perdana (GKP), a subsidiary of the Harita Group, holds a concession covering about 1,000 hectares (2,500 acres) by Abdul’s farmland in Roko-Roko village. Around 700 hectares (1,730 acres) of the 2018 concession is covered by a so-called borrow-to-use forest permit (IPPKH), in which the Ministry of Environment and Forestry authorizes conversion of state forests for development projects.

Many in Wawonii agitated against the company when it first arrived here. Family divisions emerged as those who wanted their ancestral land to remain untouched clashed with relatives seeing merit in the development.

On the village’s main road, Mongabay witnessed family members spurning each other. Some shifted allegiances to market stalls that either opposed or supported the nickel mine.

Abdul’s sandals slipped off his feet while walking across the Roko-Roko River. He pointed to an area where children used to swim in water so clear you could see the finest twig sink to the riverbed. Now the water is a muddy brown.

Abdul’s father first cleared land here in the 1970s to plant cassava and corn. For irrigation, he dug a narrow ditch to drain water to the sea, enabling the family to seed areca, cocoa, coconut and cashew trees.

“I don’t want to sell,” Abdul said. “Whatever the price.”

The road to the mine runs alongside a footpath to the community’s farmlands. Abdul trudged on past smallholdings where owners gave up on maintaining the land after the mining excavation began.

Abdul’s own 1-hectare (2.5-acre) field lies next to the GKP company office and the mine’s purpose-built road. Music booms out of a building housing heavy vehicles.

The company has blocked drainage to the sea, so Abdul’s field is often flooded knee-deep when it rains. Sandalwood trees planted by his father decades ago have withered.

Growing up, Abdul’s childhood was colored by widely held beliefs here that his family’s land was haunted.

“It may be that the jinn [evil spirits] here are already friends with the miners,” he said.

Simmering resentment over the mine boiled over in 2019 after contractors began excavating three smallholdings belonging to farmers La Ba’a, La Amin Lawuru and Wa Ana.

The next morning, the farmers requested the company stop the land clearing. In the ensuing confrontation, some Roko-Roko farmers prevented 10 company workers from leaving. Police stepped in and released the men later in the evening.

The company reported 21 residents of Roko-Roko to the police for kidnapping and obstruction, charges laid out in Indonesia’s criminal code and a law on mining.

In turn, Roko-Roko residents reported the company to the police, but they received no response. Instead, armed police patrolled the streets as protesting farmers hid in their homes.

Read more: On an island coveted by miners, villagers prepare to raise a ruckus

Following that initial flashpoint, the company paused work and tensions faded to quiet resentment. But earlier this year, the heavy equipment returned, and in February police arrested protesting farmers La Dani and Hastoma.

Bambang Murtiyoso, a communications official for GKP, did not respond to requests to comment on the company’s relationship with the community. A GKP legal counsel, Marlion, said conditions at the village were “safe and conducive.”

“We do not encroach,” Marlion said. “The truth is that we traverse and clear land that we have acquired — [we compensate] for the plants, which is agreed by the community and the company.”

Marlion did not provide details on the cash formula paid to affected residents for lost earnings and land.

But residents of Roko-Roko told Mongabay the payments ranged from 400,000 rupiah ($26) per clove tree to 900,000 rupiah ($59) for a coconut palm. However, many said they had yet to receive compensation for the loss of land on which the trees grew.

“Do they have a conscience, a heart?” said Ratna, a Roko-Roko farmer who lost land to the mine. “They think the land has no value — it’s the most important thing.”

On June 15, a large container vessel docked at the company port and dozens of green trucks fanned out onto the landscape.

Several residents came to watch, drawn to the promise of a regular job paying 3-4 million rupiah ($197-262) per month as security guards and laborers.

Some farmers said they were offered 500 million rupiah ($32,750) compensation for their land, but that the transaction made little long-term sense.

Clove farmer La Da’a, in his late 60s, said he could earn the offered amount in around four harvests.

La Da’a watched newly employed residents of the village commute to the company site to clock on at their new jobs. When it rained or there was a ceremony in the community, La Da’a said, he has the ability to manage his time accordingly and spend plenty of time with his family.

“I can give my children school,” La Da’a said. “It’s because of farming — if I were a company employee, I wouldn’t be able to do it.”

“As for the AMDAL itself, I was never involved,” said study leader Fitriani Amin, who is head of the mining engineering program at Muhammadiyah University of Kendari. 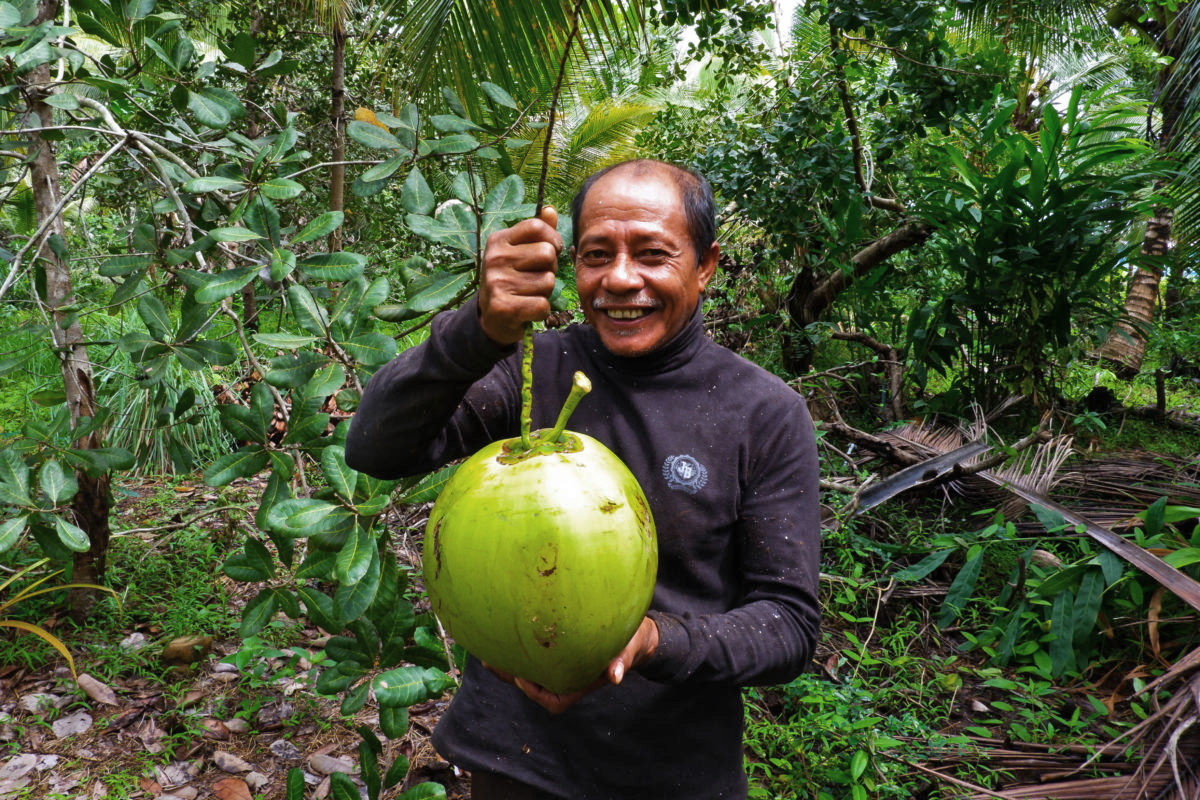 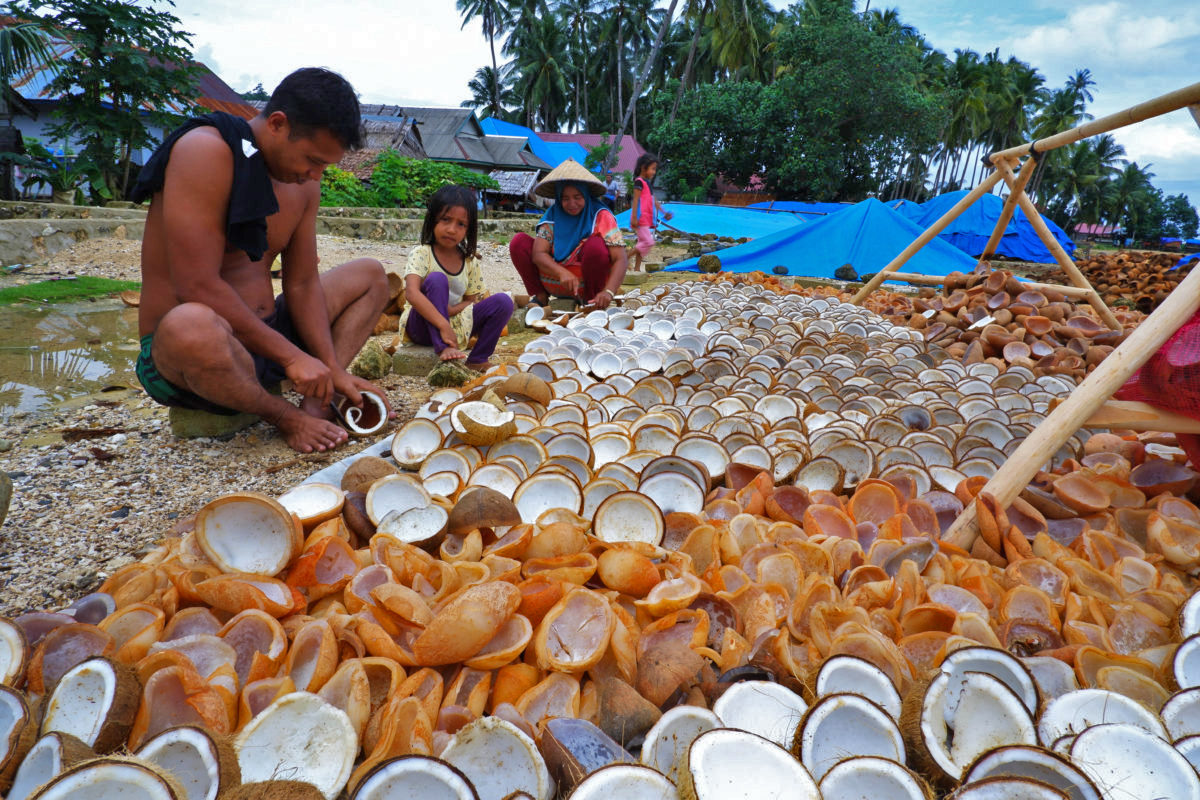 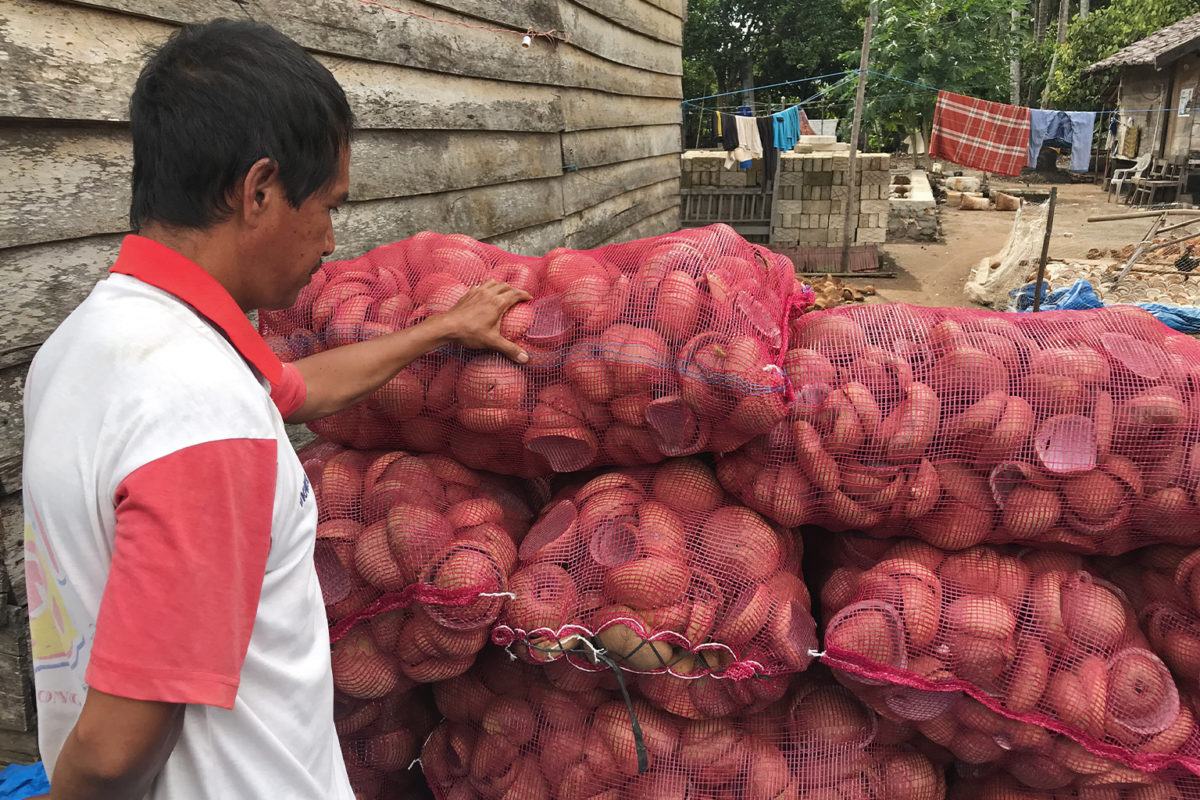 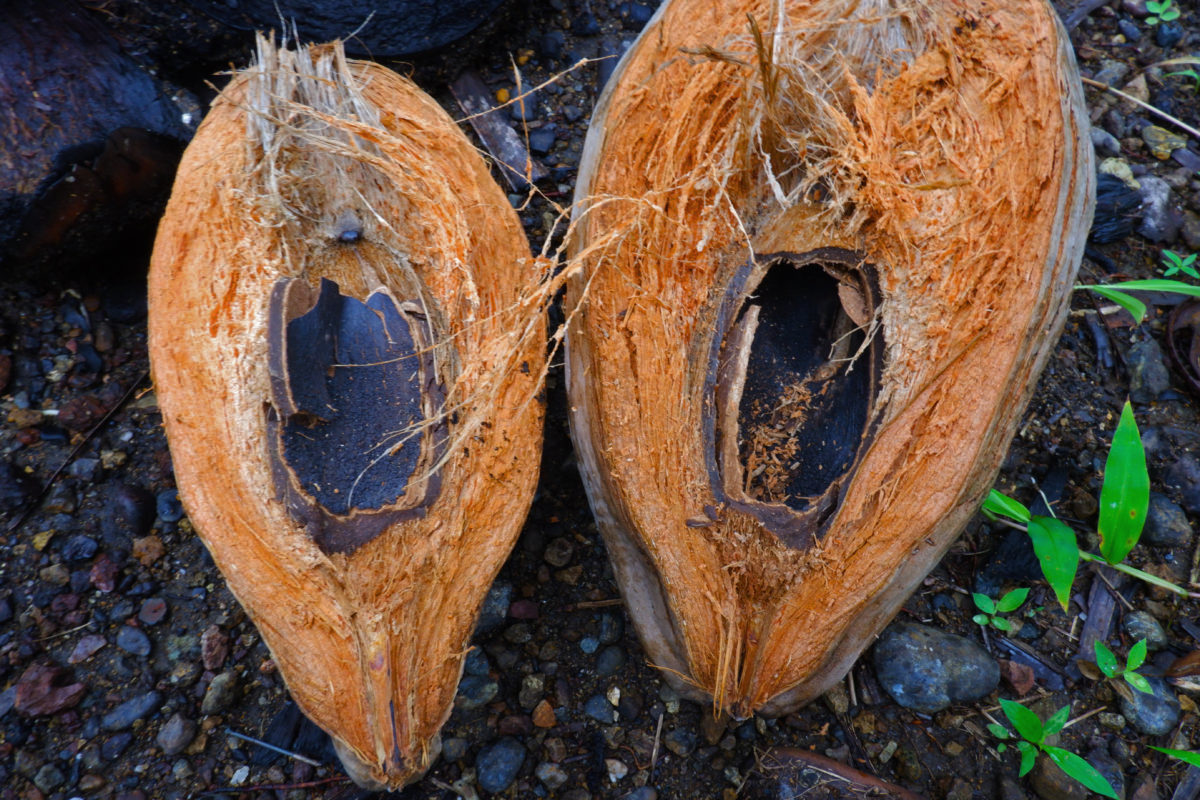 Residents of Roko-Roko said the construction has impacted their groundwater sources. Anxiety over food security was also common in the village.

On June 18, after heavy rain fell over Roko-Roko, La Da’a showed dirty water coming from the faucet in his home. The family water source is around 100 meters (328 feet) from the road leading to the mining site.

“It rained hard before now, but the water wasn’t this dirty,” he said.

In 2019, biodiversity research published by the Indonesian Institute of Sciences and the National Research and Innovation Agency recorded 51 species of crustaceans and 37 types of freshwater fish, key sources of protein for households on Wawonii Island.

“As a conservation area, mining should not be carried out that can disrupt the stability of ecosystems and biodiversity on small islands, such as Wawonii,” the researchers noted.

The conversion of land on Wawonii to mine raw materials for clean energy has impacted some families in profound ways.

Lawuru cried when the company arrived in Roko-Roko in 2018. Lawuru’s firstborn son died of an illness at age 30 and, as is customary in Southeast Sulawesi, he was buried on the family land rather than in a cemetery.

“There is no other way,” Lawuru told his wife at the time through tears.

The family processed their grief and accepted their son’s grave would be exhumed. Village elders watched as a new white shroud was placed over the body. It was the first time a grave had been moved in Roko-Roko.

Abdul said only his neighbors who resisted the mine helped transport the body. Those who supported the mine stayed at home.

“I didn’t watch when the child’s grave was dug up and moved,” Lawuru said. “I didn’t have the strength.”

This story was reported by Mongabay’s Indonesia team and first published in a seven-part series published here, here and here on our Indonesian site in July and August 2022.