LIWONDE NATIONAL PARK, Malawi — Early one July morning, a helicopter with wildlife officials on board flies above the forests of Malawi’s Liwonde National Park in search of elephants. Within half an hour, a small herd has been spotted and the crew radios a support team on the ground.

As the ground team gets in place, the pilot maneuvers the plane to herd the four elephants to an open area, descending low enough to allow the experts on board to fire tranquilizer darts at the elephants. It will take less than 8 minutes for the sedative to take effect, the officials say.

As soon as the animals are down, the ground team starts taking measurements, collaring and labelling the elephants before tying ropes to their feet, hooking them to a crane and lifting the elephants into trucks. There, an antidote is administered to reverse the effects of the tranquilizer and get the elephants back on their feet ahead of the 350-kilometer (217-mile) journey to their new home in Kasungu National Park.

These scenes played out repeatedly for a month, until more than 260 elephants were relocated from Liwonde National Park, managed by African Parks, a South Africa-headquartered NGO, to restock the government-run Kasungu National Park, where the elephant population has been hit by poaching.

The translocation, estimated to cost more than $1 million, is aimed at building viable populations of the key species and promoting tourism in the park, Brighton Kumchedwa, director of Malawi’s Department of National Parks and Wildlife, tells Mongabay.

It’s also intended to prevent degradation of wildlife habitat as well as human-animal conflict in the 580-square-kilometer (224-square-mile) Liwonde National Park, which currently has more elephants than its ecosystem can support.

“With close to 600 elephants living within the park, space and availability of natural resources are near to capacity,” says Sam Kamoto, African Parks’ country manager for Malawi. “The increasing density of this population is causing degradation of wildlife habitats and intensifying human-wildlife conflict, largely deriving from crop-raiding elephants.”

Kasungu National Park lies on Malawi’s western border with Zambia. It’s part of the Malawi-Zambia Transfrontier Conservation Area, a 32,000-km2 (12,355-mi2) conservation zone encompassing protected areas on both sides of the border. Until recently, the conservation area was a major source and transit route for ivory markets in China and Southeast Asia, resulting in a severe decline in elephant population in the corridor. In Kasungu National Park, elephant numbers dwindled from 1,200 in the 1970s to just 50 in 2015, according to government figures.

In 2017, the International Fund for Animal Welfare (IFAW) launched a five-year Combating Wildlife Crime project, supported by USAID, aiming “to see elephant populations stabilise or increase in the Malawi-Zambia landscape through a decrease in poaching-related mortalities.”

IFAW’s chief of party, Patricio Ndadzela, says the project’s law enforcement operations have resulted in the arrest of more than 850 suspects in Zambia.

“[This has] helped to deter would-be offenders, poaching-related mortality ceased especially for elephants, and communities were able to report wildlife crime to authorities as a result of community engagement strategies,” he tells Mongabay.

According to Kumchedwa, the project also aims to work with communities around the protected areas to increase local people’s sense of ownership of the park and to address some of the social and economic factors that can drive communities into poaching. Efforts include employing members of surrounding communities in the construction of a 40-km (25-mi) fence on the eastern side of Kasungu, as well as training youths in vocational skills, supporting income-generating activities like beekeeping, and also allowing people to harvest renewable natural resources in the park such as grass.

The government has also entered a revenue-sharing agreement with a registered association of members of the communities surrounding the park. Under the arrangement, every quarter, the association gets 25% of the revenue the park generates from tourist visits.

“We invest this money in community development projects we decide by ourselves, such as staff houses for our schools,” Siwinda Chibowa, the association’s chair, tells Mongabay. “Now that the park has been rehabilitated and it is being restocked with animals, we hope that will lead to more tourists which will mean more revenue to the park and more revenue to us.”

Kumchedwa says efforts like these have helped bolster the elephant population in Kasungu National Park, which is now at 120. The park, Malawi’s second largest at 2,100 km2 (810 mi2), can support up to 2,000 elephants, he says.

Since Malawi is a densely populated agrarian country and lacks the necessary ecological corridors that would allow for natural migration between protected areas, elephant populations within these areas need to be carefully managed to mitigate adverse impacts on both the habitat and the surrounding communities.

IFAW is now implementing what it calls a “Room to Roam” initiative, which aims to create wildlife corridors and increase community engagement across the species’ habitat.

“Through connectivity and secure habitats, we envision safe passages for elephants and other wildlife to move freely within their home range of East and Southern Africa,” Ndadzela says. “This brings greater biodiversity, a natural resilience to climate change, and a future where animals and communities can coexist and thrive.”

Mary Rice, executive director of the London-based Environmental Investigation Agency (EIA), says the translocation of elephants within their natural range for conservation purposes has had many successes. But it should only be undertaken when there is a strong case that moving animals will contribute to conservation objectives for the source area, the release area and the species itself, Rice adds, citing guidelines by the IUCN, the global wildlife conservation authority. 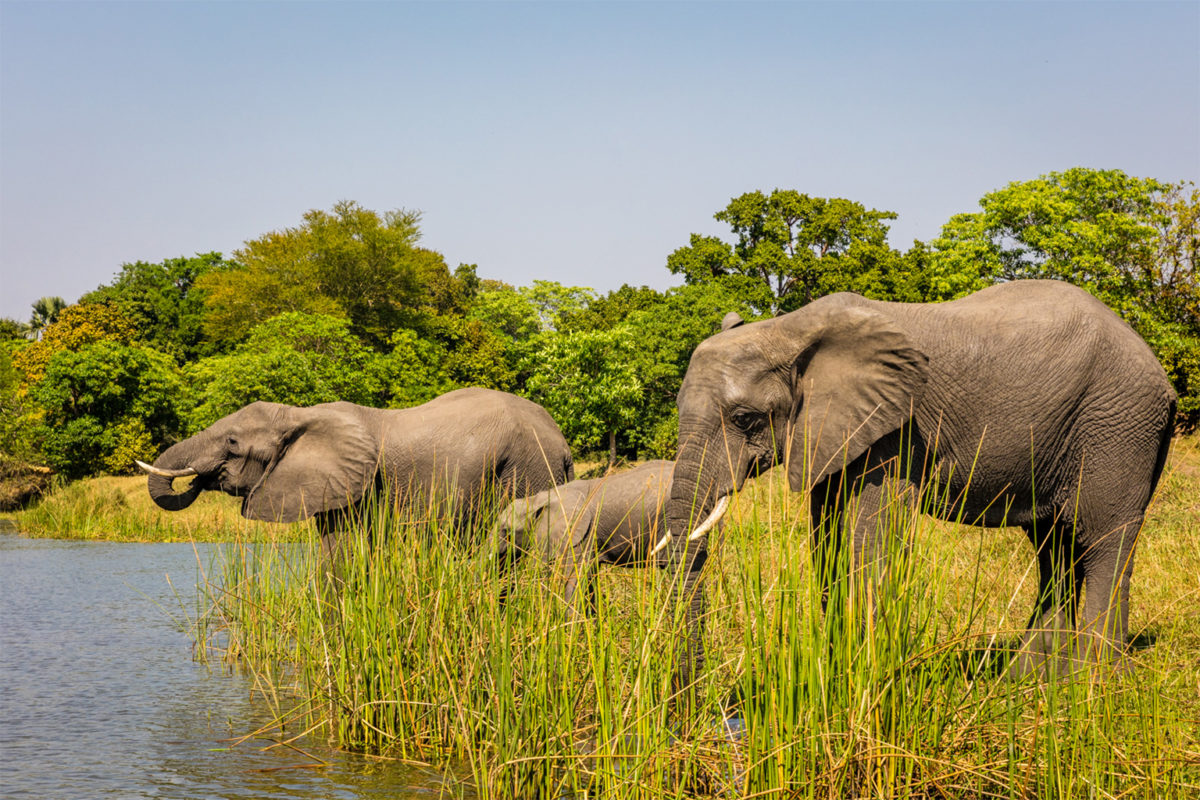 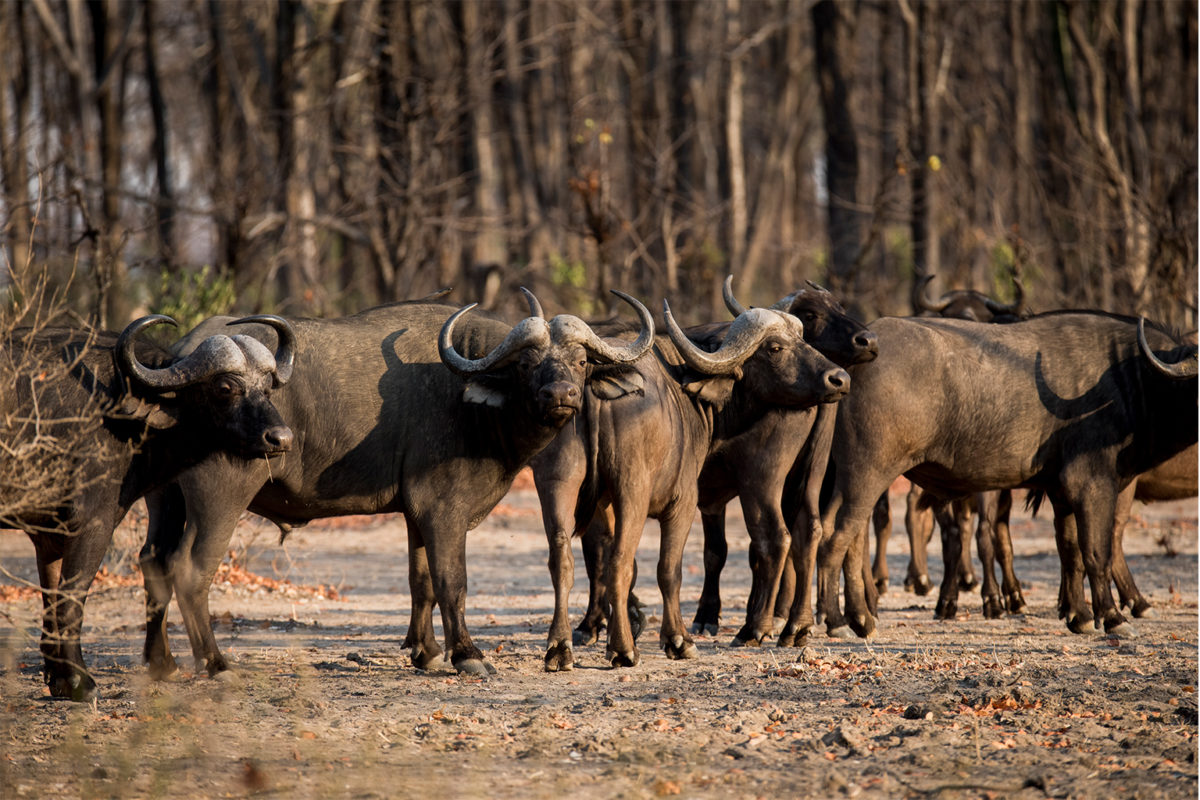 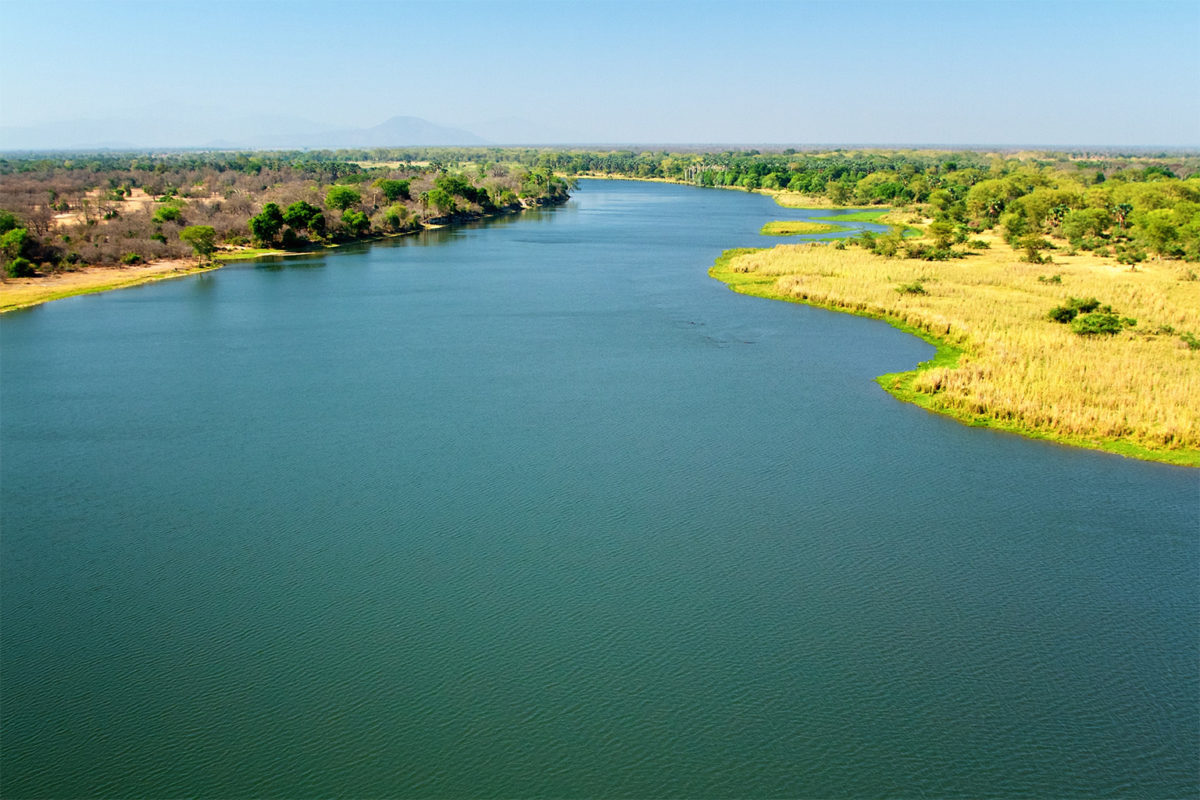 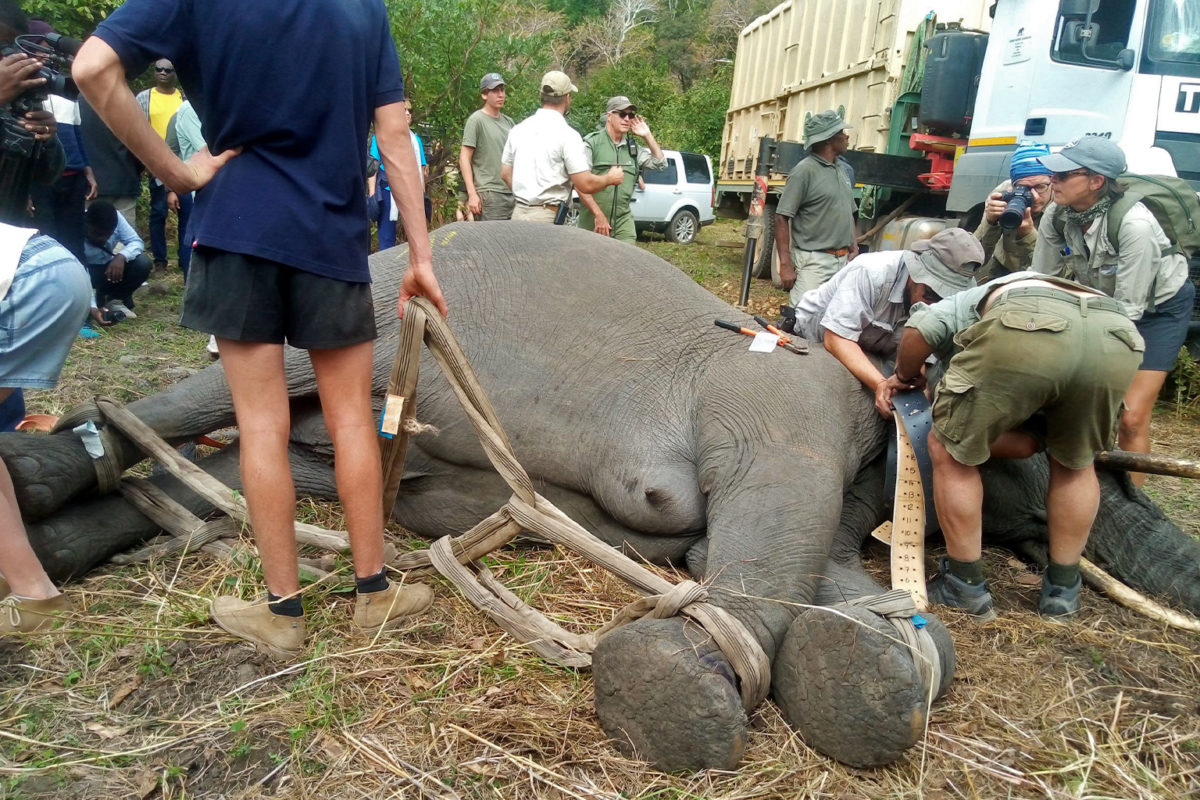 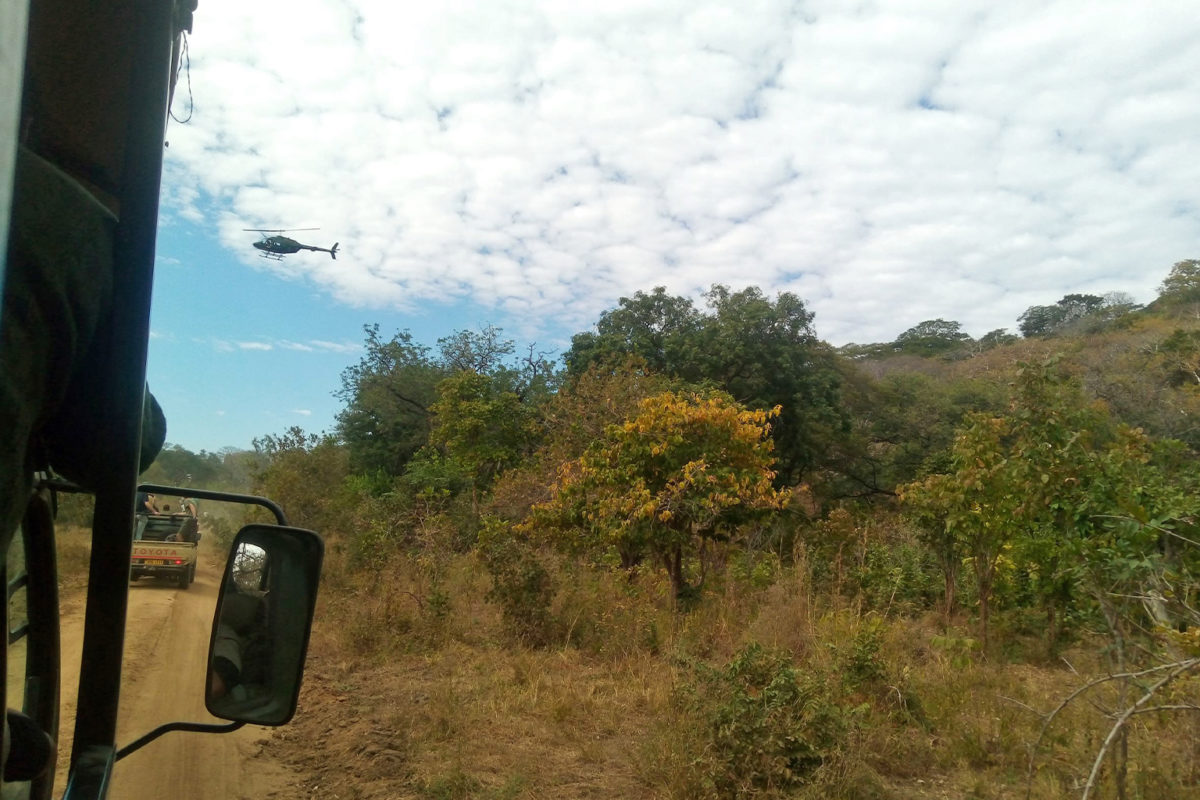 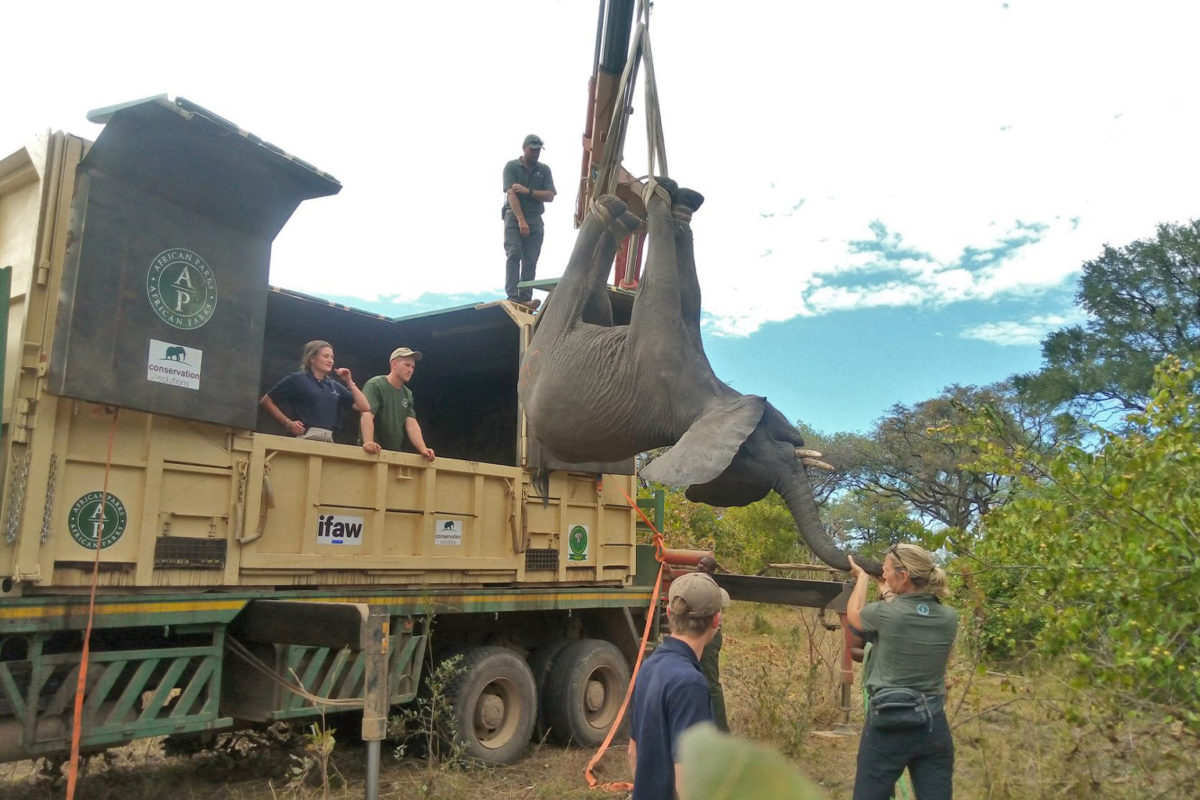 “In particular, where elephants are being translocated to areas previously affected by poaching, such as Kasungu National Park, robust strategies to address and prevent a recurrence of elephant poaching need to be in place,” she says in an email to Mongabay.

According to Rice, given the cross-boundary nature of ivory trafficking and the fact that Kasungu National Park falls into the larger Malawi-Zambia Transfrontier Conservation Area, coordination and cooperation between Malawian parks officials and their Zambian counterparts will be critical to ensure the success of this translocation.

“To balance the needs of human development against the ongoing biodiversity loss, including elephants, requires a multi-disciplinary approach and needs to go beyond land use planning to include education and building of tolerance towards wild elephants and their value within the ecosystem,” she writes.

Alongside the 263 elephants, more than 300 other animals, including impalas, sable antelopes, waterbucks and buffaloes, will also be moved to Kasungu National Park.

In July 2016, African Parks relocated 520 elephants to repopulate Nkhotakota Wildlife Reserve, which it also manages; 366 of those elephants came from Liwonde National Park. The park has not registered any incident of elephant poaching since 2018, African Parks said.

Banner image: A crane lifts an elephant into a truck. Image by Charles Mpaka for Mongabay.