KATHMANDU — When Nepali ornithologist Hem Bahadur Katwal reviewed the existing literature to prepare a proposal for his Ph.D., he came across a subject barely explored, not just in Nepal, but in the entire Indian Subcontinent.

“Most of the studies on birds in the region have focused on forests and protected areas,” Katwal said. “But studies on birds that live in people’s farms don’t seem to have received a lot of attention in the subcontinent.”

Farmland birds live and thrive on land used by people for growing food. Long before humans started farming, birds were already living in open environments such as grasslands. As humans changed these landscapes, the birds adapted, nesting in hedges and eating insects and seeds on the farms. These birds — from buntings and cranes and storks, to sparrows, pigeons and parakeets, among others — became ecologically important for their role in pollination, control of harmful pests, and dispersal of seeds.

Katwal decided to devote his doctoral, as well as postdoctoral, research to studying these farmland-dwelling birds and the challenges to their conservation.

“When I started my field work, I didn’t know what to expect,” he said. “But I believed that an in-depth, multiyear study would help serve as a benchmark for future studies in the area.”

Katwal’s latest study, carried out as part of a team and published in the journal Agriculture, Ecosystems & Environment, looks at how crop diversity and season variations affect the types of birds found in the Terai region, Nepal’s breadbasket.

Various studies carried out in industrialized countries have shown that farmland birds’ numbers are declining sharply due to a shift toward mechanization and intensification of agriculture and use of agrochemicals. In the U.K., farmland bird populations have dropped by more than half since 1970, with much of the crash occurring by the 1980s. Since 1980, Europe’s total farmland-bird population shrank by 300 million birds. And in Canada and the United States, 74% of farmland bird species shrank in number from 1966 to 2013.

However, farmlands in the Gangetic plains in Nepal and India are characteristically different from those in the industrialized West. Most agricultural plots are a few hectares in size or smaller, mechanization and intensification haven’t been adopted at a large scale, and farmers still follow traditional agricultural practices.

“Similarly, farmers manage to leave aside tiny but important habitat patches such as wetlands, grasslands, scrubs and trees,” said Indian ornithologist K.S. Gopi Sundar, who was not involved in the recent study. “In addition to this, we don’t have large-scale hunting, and that really helps retain bird diversity.”

Sundar noted that “several species that Westerners thought were declining because of agriculture have been discovered to have their largest populations breeding in farmlands. So, we can’t generalize the observations made in the industrialized world to the region,” he said.

Given the close relationship between the farmers and farmland birds of India and Nepal, the threats they face here are different from the ones the birds face in the industrialized world, Sundar said. Sarus cranes (Antigone antigone), for example, start making their first nests immediately after farmers first flood their fields to plant rice. The monsoon rains only come later. The cranes live entirely on farmlands, outside protected areas. Similarly, the monsoon rains play an important role in diluting the agrochemicals used by farmers in the region and help protect the birds, something that’s not seen in Europe or North America.

Because studies in the Gangetic plain have been scattered and limited, the region lacks baseline data to assess trends in the populations of farmland bird species. Conservationists have long called for in-depth studies on farmland birds in the region.

For their study, Katwal and colleagues chose areas in Nepal’s Terai, a part of the fertile flood plains of the Ganges River that flows from the Himalayas to the Bay of Bengal in India. “I also chose the area as conditions there are similar to the plains across the border in India and that the results of the study could benefit conservation there as well,” Katwal told Mongabay.

They marked out 116 paths, or transects, 100 of them in farmland, eight in forests and eight in rivers, and made repeated visits to the area over the course of a year and half to observe the birds found along each transect. The researchers recorded 133 bird species in the forests and 131 in river habitats.

“What was the most surprising was that 201 bird species, around one-fourth of bird species recorded in Nepal, were found in farmland habitats. Nine of the species are globally threatened, and 26 nationally threatened,” Katwal said.

Sundar said the number of farmland species as a proportion of overall bird species found in India could be even higher than in Nepal as India’s plains cover a much larger area.

In addition to recording observed bird species, Katwal and colleagues also assessed how different agriculture practices influence the abundance of birds by season and the crop mix in the fields.

“We recorded a greater number of species in the winter season and in mixed-crop fields compared to other seasons and monoculture fields,” Katwal said.

Similarly, they found more farmland birds in areas with more trees, with the number declining as the presence of houses increased. 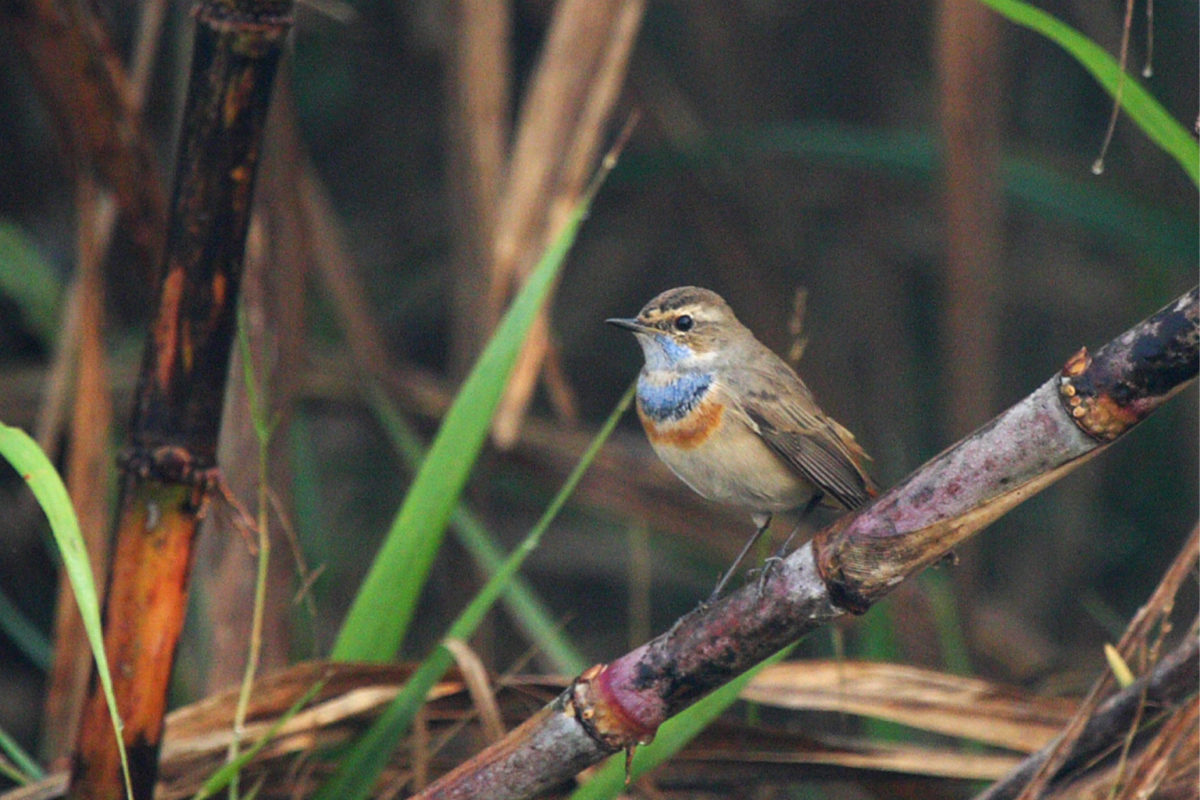 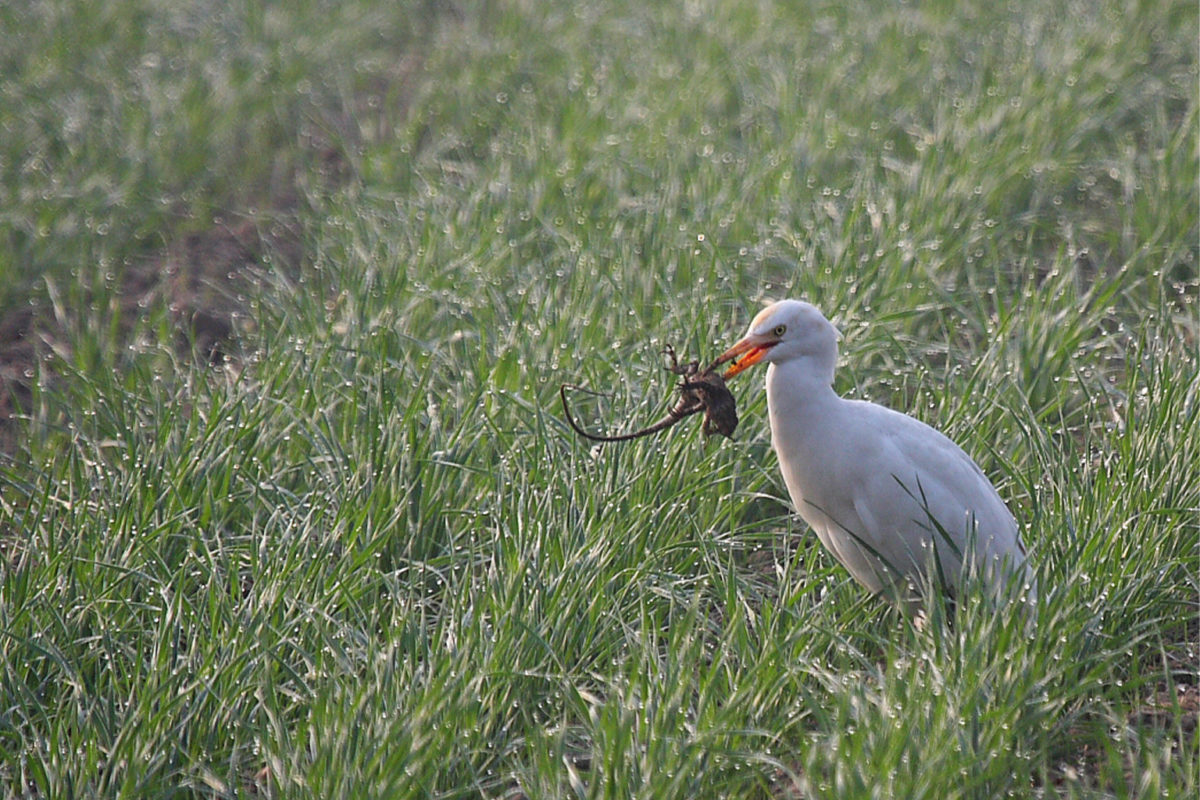 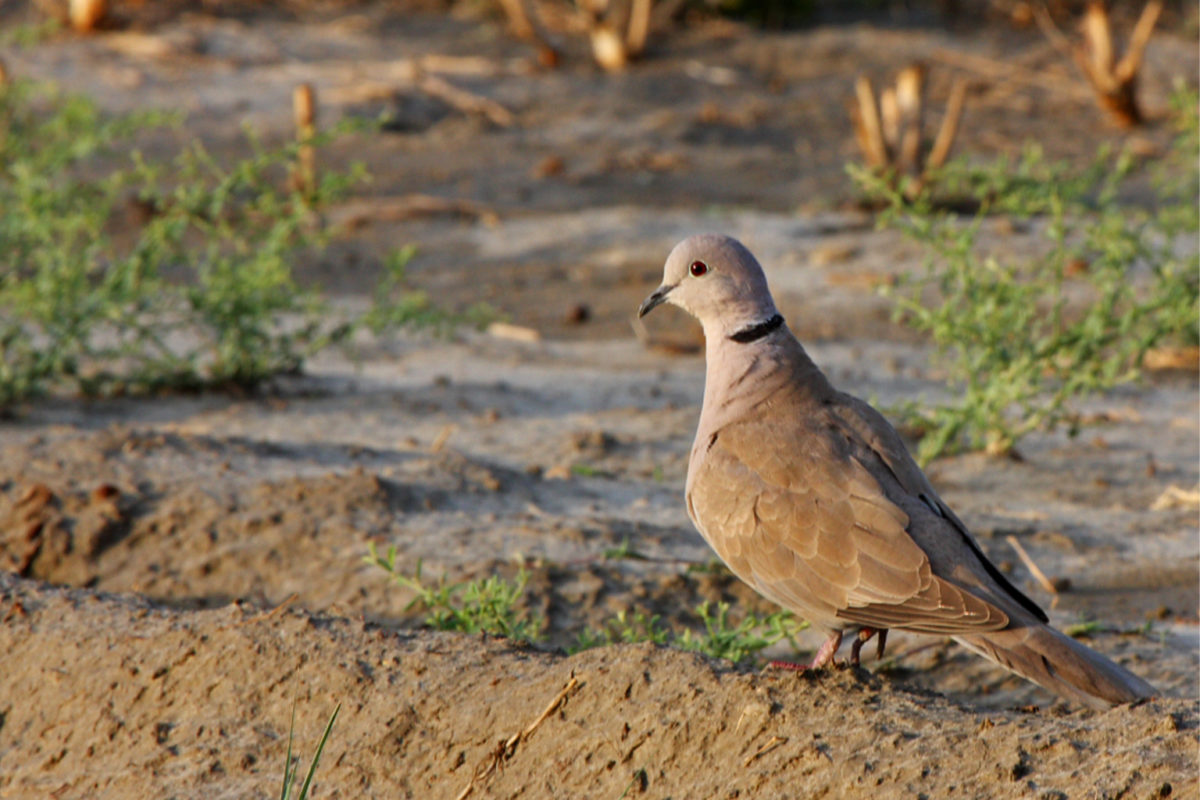 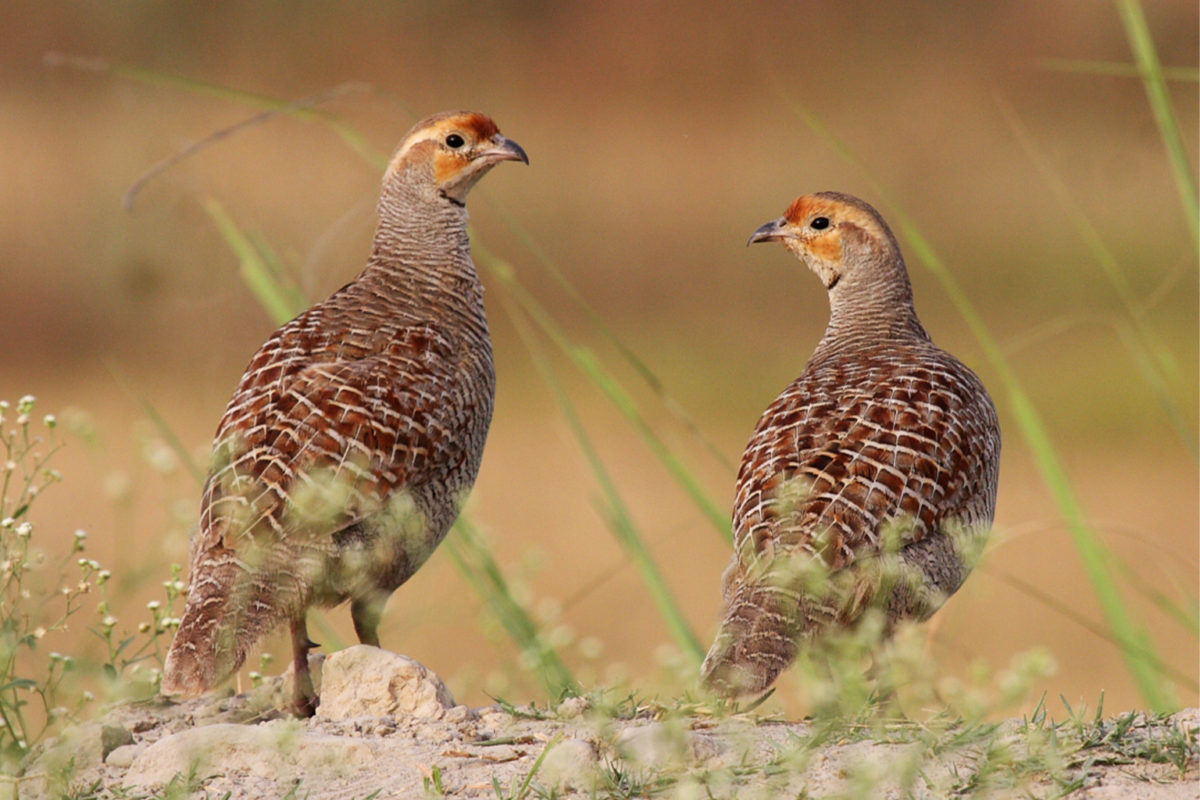 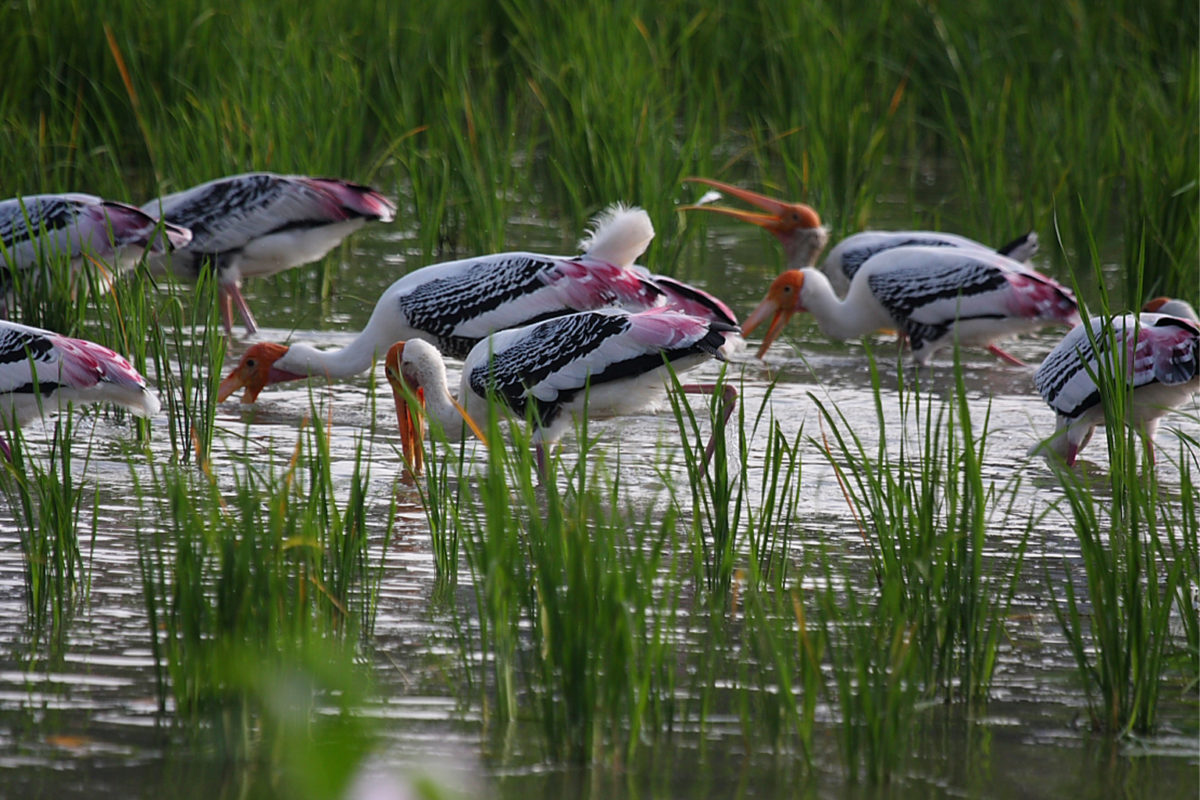 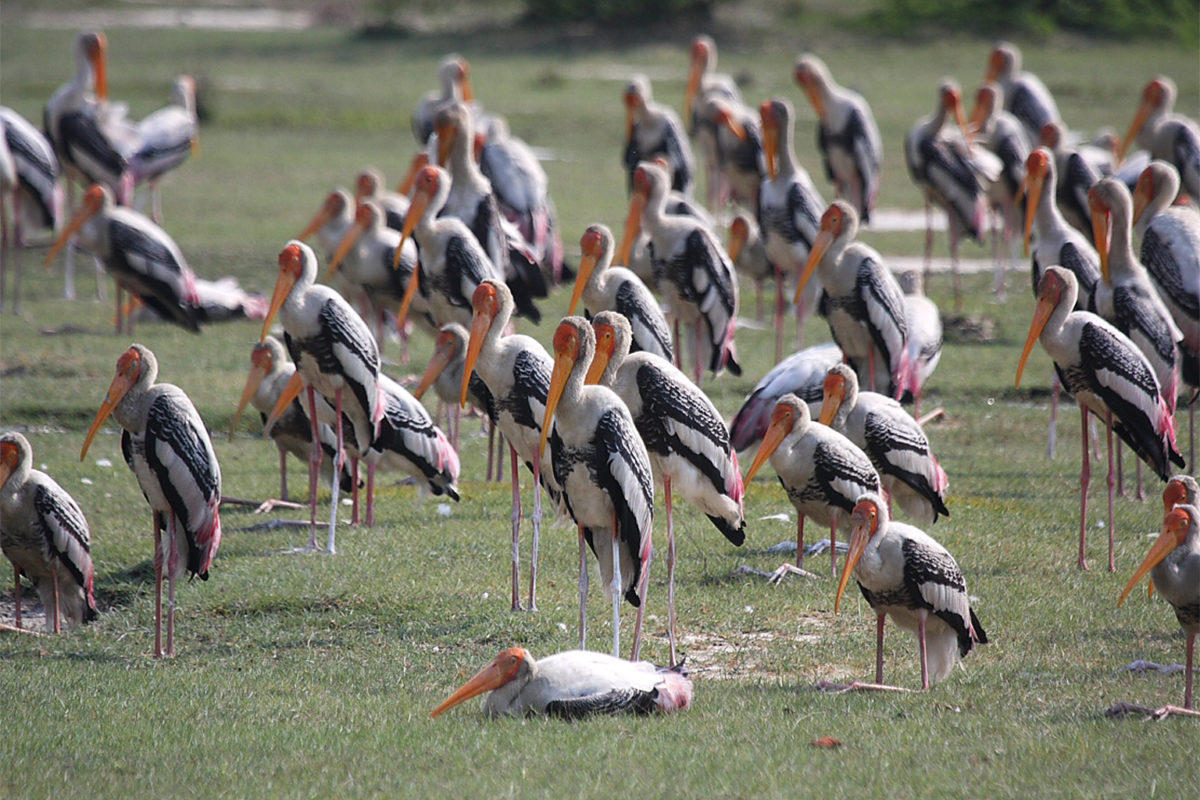 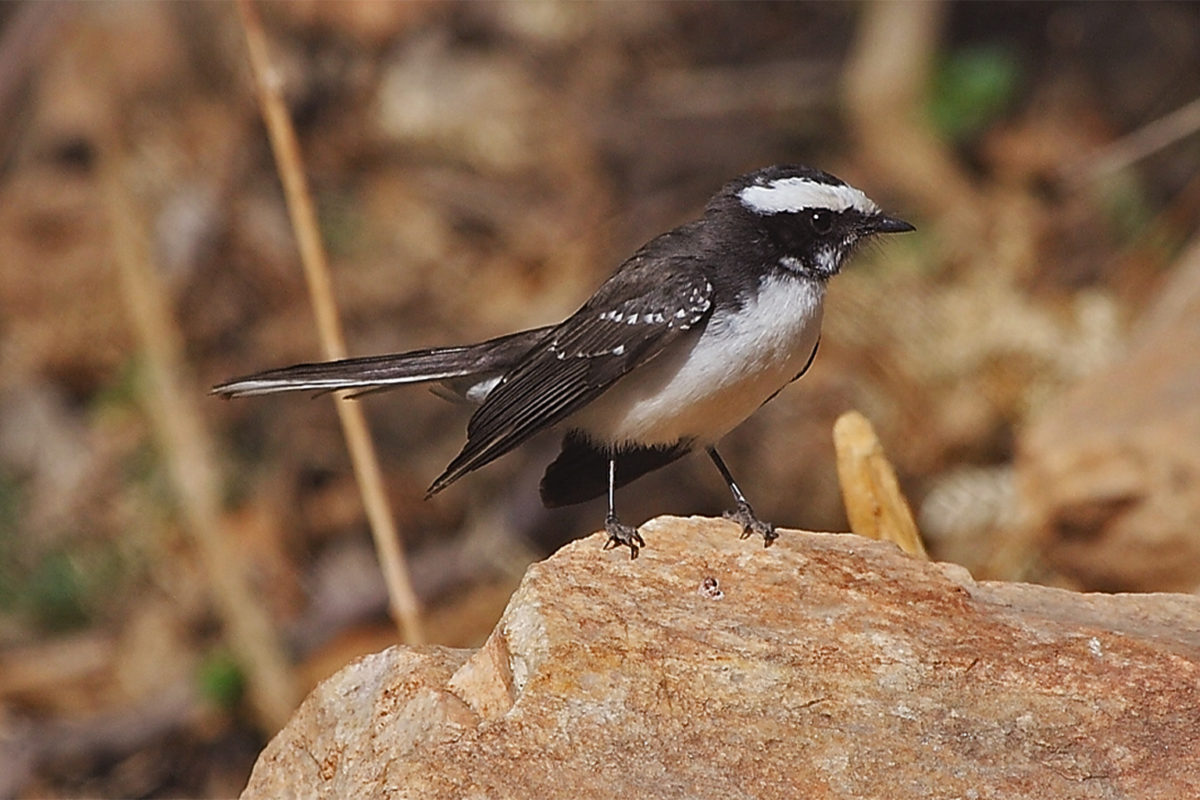 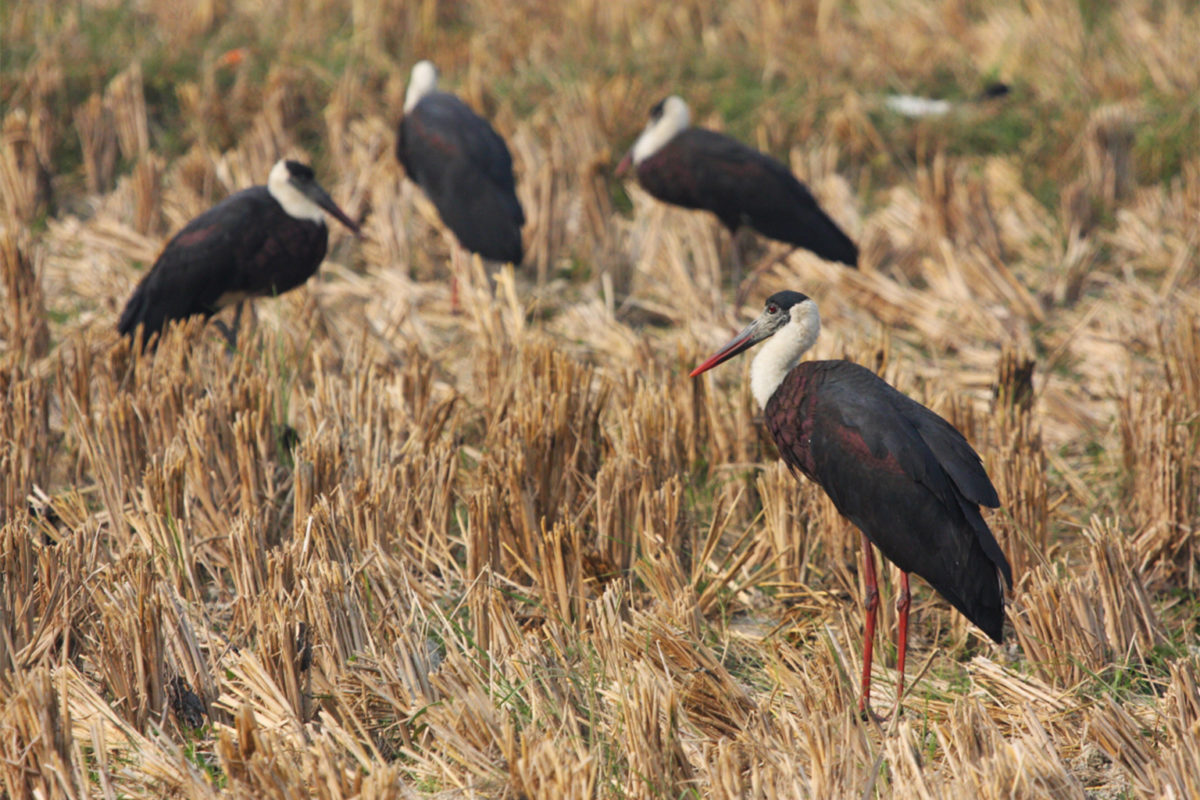 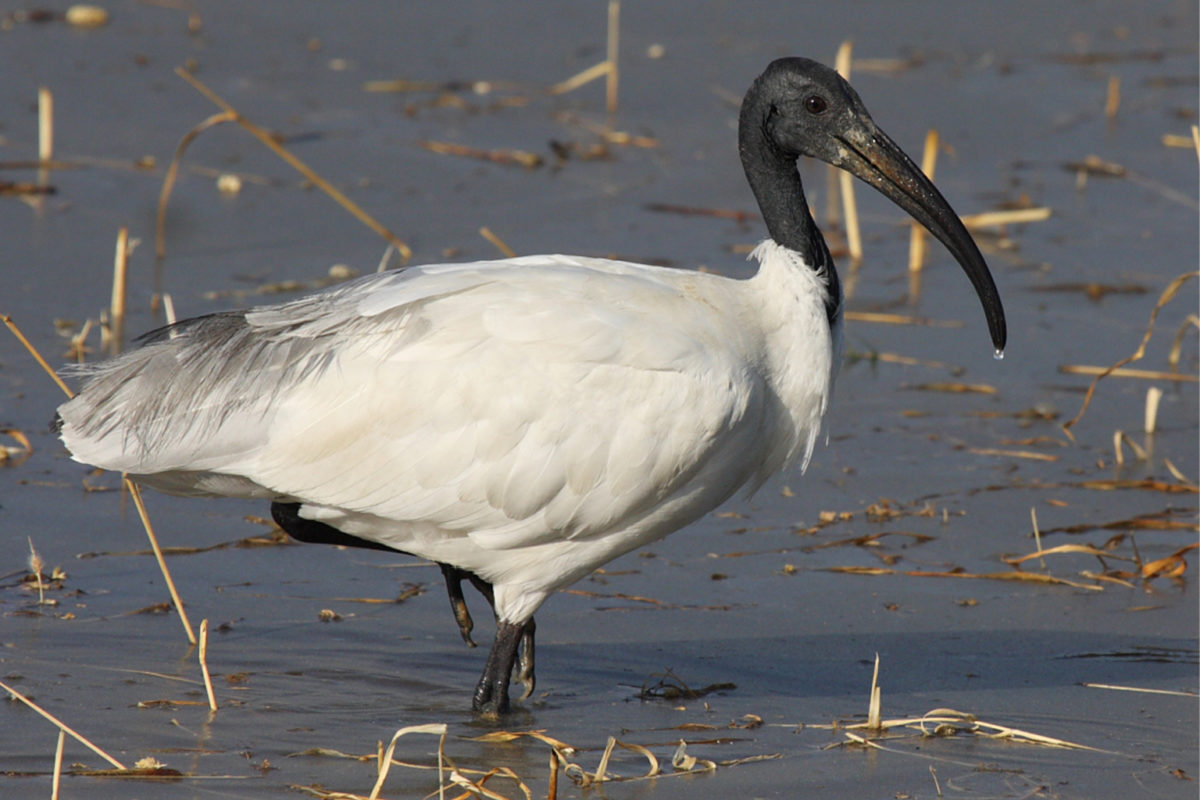 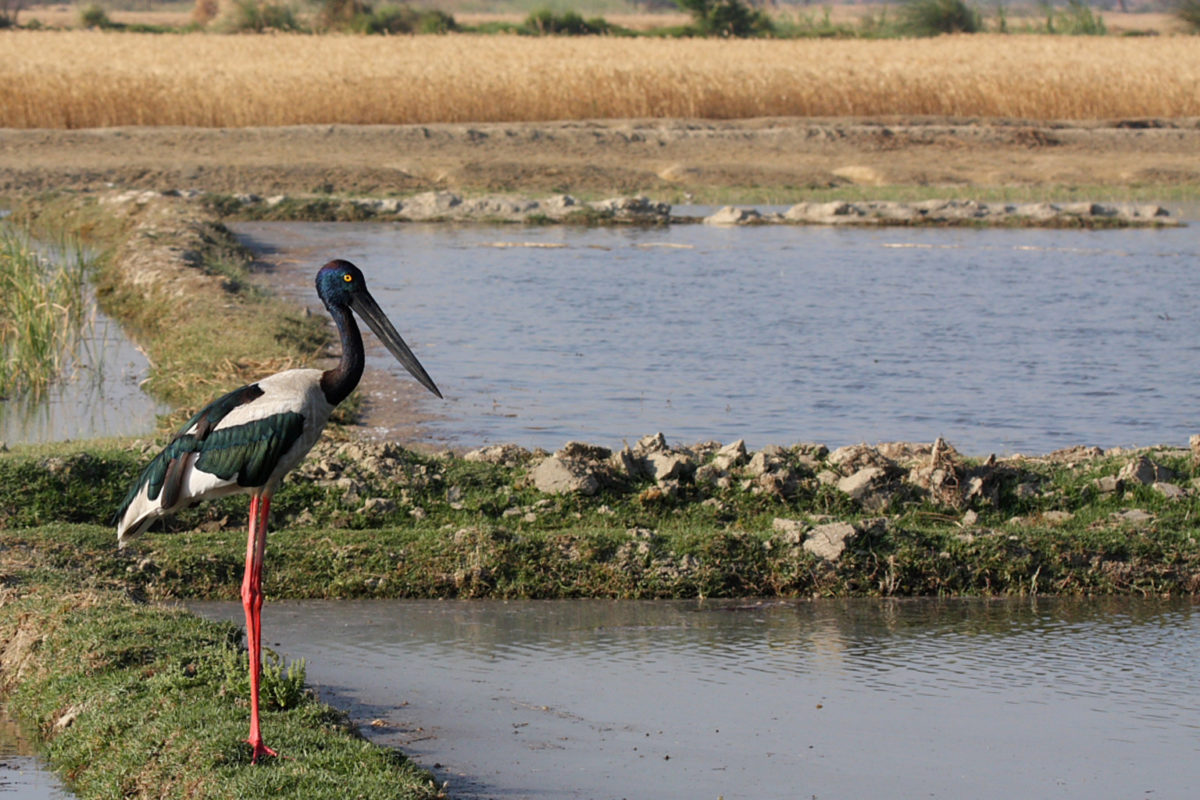 Sundar said he believes Katwal’s study is important as it sets a new baseline that shows farmlands in Nepal and India to be rather different from those in the Western, including in terms of challenges in conserving birds found in these areas.

Some of the challenges to bird habitat here include encroachment of agriculture, rapid and unplanned urbanization, and farmers shifting away from traditional practices, according to Katwal.

“During the visits I made to the observation sites, I had to change some of my paths because houses were built there and new brick kilns had come up to produce bricks to build houses,” he said. More houses also mean more power lines to supply electricity, and therefore a higher chance of injury for birds such as sarus cranes.

Yet both Nepal and India lack robust policies for protecting these birds living outside protected areas, conservationists say.

“Bird conservation policies in the region have disproportionately prioritized protected areas as they were believed to the be prime habitats of endangered bird species,” said study co-author Hem Sagar Baral, a Nepali ornithologist.

He said the study highlights the urgent need to take action to save farmland birds, which make up a significant proportion of the bird species in the region.

“We need to act fast to protect the farmscape of the region. Doing so is not just important for bird conservation, but also for the promotion and protection of our farming culture,” Baral said.

Sundar said that while studies can go on, it’s already time to act based on what the scientific community already knows.

“Governments need to recognize that our farmlands are different and have abundant wildlife,” he said. “We should not dilute the existing wonderful and ancient sustainable relationship between the farmers and the birds.”

Katwal said he plans to continue visiting the observation areas to get more data. The best way forward to protect these farmland birds, he said, would be to encourage farmers to adopt mixed-crop farming and prioritize growing sugarcane. In addition, it’s important to help farmers learn about the birds in their midst and understand their importance.

“We need to teach schoolchildren that farmland birds are equally important as birds found in forests and protected areas,” Katwal said.