Our most read conservation stories for September 2020

Mongabay continued to see growth in readership in September, with traffic across our websites rising 25% over last September to 10.97 million pageviews. We’ve already surpassed 2019’s readership (110 million versus 101 million) with three months still left to go in 2020.

Note: the traffic data presented below is only for the month of September and therefore doesn’t include traffic in prior months for stories published earlier than September. 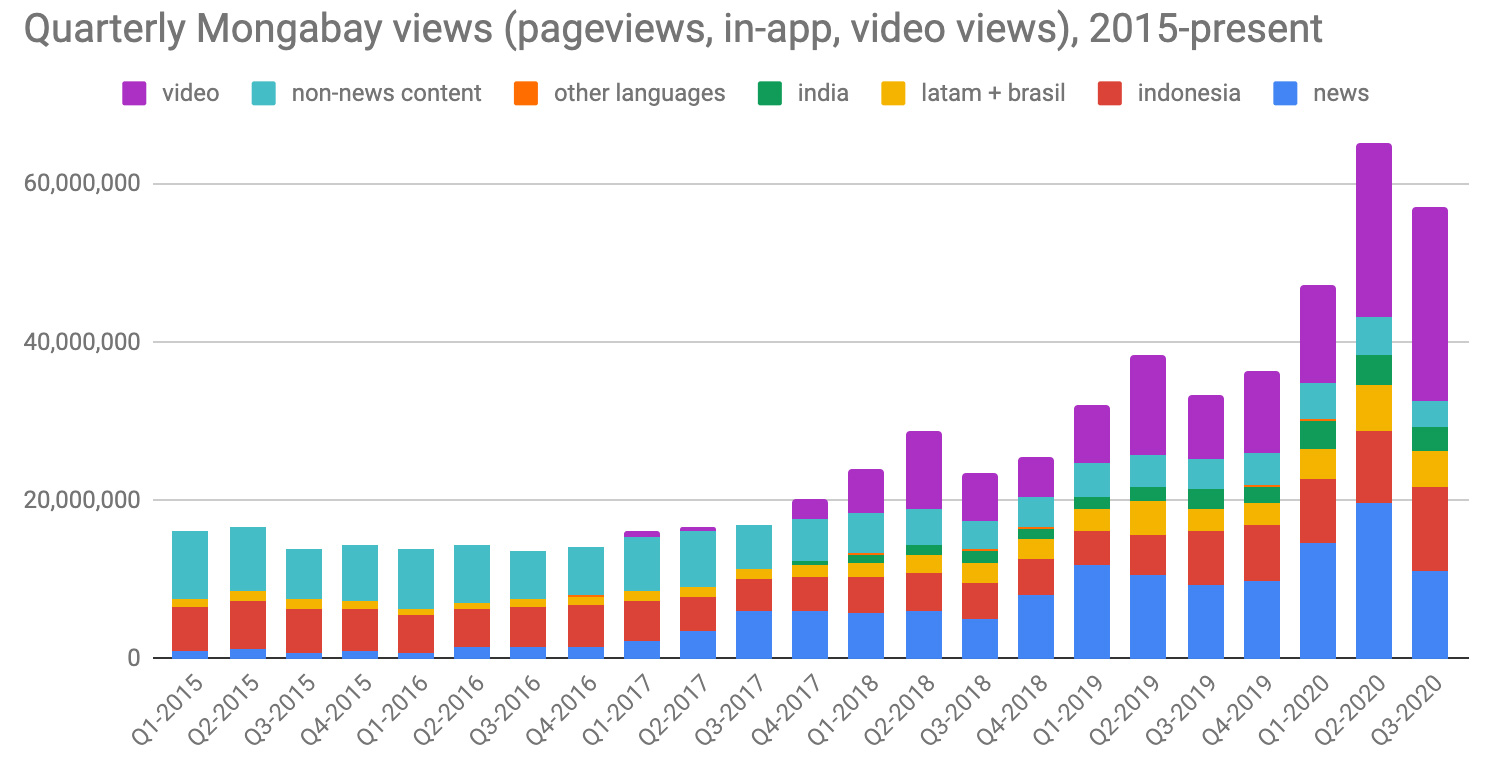 Fight rages on to save centuries-old giant Philippine rosewood tree

In bid to protect a Philippine pangolin stronghold, little talk of enforcement

In Brazil’s Pantanal, a desperate struggle to save a hyacinth macaw refuge from fire

Narwhals beware: Killer whales are on the rise in the Arctic

Birthday party on ship may have led to oil spill in Mauritius, Panama regulator says

Header image: Arapaima on a dock in the Amazon. Photo by Carlos Peres.