Our most popular stories of 2018

2018 was a record-setting traffic year for Mongabay, topping 100 million views in direct readership and video watches for the first time. Both our Spanish-language bureau and our core English-language news bureau shattered previous highs in terms of visitors and pageviews. We also added our India bureau in 2018, which surpassed our audience expectations.

With the caveat that the articles which get the most traffic aren’t necessarily the most deeply reported stories, below are lists of our most popular articles published in 2018. The article view counts only refer to traffic on our web site, not readership of our stories within mobile apps, on social media platforms, or published on third party web sites under Creative Commons.

10 most popular posts published in 2018 on Mongabay News

1. Drone used to confirm existence of uncontacted Amazon tribe (video)
(Author: Mongabay.com) A short story about the Brazilian government using a drone to help confirm the presence of an uncontacted indigenous group deep in the Amazon rainforest was our most popular post published in 2018 with 683,000 pageviews on our web site. FUNAI, Brazil’s indigenous affairs agency, undertook an expedition to an area near the Brazilian border with Peru to confirm the presence of voluntarily isolated peoples along the Juruazinho River. To confirm the presence of the group without encroaching on their territory, FUNAI flew a drone over the forest and photographed huts and crops amid a section of felled trees.

2. Epic battle between tiger and sloth bear caught on film
(Author: Mongabay.com) Footage of a fight between a male tiger and a mother sloth bear in an India wildlife reserve went viral on Facebook and was one of our most read stories in 2018 with 558,000 pageviews. The video was captured by Akshay Kumar, the chief naturalist at Bamboo Forest Safari Lodge in Maharashtra. It starts with the tiger chasing off a sloth bear that was headed with her cub toward a water body. The bear then charges the tiger and the fight ensues. 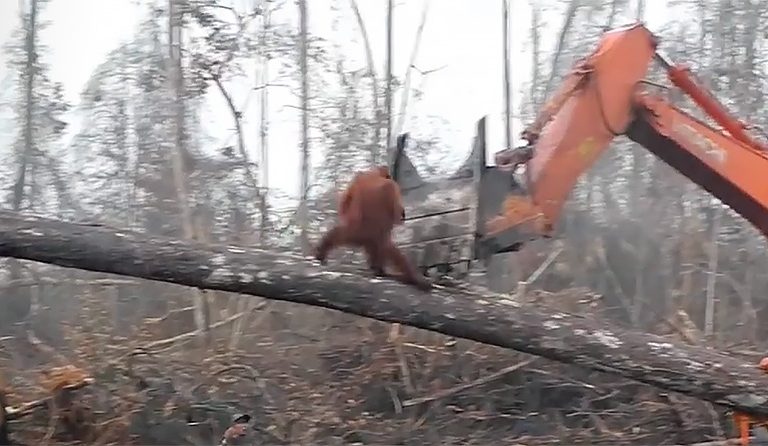 3. Facebook video shows orangutan defending forest against bulldozer
(Author: Mongabay.com) Dramatic footage released in June 2018 by International Animal Rescue (IAR) group showed a wild orangutan trying in vain to fight off destruction of its rainforest home in Borneo. The video, filmed in 2013 but posted on Facebook on June 5th for World Environment Day by IAR, was shot in Sungai Putri, a tract of forest in Indonesia’s West Kalimantan province. Sungai Putri is one of the most important refuges for orangutans left in Indonesian Borneo. Our post attracted 436,000 pageviews. 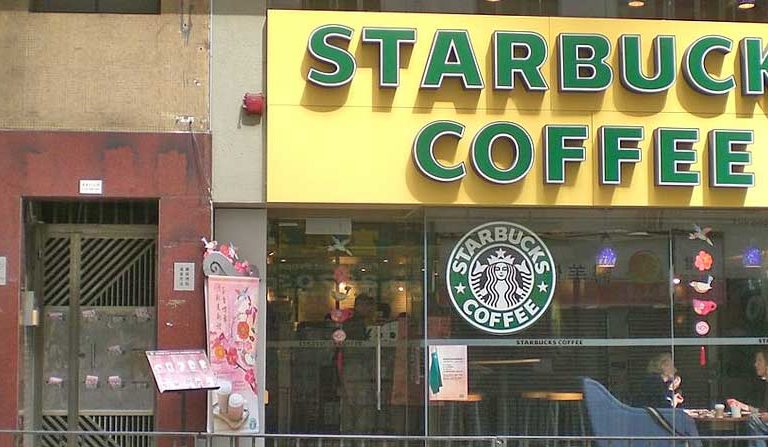 4. Slave labor found at Starbucks-certified Brazil coffee plantation
(Author: Daniela Penha) An investigation done in conjunction with Brazil Repórter Brasil reported on a raid by Brazil’s Labor Ministry of a coffee plantation in Minas Gerais, which was alleging holding workers in conditions analogous to slavery. The plantation held the C.A.F.E. Practices certification, owned by Starbucks in partnership with SCS Global Services. After hearing of the raid, the two companies responsible for issuing the seal said they would review the farm’s quality certificate. Starbucks says it hasn’t bought coffee from the farm in recent years. 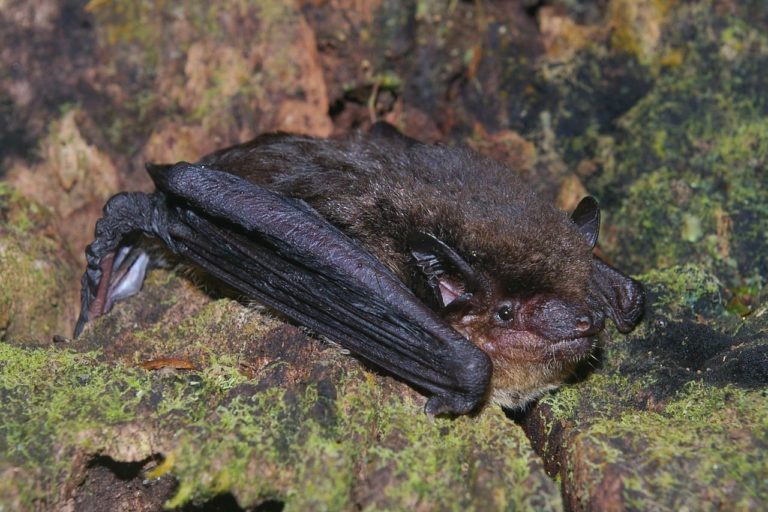 5. Decoding the language of bats key to their conservation
(Author: Javier Lyonnet) This WildTech story reported on a new artificial intelligence algorithm developed by Uruguayan scientists that enables acoustic monitoring of bats. 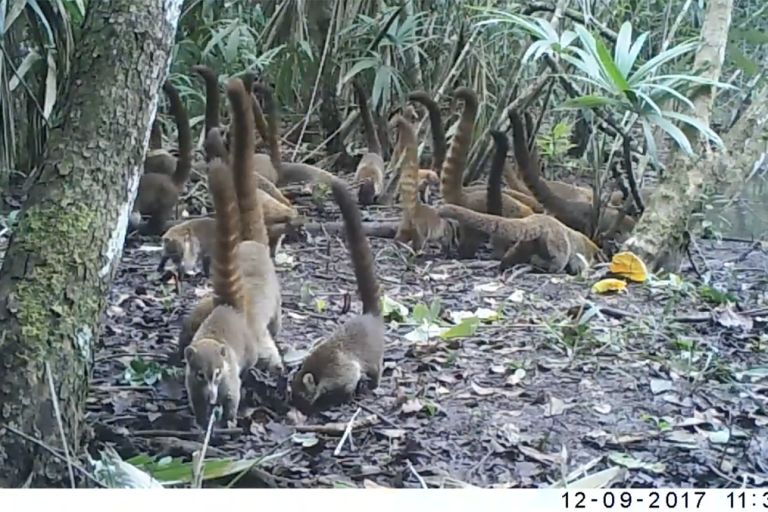 7. With a feast of grubs, a tribe makes its case for forest stewardship
(Author: Hans Nicholas Jong) This reporting is based on a visit to the Kombai tribe of Indonesia’s Papua region, who are seeking recognition of their right to manage their ancestral lands in a bid to thwart the encroachment of oil palm plantations in the last great expanse of unspoiled wilderness in the country. 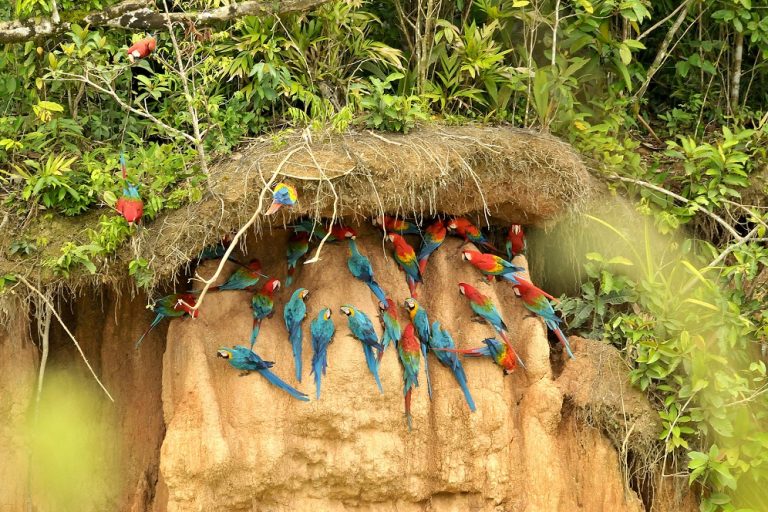 Over 8. $720 million in profit from tourism in Peru’s protected natural areas
(Author: Alexa Eunoé Vélez Zuazo | Translated by Caitlin Hackett) This story, adapted from a Mongabay-Latam post, reports on a study published by the Conservation Strategy Fund, which found tourism in Peru’s natural protected areas created 36,000 jobs and generated $720 million in revenue in 2017. 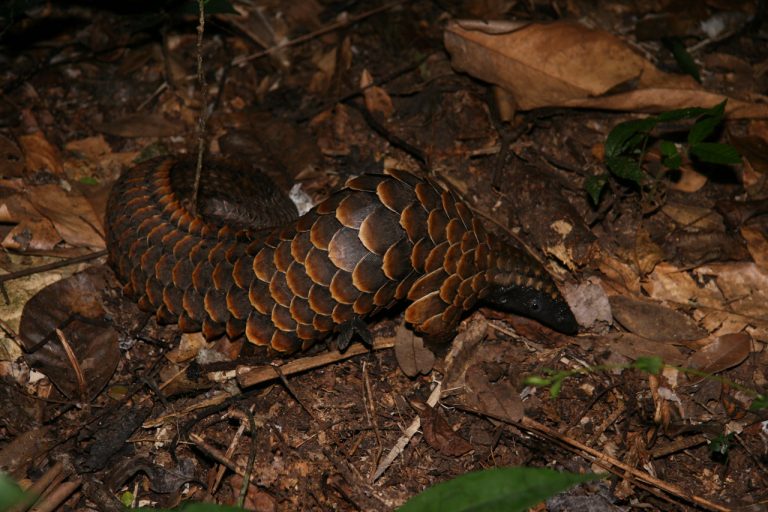 9. Int’l protections not stopping pangolin overexploitation in Cameroon
(Author: John C. Cannon) This story covers a report finding that a 2016 ban on the international trade of pangolins into protecting the anteater-like animal at the local level in Central Africa. 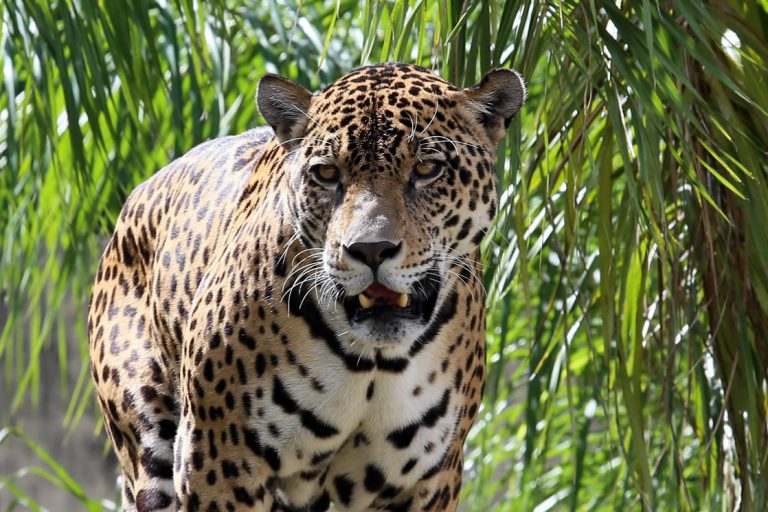 10 most popular posts published in 2018 on Mongabay-India

10 most popular posts published in 2018 on Mongabay-Latam

10 most popular posts published in 2018 on Mongabay-Portuguese

5 most popular video posts published in 2018