Deforestation skyrockets in the Amazon rainforest

Data from a Brazilian forest monitoring group suggests deforestation is surging in the world’s largest rainforest, with last month’s rate of forest loss in the Amazon hitting the highest level since monthly tracking began in 2007.

Imazon, an NGO that independently tracks forest trends in Brazil, this week released its monthly deforestation alert, which pegged June’s forest loss in the Amazon at 1,169 square kilometers, an area 343 times the size of New York’s Central Park. That represents a 108 percent increase over last June and tops the previous record of 1,112 square kilometers, which was set back in September 2007. 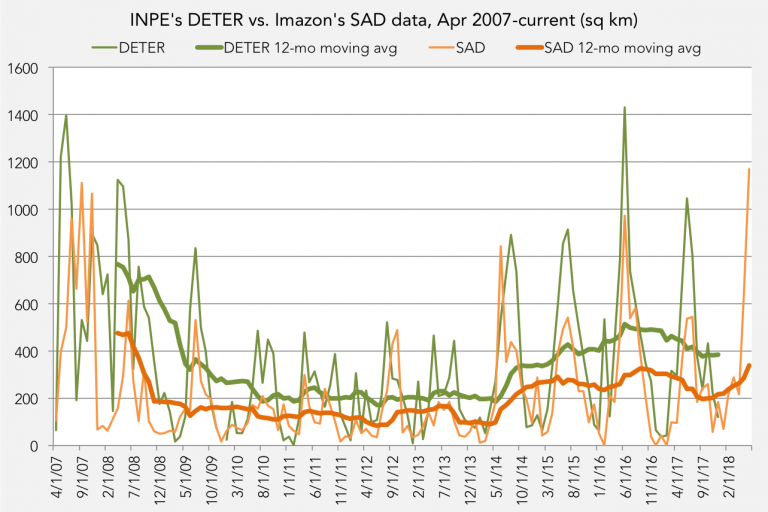 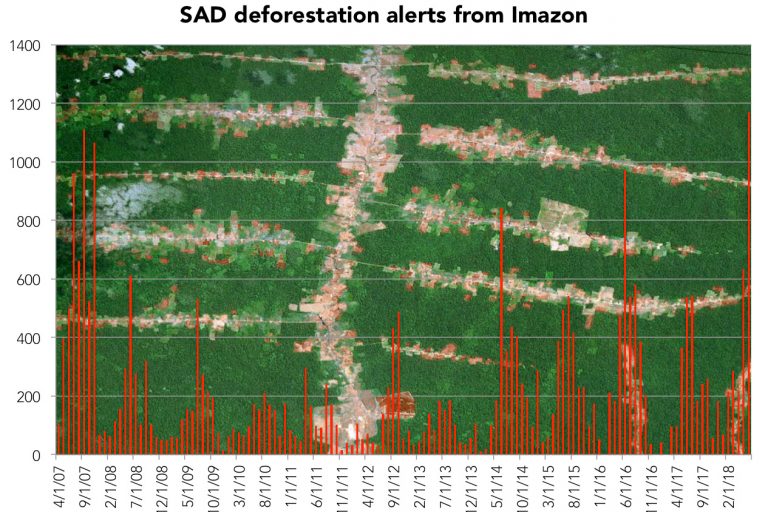 While month-to-month data from short-term deforestation tracking systems is notoriously variable, June’s number comes on the heels of 634 square kilometers of forest loss in May, which had been the highest amount of deforestation since June 2016, as well as warnings from scientists that the Brazilian government’s resolve to combat deforestation is waning.

Since taking power following the impeachment of President Dilma Rousseff in August 2016, Michel Temer has pushed forth with an agenda environmentalists say is undermining Brazil’s commitment to protect the Amazon rainforest. For example, Temer and supporters in Congress have cut funding for environmental monitoring and enforcement, while advancing legislation to reduce protected areas and indigenous lands. Whether related to these efforts or not, the Brazilian government has yet to publish data from its own deforestation monitoring system in 2018. Until this year, data from Brazil’s national space research agency INPE published monthly data on a quarterly basis.

Beyond national politics, other issues may be contributing to the spike in deforestation. Donald Trump’s trade war has driven international buyers toward Brazilian agricultural products, prompting a bonanza for Brazilian soybean growers and cattle ranchers in the Amazon. And a weak Brazilian real is further increasing the profitability of Brazilian agribusiness. Ongoing dry conditions in the Amazon also heighten the risk of forest fires that often spread from deforested areas, increasing degradation often that eventually leads to deforestation. Taken together, there is little indication that the current upswing in deforestation is likely to reverse soon.

Brazil has been widely lauded for a substantial drop in deforestation since 2004. That reduction in deforestation has been largely attributed to better monitoring systems, the creation of new protected areas and indigenous territories, stepped up enforcement of environmental laws, and favorable macroeconomic conditions. 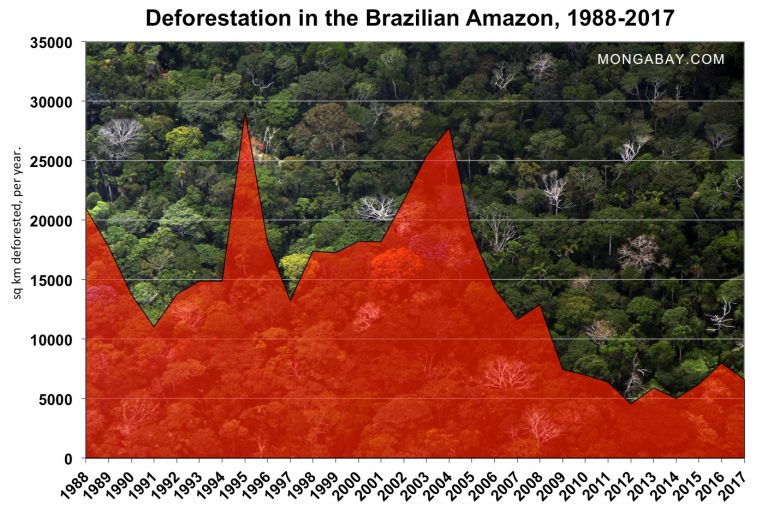