Instead of shipping poached rhino horns whole or in chunks, transnational criminal networks have started manufacturing jewelry and other rhino-horn trinkets in southern Africa, according to a new report from conservation NGO Traffic.

Beads, bangles and other carved rhino-horn trinkets have previously been found in destination countries like Vietnam and China. However, manufacturing such products before shipping them out of Africa represents a new tactic for evading detection, and indicates a possible shift in consumer demand.

“I think it makes it extraordinarily difficult for law enforcement agencies,” said Julian Rademeyer, a South Africa-based project leader for Traffic and one of the authors of the report. “They are already overstretched and under-resourced, and who’s going to be able to stop someone walking through an airport wearing a rhino-horn bracelet or bangle or beads, or carrying them in a bag? It’s not the sort of thing that law enforcement agencies and customs officials are looking for. They’re looking for whole horns or chunks of horns.”

Evidence that criminal networks of Chinese origin are processing jewelry and trinkets in Africa also suggests that rhinos are not only being poached for the perceived value of rhino horns for medicinal purposes or as a status symbol.

“In some ways the trade is morphing into a luxury market, particularly in China, it would seem, where there is demand from consumers for these objects,” Rademeyer said. 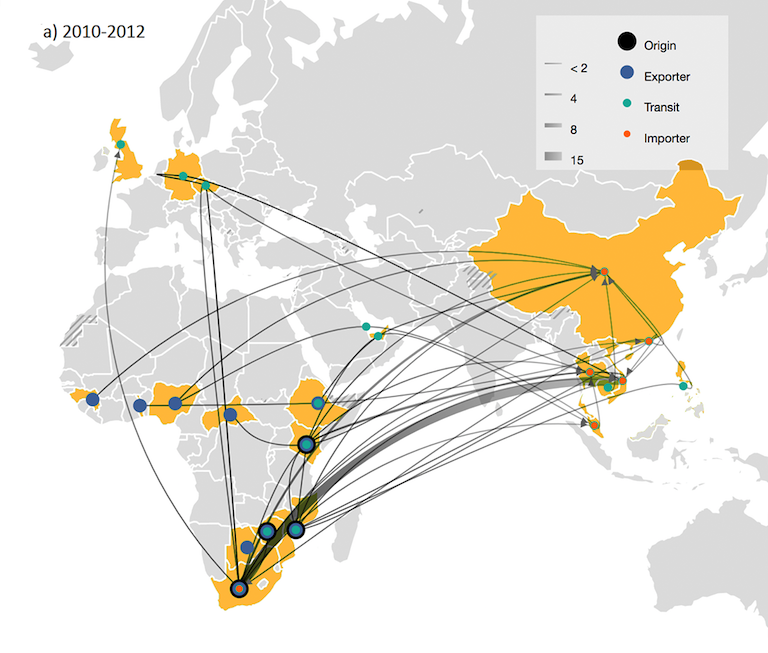 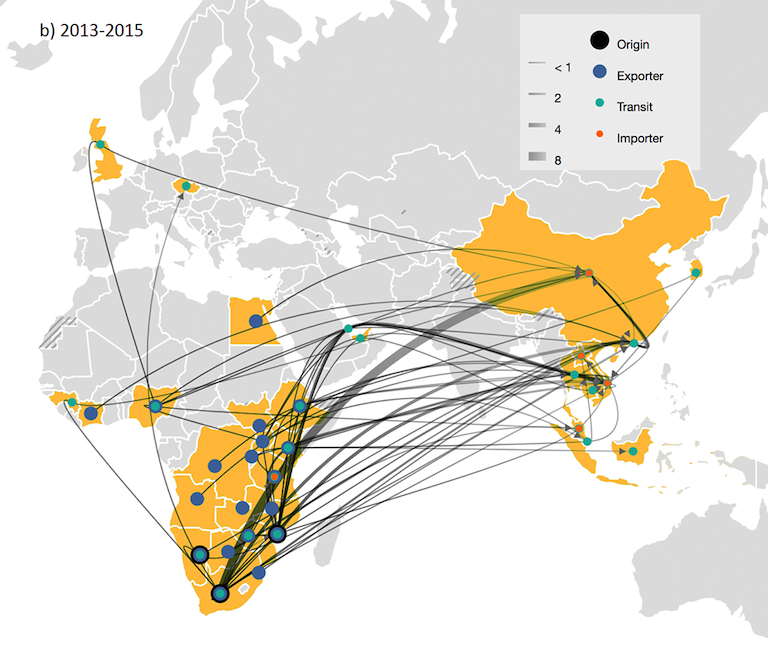 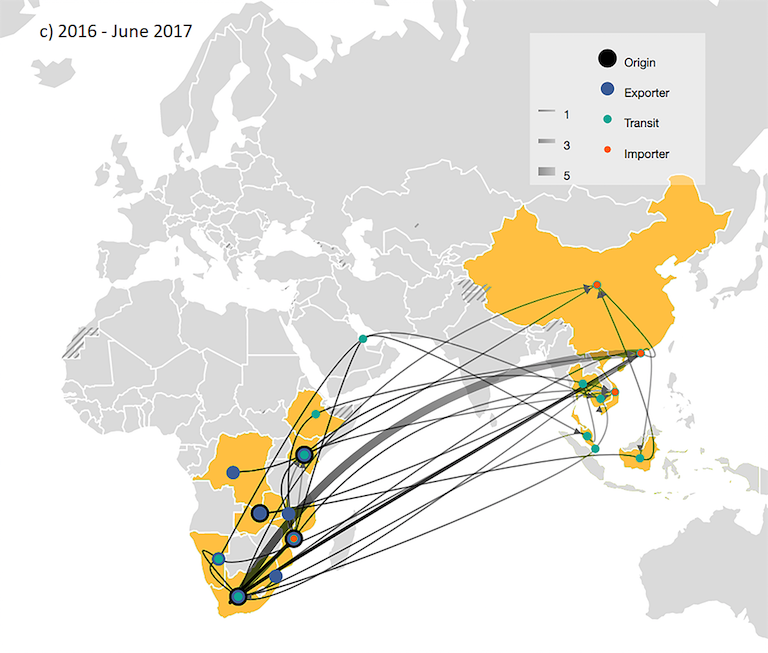 This shift in tactics underscores the adaptability of smuggling networks, and the difficulties law enforcement agencies face in tackling the illicit trade in rhino horn and other wildlife products.

Only a fraction of smugglers get caught.

According to data compiled by Traffic, around 5 tonnes of African rhino horn was seized globally between 2010 and June 2017. However, 6,661 black and white rhinos were officially reported to have been killed by poachers between 2010 and the end of 2016 — a death toll that would have resulted in approximately 37 tonnes of rhino horn entering the black market.

When enforcement efforts tighten in one location, or authorities get wise to a particular smuggling method, traffickers simply shift to new routes and methods, Rademeyer said. “They adapt far more quickly than law enforcement agencies do. The methods that they use to smuggle horn, the routes they use, are limited only really by imagination and opportunity. For law enforcement agencies it’s a very, very difficult job to try and combat this.”

Even when shipments are detected, simply confiscating them isn’t enough to shut down the trade. “I think for many criminal networks, seizures are almost a form of taxation — they’re a loss that they take into account when they are doing their operations,” Rademeyer said. “Seizures should be seen as the first step in targeted investigations going after the networks involved and some of the individuals involved.”

To effectively fight the wildlife trade, authorities must, in some ways, become more like the smugglers they are trying to combat: versatile, adaptable and globally networked. This means reducing bureaucratic red tape, inter-agency cooperation and information sharing, and ensuring that “we don’t simply have paper agreements that don’t yield results,” Rademeyer said.

With just 25,000 rhinos left in Africa, and more than 7,100 poached in the last decade, there is little time to waste.