This commentary is part of a series that is running around the IUCN World Conservation Congress taking place September 1-10, 2016 in Hawaii.

Conservation has always revered its heroes– those courageous and committed individuals that champion and often become spokespeople for iconic species, causes, and places. Such heroic figures, often romantically portrayed within the frontiers of the world’s great wild places, standing alone against the forces of environmental devastation, are a great part of conservation’s mythology. These so-called conservationist ‘silverbacks’ – an allusion to the male mountain gorilla that singularly dominates his troop – tend to similarly possess outsized, often dominating personalities within their field.

But in a world where conservation challenges are increasingly characterized by complex processes of political, social, economic, and environmental change occurring rapidly and at multiple scales, the ‘silverback’ model of conservation leadership is increasingly anachronistic and indeed counterproductive.

The model of relatively isolated individuals championing one charismatic place or species can distract from some of the most important needs in conservation leadership today. Lasting, effective conservation efforts need leaders who can address challenges spanning local to global levels; who can build collaborations and movements comprising different actors and interests; and who can build and manage outstanding teams of diverse and talented individuals across multiple organizations and sectors. Tomorrow’s conservation leaders need to drive systemic change by building organizations and networks that are far greater than the sum of their parts. Within the wider social change arena, these types of individuals are increasingly termed ‘systems leaders,’ as a result of their ability to drive systemic change through collaboration and collective action. Conservation today needs to embrace, promote, and invest in systems leadership.

Searching for systems leadership in conservation

Effective systems leaders are connectors and facilitators; they are able to see the underlying dynamics and drivers behind conservation challenges; are humble in recognizing the need to share ownership, credit and resources; and are able to keep groups focused on end results and outcomes. Systems leaders bring different people together to address complex problems, build diverse movements, and foster learning and collaboration. Often, systems leaders work behind the scenes to bring people together and create the potential for new ideas and initiatives to emerge. In this way, they may embody the ancient Chinese adage: The great leader is the one of whom the people say, ‘we did it ourselves’.

This type of systems leadership is urgently needed across the conservation field today. In Africa, for example, conservation efforts face massive challenges from population growth, increasing consumption, overexploitation of species and resources, and social and economic transformations. Long-standing governance problems, such as corruption and the need for policy reforms, are exacerbating challenges such as illegal wildlife trade. The ability of conservation organizations to respond to these problems is even more difficult due to trends of government crackdowns on civil society rights and freedoms. The scope of such challenges requires solutions and leadership on a systemic scale, going well beyond the site-based models comprising much of African conservation work so far.

Fortunately, these kinds of systems leaders are emerging across different parts of Africa, even if they remain largely unknown. For example, Namibia’s exceptional conservation achievements– including the establishment of more than 16 million hectares of communal conservancies and the increase of most large mammal populations since the 1990s– have been rooted in long-term collaborations between local organizations, international conservation groups such as WWF, and funders such as USAID. The Namibian Association of CBNRM Organisations (NACSO) has played an important role as a forum for collaboration across different groups, contributing to the transformative changes in the country’s conservation sector over the past 25 years. “The story of Namibia’s conservation successes is first and foremost one of collaboration,” says Karine Nuulimba, program director for Integrated Rural Development and Nature Conservation (IRDNC), one of Namibia’s leading conservation organizations, and the current Chairperson of NACSO.

Systems leadership has also been key to Kenya’s growing conservancy movement, which is increasingly important in reversing population declines for species like elephants and lions. For the past 15 years, organizations such as the Northern Rangelands Trust, Laikipia Wildlife Forum, and African Conservation Center have brought together communal and private landholders to develop new local conservation models. Today, conservancies have been formally incorporated into Kenyan law and have growing government support. A new national umbrella organization, the Kenya Wildlife Conservancies Association (KWCA), has been established to champion conservancies at the national policy level, develop best practice standards, and build local capacity. KWCA is headed by Dickson Ole Kaelo, a Maasai rangeland expert who previously played a key role in the formation of the first conservancies around the Maasai Mara National Reserve. KWCA, led by Kaelo, is playing a critical role as a system leader by working to bring together the many disparate local conservancies and regional initiatives that have emerged across Kenya over the past decade, and thereby build up the national conservancy movement.

In Tanzania, the Ujamaa Community Resource Team (UCRT), whose work was honored with a Goldman Environmental Prize earlier this year, is another example of this new kind of leadership. UCRT has gained distinction by developing pioneering methods to help Maasai and hunter-gatherer communities secure rights to their traditional lands and resources. They have also played a lead role in the development of many new alliances and collaborations bridging pastoralist land rights and conservation efforts, including the Tanzania Natural Resource Forum, Tanzania Land Alliance, and Northern Tanzania Rangelands Initiative. This ability to catalyze new partnerships and alliances across groups with very different interests and perspectives, has been a key to UCRT’s success and rising profile, and is emblematic of systems leadership.

Even more traditional, species-specific conservation efforts are seeing new forms of collaboration on a larger scale. For example, a number of leading lion conservation groups– all led by a younger generation of women conservationists working in remote parts of Africa– have come together to form the Pride Lion Conservation Alliance, which aims to share knowledge and experience, mobilize resources, and enhance leadership around lion conservation.

These kinds of collaborative organizations that can link local actions to national and global dynamics, that can mobilize actors across vast landscapes, and that are led by a new generation of predominantly African conservation leaders, will be the key players in the region’s conservation future. Developing new leadership models and investing in emerging leaders is consequently a major imperative for international conservation groups and funders. Overall, less than 1% of philanthropic funding is invested in leadership development, despite the nearly uniform recognition that leadership is critical to social change and organizational performance.

Conservation efforts in Africa, and many other parts of the world as well, need to prioritize leadership development as a focal strategy. Leadership development opportunities need to be made accessible to individuals who need them most – which often means ensuring they are locally customized and available to those who cannot afford to decamp to academic settings overseas for extended periods of time. The new generation of systems leaders emerging across Africa need all of our support to achieve only what they can bring about. 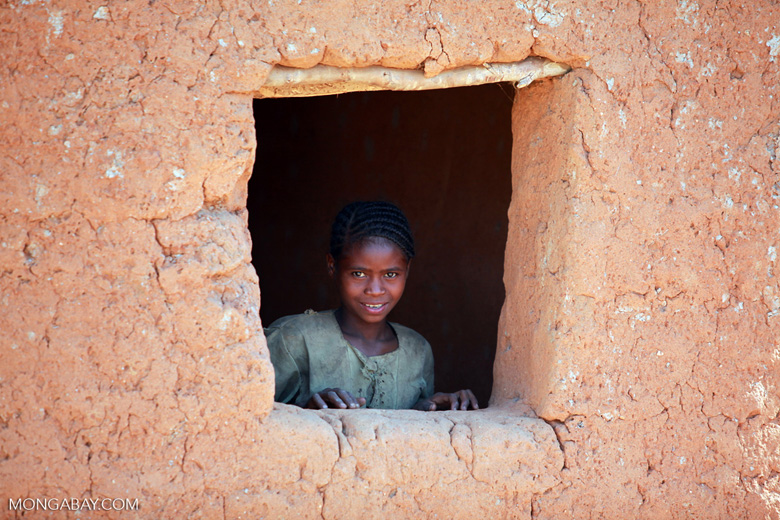 Fred Nelson is the Executive Director of Maliasili Initiatives, an organization that supports the growth, development, and performance of leading civil society organizations and social enterprises working to advance sustainable natural resource management practices in Africa.

Erin Myers Madeira is the Lead for the Global Program on Indigenous Peoples and Local Communities for The Nature Conservancy.