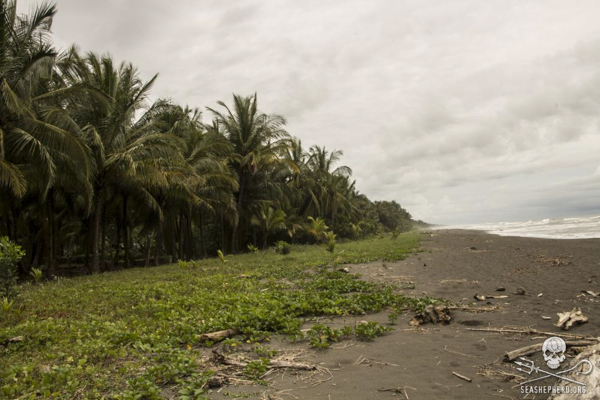 Activists working to protect sea turtles have once again been attacked in Costa Rica.

On June 4, volunteers working with the US-based Sea Shepherd Conservation Society interrupted a poacher in the act of stealing sea turtle eggs from a nest on Pacuare Beach, which lies along the country’s Caribbean coast. That led to threats of violence from a network of local poachers. Sea Shepherd hired private security in response.

Three weeks later, in the early morning hours of June 26, two Sea Shepherd volunteers were injured while patrolling Pacuare Beach when their group was set upon by at least 10 poachers wielding sticks and machetes, according to news reports.

Brett Bradley of Australia and Ellen Campbell of Canada suffered “minor injuries,” according to a statement released by Sea Shepherd. A spokesman for the group insisted that the team of volunteers is undaunted in the wake of the attack.

“This is a clear indication that Sea Shepherd’s presence as we patrol the beaches has been effective,” Hance added. “Our team reports that after experiencing this violence at the hands of the poachers, they are more determined than ever to continue to protect the turtles.”

The volunteers were part of Sea Shepherd’s Operation Jairo, under which, the group says, activists are currently patrolling sea turtle nesting grounds in Costa Rica and Honduras. Yesterday, in conjunction with the local non-profit Sea Turtle Oversight Protection, the organization launched patrolling activities in Florida, where the major concern is not so much poachers but illegal forms of light pollution that can disorient hatchlings and prevent them from reaching the sea.

The attack on Pacuare Beach has drawn comparisons to another case when a conservationist protecting sea turtles in Costa Rica was targeted with violence. In fact, Operation Jairo is named after Jairo Mora Sandoval, a 26-year-old Costa Rican activist who was kidnapped, tortured, and killed by poachers in May 2013. The seven men charged with Sandoval’s murder were acquitted earlier this year. 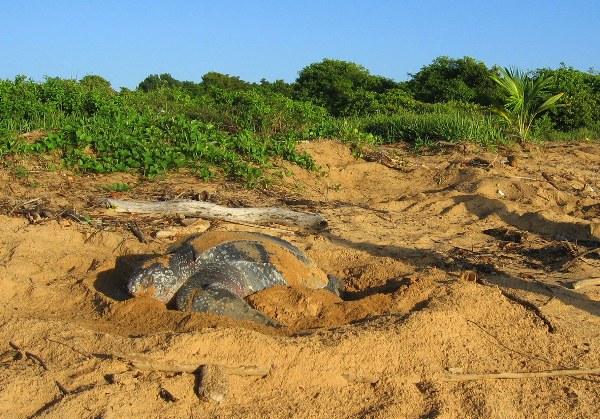 All but one of the world’s seven sea turtle species nests somewhere in Costa Rica. The poacher prevented from finishing the job on Pacuare Beach on June 4 was attempting to steal the eggs of a nesting leatherback sea turtle (Dermochelys coriacea).

The world’s largest and deepest-diving turtle, the species is listed as “Vulnerable” on the IUCN’s Red List of Threatened Species. (Of the other six sea turtle species, two are listed as “Critically Endangered,” two as “Endangered,” one as “Vulnerable,” and another as “Data Deficient.”)

Leatherback eggs are considered an aphrodisiac and can fetch as much as $1 apiece. Given that a single female can lay 85 or more eggs per nest, and will typically build several nests in a single season, there is substantial money at stake for poachers whose illicit activities are disrupted by conservationists. Poachers in Costa Rica are growing increasingly violent in protecting their turf, and have been connected to the illegal drug trade.

Leatherback sea turtle populations have seen sharp declines in recent decades. According to the IUCN, the average number of nests per year went from 90,600 to 54,300 over the three generations prior to 2010. Even so, current forecasts predict that leatherback populations may be stabilizing and could actually begin to increase by 2030.

But these gains are contingent on several factors, the IUCN cautions, including the success of conservation activities to mitigate threats to the species. In addition to egg poaching, the most prevalent threats to leatherbacks include being caught in fishing gear targeting other species, direct hunting for turtle meat, and coastal development, according to the group. 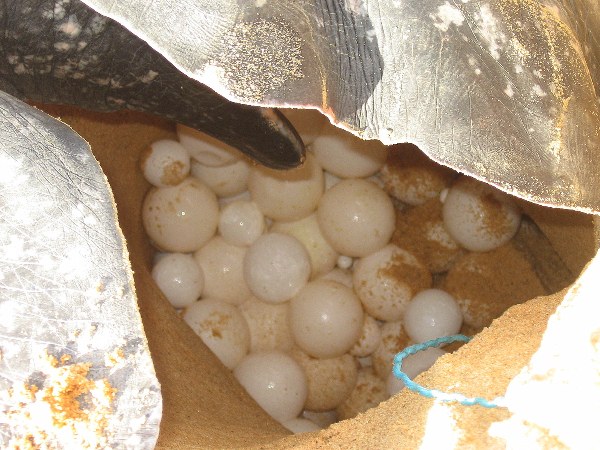 Fresh-laid leatherback eggs. Sea turtle eggs are considered an aphrodisiac and sell illegally for as much as $1 each in Costa Rica. Photo credit: Tiffany Roufs.

Sea Shepherd’s Hance said in a statement that while the group’s volunteers are willing to accept the risk of violence in order to guard sea turtle eggs, more security would be hired to protect the activists.

He also called on local authorities to not only help ensure the safety of conservationists like Sea Shepherd’s volunteers, but to bring the poachers to justice once and for all.

“Sea Shepherd is taking all appropriate steps to ensure the safety of our crew. We have again contacted the Costa Rican Ministry of Environment, Energy and Seas and the Coast Guard, as well as the local embassies that govern each of our crewmembers,” Hance said.

“We are also in contact with the local police and are demanding that they protect our volunteers, take swift action against these poachers for their attack, and enforce the law as it relates to poaching of turtle eggs.”