Scientists reconstruct what was in the Harapan Rainforest of Sumatra 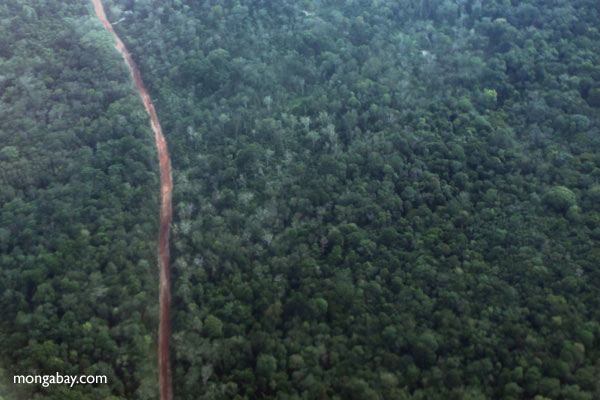 “Harapan” means “hope” in the Indonesian language. Fittingly, the Harapan Rainforest on the island of Sumatra is among the most biodiverse places on the planet. It is home to over 300 species of birds and many unique animals, including the critically endangered Sumatran elephant (Elephas maximus ssp. Sumatranus), Sumatran tiger (Panthera tigris sumatrae), and Sunda pangolin (Manis javanica).

A new study published in mongabay.com’s open-access journal Tropical Conservation Science describes how the Harapan Rainforest was prior to extensive logging and compares it to its current condition. The authors call for the Harapan’s conservation because it is still very rich in species and holds rare habitats and many endemic plants.

Rainforests across Sumatra are rapidly disappearing due to timber extraction and conversion to palm oil and pulp-wood plantations. In 1900, lowland rainforests covered an estimated 16 million hectares (62,000 square miles) on the island, but today only 500,000 hectares (1,900 square miles) remain intact. 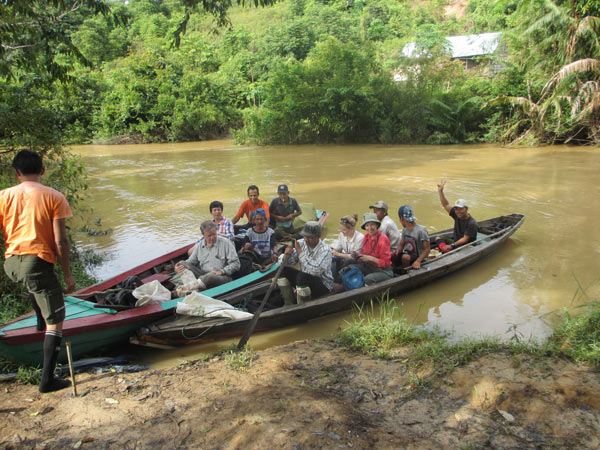 The Harapan Rainforest, situated in the provinces of Jambi and South Sumatra, represents 20 percent of the remaining dry lowland forest on the island. Historically, the region was operated under two logging concession licenses, and has since undergone extensive illegal logging, as well as fire damage. Most deforestation happened in the 1980s and 1990s, lead author Rogier de Kok of the Royal Botanic Gardens, Kew, in England told mongabay.com. All the forests of Harapan have been cut at least once, and most have been cut twice, de Kok said.

After broadly characterizing the vegetation of the Harapan Rainforest, the authors conclude that it is typical of the lowland forest that was once widespread on Sumatra but has now all but disappeared. Prior to logging the rainforest was uniform in structure and species composition. “A survey of this forest showed that it was highly diverse and structurally complex,” the study states. 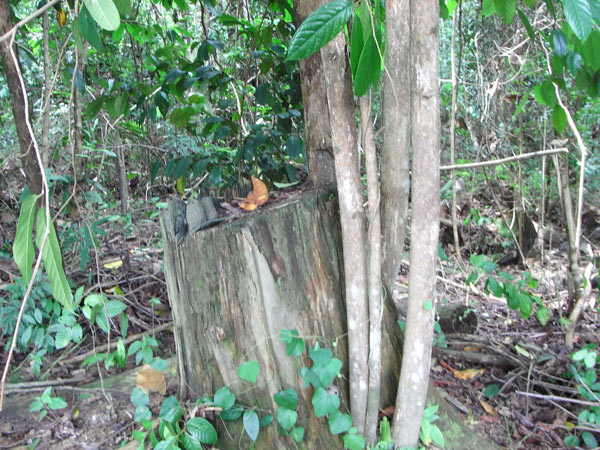 To compare the current state of the Harapan Rainforest with its pre-logging condition, de Kok and colleagues from the Royal Botanic Gardens, Kew, and the Harapan Rainforest Herbarium and Herbarium Bogoriense in Indonesia in interviewed people involved with pre-extraction timber surveys. They also traveled to Harapan in 2008, 2012, and 2013 to conduct plant surveys and perform vegetation mapping.

The researchers took a closer look at bulian forests, a rare forest type named for its dominant tree species, bulian or Borneo ironwood (Eusideroxylon zwageri). Three bulian forests are known to exist in the Harapan Rainforest. “Given that these forests are generally restricted to the Jambi area and are under severe threat from illegal logging activities and conversion to oil palm plantations, the conservation of these forests must be one of the key Harapan Rainforest conservation priorities,” the authors write.

The researchers also documented the presence of introduced weed species, including several species of bamboo that they write “could become a major ecological problem” because they are invading open areas and seem to be supressing other plant species where they grow.

Pointing out that no extensive botanical surveys have been performed in Harapan, and that only about 600 plant species have been recorded out of an estimated 1,500, the researchers call for a full floristic survey of the site and an assessment of rarity and conservation status for all species.

Currently, the Harapan Rainforest is protected and managed by local communities, the Indonesian government, and conservation NGOs, which have undertaken long-term restoration of 100,000 hectares (386 square miles) of forest. These efforts are providing hope for the Harapan Rainforest, in keeping with the meaning of its name.

“Harapan Rainforest most likely represents an example of a once widespread lowland forest which has now almost disappeared. The protection of the site is a global priority if this forest type is not to be lost entirely,” the study concludes.