Where the wild things aren’t: study says U.S. protected lands aren’t where most biodiversity is found 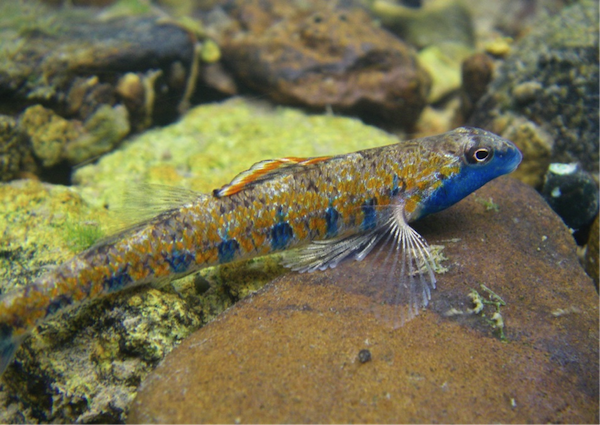 The Bluemask Darter (Etheostoma akatulo) is a rare, federally endangered, fish found only in the Caney Fork River system in the Cumberland River drainage of Tennessee. Photo by John (Bo) Baxter.

The United States has one of the oldest, best-established park systems in the world. But what if those public lands — mostly created to preserve scenic natural wonders — are in the wrong place to conserve the lion’s share of the nation’s unique biodiversity?

A new study published this week in the Proceedings of the National Academy of Sciences found exactly that. Existing “protected lands — both federal and private — poorly match the biodiversity priorities in the country,” say the researchers. Their data shows that while most conserved lands are in the American West, other regions, such as the Southeast and southern Appalachians, are very rich in unique or rare species but have inadequate levels of protection.

“The U.S. has protected many areas, but it has yet to protect many of the most biologically important parts of the country,” says study lead author Clinton Jenkins, currently a Visiting Professor at the Institute for Ecological Research. “Habitat loss is the primary cause of species extinctions, so where and how much society chooses to protect is vital for saving life on the planet.”

Nearly 8 percent of land in the lower 48 states is conserved — which is substantial, note the researchers. But the geographic configuration of those protected areas is nearly the opposite of where the country’s unique species are located, known as “centers of endemism.”

“This emphasizes the plight of endemic species — those that occur nowhere else in the world — and for which U.S. protected areas are critical to their survival,” says Kyle Van Houtan, study coauthor and National Oceanic and Atmospheric Administration ecologist, “While they may not all be rhinos, lions and pandas, it is these [endemic] species that are essential in their ecosystems that compose the American landscape.”

The scientists used detailed map overlays to determine how well protected lands matched up with biological diversity. They compared the location of federal and state protected areas with the ranges of more than 3,000 species of mammals, birds, reptiles, amphibians, freshwater fish and trees.

They weren’t only mapping charismatic megafauna and flora, like grizzly bears and redwoods, but species largely unknown to the public that don’t occur anywhere else on earth, like the endangered bluemask darter (Etheostoma akatulo), a rare fish species found only in Tennessee’s Caney Fork River system, and Weller’s salamander (Plethodon welleri), restricted to high elevations in the southern Appalachian Mountains. 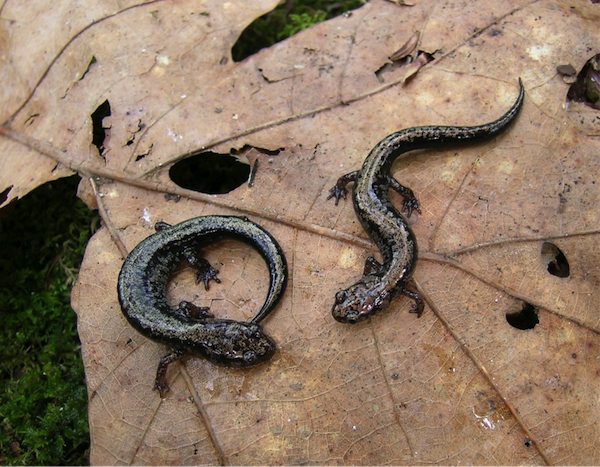 Utilizing this endemic animal and tree range data, the authors created a collection of new biodiversity maps and offered an assessment of key conservation priorities for the future.

“We are committed to finding the top priorities for species conservation and effective means to protect them — in the USA and around the world,” says co‐author Stuart Pimm, Conservation Chair at Duke University, North Carolina. Pimm and Jenkins are respectively the President and Vice President of the conservation non‐profit SavingSpecies, which is dedicated to helping communities protect unique species.

“We have the information to identify important places. What is needed is the political will and adequate resources to protect the nation’s biological heritage,” says Jenkins. “Many of these species exist only in small parts of the country. Unless we take responsibility and protect them, they could disappear from the planet.”

Maps and results from the study are available at http://biodiversitymapping.org.