Even cockroaches have personalities

by Mrinalini Erkenswick Watsa on 12 March 2015

When I was ten, I acquired my first dog. Rani was a Doberman Pinscher—tall, lean, and a huge pushover. She was wonderfully friendly, but sadly misunderstood her whole life, regularly frightening all except those who knew her intimately. There were two innocuous reasons for this—both of which reveal the power of emotions shared across species.

Like many of her breed, she had her tail clipped at birth by a breeder, preventing her from using the most obvious and universal telltale sign of affection for a dog—a wagging tail. She was also a grinner, which is a great way to ease tension—unless, of course, you are a dog.

When overcome with happiness at seeing somebody, she used to flip her lips back over her jaw and bare her teeth in her best smile. The overall effect of watching a full-sized Doberman hurtling toward them with no wagging tale and bared teeth, made even the boldest of our visitors tremble with fear. To them, she was a snarling, vicious animal. To us, a harmless and happy member of the family.

One of the earliest scientists to recognize the idea of emotion in non-human species was none other than Charles Darwin. In 1872, the famous naturalist published The Expression of the Emotions in Man and Animals– and actually referenced grinning dogs within it. But what followed were decades of scientists ignoring research on the question of whether animals have feelings for fear of being criticized for anthropomorphizing—or projecting the emotions of humans onto one’s study subjects. Today, however, things are slowly turning around.

Research into personalities and emotions in animals has now been conducted in everything from social spiders to elk to birds, often under a range of monikers (such as behavioral syndromes, or animal temperament), and is continually revealing the existence of individual-specific behavioral syndromes where they are least expected. 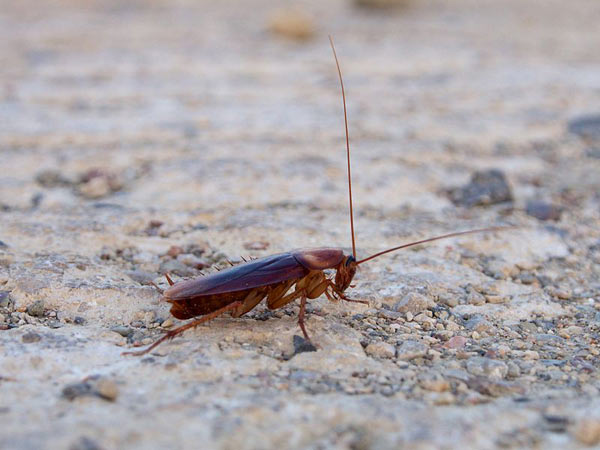 Most recently, researchers from the Universite Libre de Bruxelles have succeeded in demonstrating distinct individual personalities in—of all things—American cockroaches (Periplaneta Americana). A discovery that that has consequences for the overall personality type of the group and fitness in these largely reviled, but clearly misunderstood, insects.

Isaac Planas-Sitjà and his team published the results of their study in the journal The Proceedings of the Royal Society B. For the experiment, they used 19 groups of 16 closely-related adult male cockroaches bred for over ten years in captivity.

The team used a type of lightbox to measure the cockroaches’ tendencies to find shelter and how successfully they reached a consensus as a group on which shelter to pick. Cockroaches are photophobic during the day, implying that that when exposed to light, they automatically seek out shelter in a dark space.

First the researchers kept each group in a dark container with plenty of food and no external stimuli. Then they set up the enclosed lightbox with bright lighting, but with two identical areas of low lighting generated by hanging discs. Each group was given three trials over a week within the experimental setup. Once released, each individual’s time to locate shelter was recorded, along with the overall distribution of cockroaches across both shelters at the end of the trial. The results demonstrate that that these cockroaches display evidence of sheltering behavior personality.

“We also highlight,” write the authors in their paper, “that the individuals within groups exhibited consistent personality traits in their probability of sheltering and total time sheltered during the three trials over one week.”

Groups were also found to have distinct personalities that remained consistent across all three trials. Group personality was not merely a sum of the individual personalities of the cockroaches within it, but integrated an aspect of social amplification, or attractions between individuals.

Remarkably though, personalities did not have an effect on the ultimate outcome—or the achievement of a consensus on which shelter the group would use—all groups eventually found shelter together under one of the discs.

The authors explain that this does not mean that the groups were all equally successful—because survival could depend not just on reaching a consensus but on how quickly and accurately consensus is reached. In light of this, they conclude that individual personalities appear to have a concrete effect on the success of the group as a whole.

This study is also remarkable for not merely relating personality to caste or role, as in the case of studies of other gregarious insects such as ants or bees. For example, a study on ants of the genus Myrmica revealed that patrolling ants were bolder and more aggressive than individuals within the foraging-recruit and brood-carer castes. Castes in social insects display morphological and genetic differences, so it is not entirely surprising that they would demonstrate role-specific personalities across each caste. Instead, Planas-Sitjà found that personality differences among the cockroaches were not attributable to castes or specific functional roles played by them in a group setting. 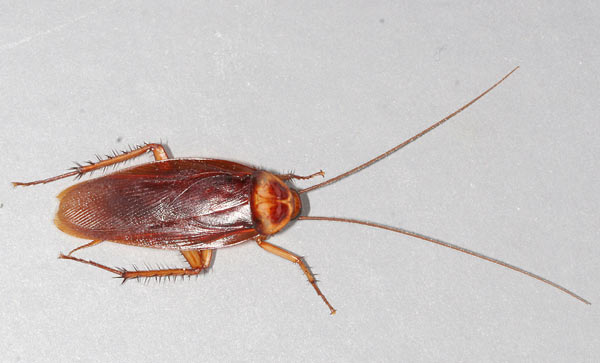 Personality types in non-human species have been recorded now to be consistent within multiple populations of a species, specifically in stickleback fish (Gastrerosteus aculeatus). Felicity Huntingford, who began researching fish personalities in the 1970s, has even shown that salmonid fish farmed under conditions of intensive aquaculture and selection for rapid growth have developed more bold personality types that take greater risks while foraging.

Darwin’s first experiment on the universality of personality types was conducted at home, where he invited twenty of his guests to view images of the purported range of human emotion. These were generated by French physician Guillaume-Benjamin-Amand Duchenne by exposing facial muscles to electrical currents, and Darwin’s guests confirmed his suspicions that only a subsection of the 60 emotions were truly recognizable by others as being universal. Even as early as the 1800s, he made a strong case for the idea that emotion, and thus personality, is both adaptive and inherited not just in man, but across other species.

Nevertheless, for many it is still eye-opening to think of cockroaches as more than your average household pest. Scientists today continue to test the boundaries of scientific field research—from individually tagging lizards to monitor their every step to putting little radio tags in fish—and these technologies have important ramifications for the future of personality research in non-classic model organisms, even ones as seemingly mundane as the American cockroach.

Cockroaches remain misunderstood among most urban human populations, just as visiting guests misunderstood my dog Rani’s best intentions. As research probes the depths of emotion and personality in unlikely species, we become increasingly accustomed to the idea that we are not as unique in the grand scheme of things as we first thought ourselves to be.