Deforestation for oil palm in Sabah, Malaysia. Photo by Rhett A. Butler.

Kuala Lumpur Kepong, also known as KLK, has been targeted by environmentalists for years over its plantation development practices. Last December the company announced a sustainability policy that committed it to no longer clear forests and peatlands for new plantations and establish protocols for dealing with local communities and workers. But unlike some of the other deforestation policies established by palm oil majors, the commitment didn’t extend to third party suppliers, meaning that KLK’s palm oil could still potentially be linked to deforestation, labor abuse, and social conflict.

The new report, published today, aims to ratchet up pressure on KLK to address that gap. Targeting KLK’s investors and financiers, it presents two scenarios under which (1) KLK loses customers to other palm oil companies due it its failure to develop a stronger sourcing policy, and (2) KLK loses its membership in the Roundtable on Sustainable Palm Oil (RSPO), a body that sets eco-certification standards for palm oil, triggering a 30 percent drop in sales. Under those scenarios, Chain Reaction Research projects significant impacts on KLK’s bottom line. 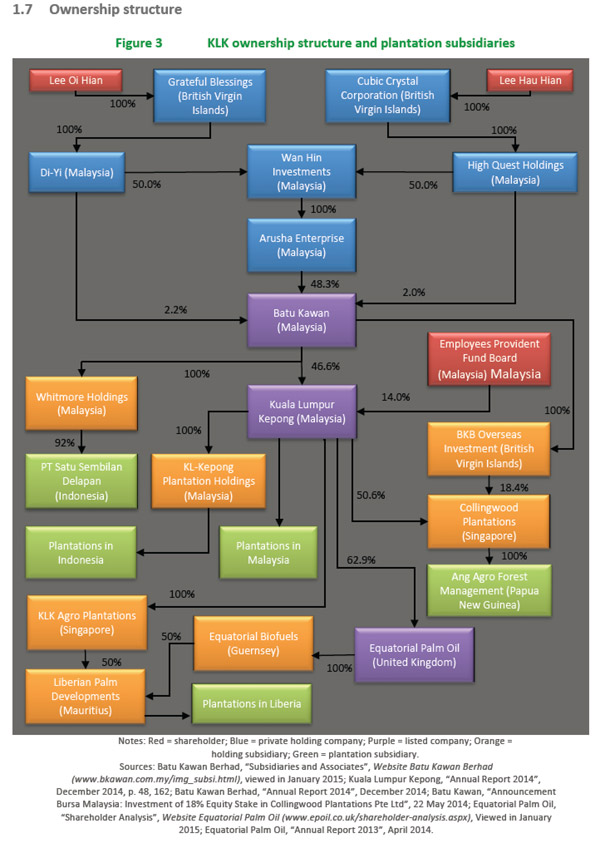 The research finds that only a minority of KLK’s profit comes via materials sourced from third party suppliers. Therefore cleaning up the riskiest part of its business shouldn’t be overly burdensome and could be financially rewarding, says the report.

“The vast majority—about 70 percent—of the palm oil products that KLK sells to its customers are derived from raw materials that come from third-party suppliers, which are not publicly disclosed and may include significant environmental and human rights risks,” said Chain Reaction Research in a statement. “Yet that is not how KLK generates most of its profit: the revenue generation from KLK’s own palm oil plantations and crude palm oil mills accounted for 76 percent of KLK’s total pre-tax profits in 2014. This business model means that KLK has the opportunity to rapidly address the serious risks in its supply chain by reforming its operations while eliminating its irresponsible third-party suppliers.”

The report points out a number of ongoing supply chain “risks” for KLK, including deforestation in Indonesian Borneo and social conflict in Indonesia and Papua New Guinea.

“KLK should mitigate these risks by providing transparency and by taking immediate action to eliminate deforestation and human rights violations from its supply chain,” said Albert ten Kate of Aidenvironment, one of the Chain Reaction Research partners, in a statement. “This could also make KLK more profitable by securing and expanding the company’s access to a rapidly changing market.”

“KLK needs to focus on fixing the serious risks in its own operations where it earns the vast majority of its profits,” added Jan Willem van Gelder of Profundo, another of the Chain Reaction Research partners. “There is no reason for it to be exposing itself to even more risk through non-transparent palm oil it introduces into its supply chain, which is not even generating the lion’s share its revenue.” 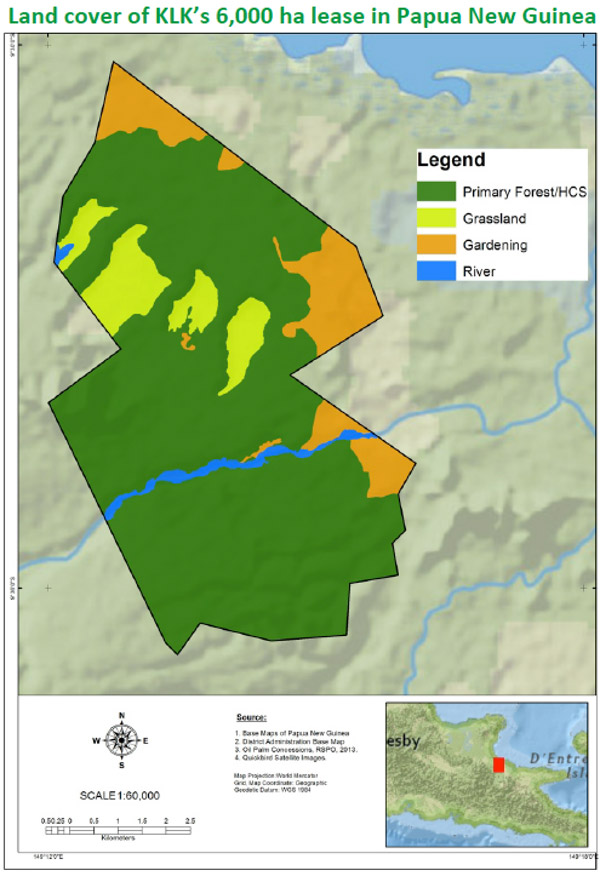 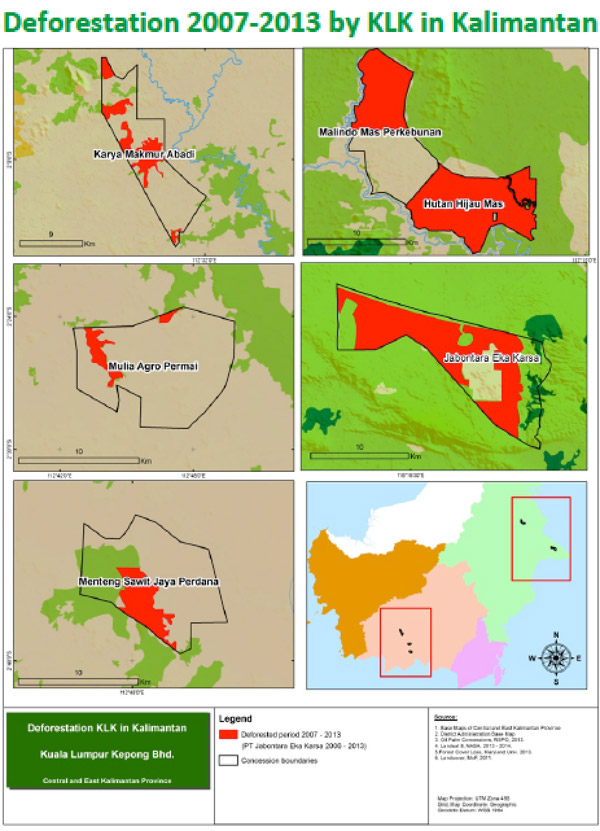