Dams or indigenous land: the battle over the Munduruku frontier

The Brazilian government opposes granting traditional land to the Munduruku people since it would jeopardize seven proposed hydroelectric dams on the Tapajós River. For this reason, a year-old report by Funai that supports the Munduruku claim has not been officially published, but a copy of this report was obtained by Brazilian news outlet Pública. 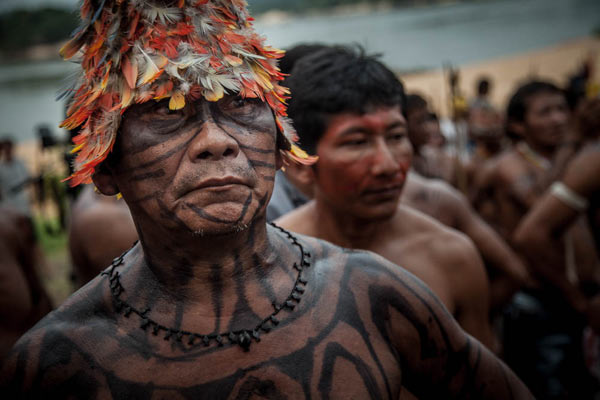 Considered a historic territory by the Munduruku, the land of Sawré Muybu in the Amazon state of Pará has never been officially recognized as an Indigenous Territory by the Brazilian government. Since September 2013, the government’s Indian agency, Funai, has refused to publish a detailed report identifying the land the indigenous group requires in order to carry on with its way of life.

Under Brazilian legislation, the Sawré Muybu report must be published in the government’s official gazette, the Diário Oficial da Uniâo, before they can mark out the borders of Indigenous Territory. But everything suggests that the document has not been published because granting this land to the Munduruku would create problems for seven proposed hydroelectric dams planned by the federal government in the region.

If built as planned, the São Luiz do Tapajós dam will flood part of the Munduruku territory, forcing the government to permanently relocate the indigenous people – something that is forbidden under the Brazilian Constitution. While the process for giving the indigenous group rights to their land has stalled in Brasilia, the Munduruku in the Tapajós have decided to take matters into their own hands: they have started marking out their lands themselves.

Pública obtained exclusive access to the Detailed Report on the Identification and Delimitation of the Sawré Muybu Indigenous Land. You can access it here (in Portuguese).

The report is the result of studies carried out by Funai between 2012 and 2013. Even before this the government could be accused of procrastination – the surveys identifying Sawré Muybu land were ready in 2008, but were not handed in by the anthropologist coordinating the work.

At 193 pages, the report obtained by Pública provides an in-depth description of the relationship of the Munduruku with the territory that runs beside the Tapajós and Jamanxim Rivers in the midst of the Amazon rainforest. The Sawré Muybu area is permanently inhabited by 113 Munduruku people who depend on it for their food and their livelihood.

“The Sawré Muybu indigenous land is an indissoluble environmental unit necessary for the physical and cultural reproduction of the Munduruku who inhabit it,” the Funai document concludes.

The indigenous community created a permanent village in Sawré Muybu territory in 2004. In 2006, it built a second village, this time at the top of a hill, after malaria killed a child. As the Funai report states both communities are considered a single entity – the Sawré Muybu village.

Prior to these settlements, the indigenous population used this land to hunt, fish, and plant crops.

“This is an area that the Munduruku have always seen as part of their historic territory and one that they have actually been using at least since the 1980s,” states the document.

The village was originally set up in response to a decision by Funasa, Brazil’s National Health Service (which at that time was responsible for indigenous health), to only provide health treatments to indigenous groups if they lived in villages. It also suited the group to move from the village of Pimental, because, according to them, they had fallen out with inhabitants there.

The report further states that the first records of indigenous occupation in the middle Tapajós, where Sawré Muybu is situated, date back to the 18th century, although indigenous groups have probably been living there much longer. 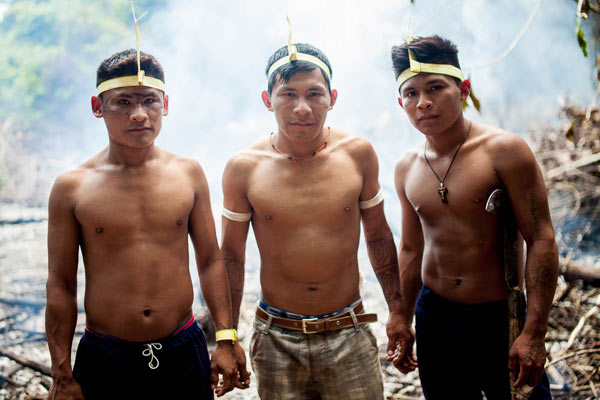 Munduruku warriors from different parts of the river get together to prepare the battlefield. Photo: Marcio Isensee and Sá

“It is only in the early 1770s, when [the indigenous people] systematically began to attack the Portuguese located along the Amazon River banks, that the Munduruku are mentioned in official histories,” reads the document which also speaks of a “daring attack” made by the Munduruku on the state of Maranhão.

According to records, the Province of Greater Pará, the authority in charge at that time, responded to this attack with considerable military force. The campaign led many indigenous people to migrate to the upper reaches of the Tapajós River, in the region of Jacareacanga, where many still live to this day.

A Funai working group also found artifacts, including some with designs similar to Munduruku body paintings, in the archaeological sites of Montanha-Mangabal. Located not far from Sawré Muybu, this site is now inhabited by a community of riverside dwellers. Based on this evidence, the report states that “the ancestors of these indigenous peoples may have occupied the middle Tapajós prior to the 18th century and, perhaps, even prior to the Portuguese conquest.”

This is certainly not news to the Munduruku. Sawré Muybu is surrounded by ancient cemeteries that lie along the Jamanxim River itself and also along the rivulets of Prainha and São João. Sawré Muybu is also a site of great symbolic importance to the Munduruku, such as the Fecho region and Ilha da Montanha. Here, according to oral tradition, the world’s first Munduruku – Karosakaybu – lived. Munduruku mythology states that men, women, animals, and the very Tapajós River itself were first created in the Fecho region, born from the seed of a tucumã palm tree. 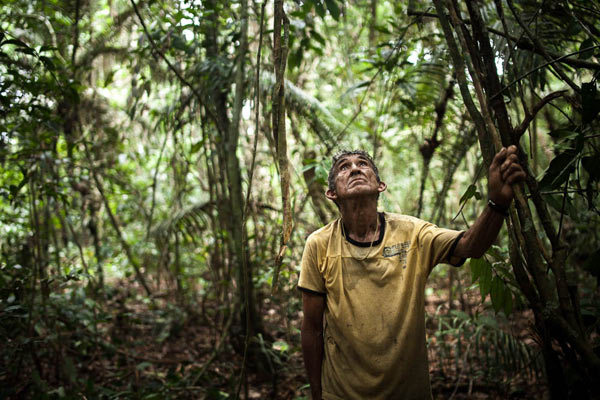 The report also draws attention to the threat of the Tapajós hydroelectric plants to the indigenous population.

“It is easy to understand why the Munduruku of the middle Tapajós are frightened. They are closely watching and joining in the fight with their people and other indigenous groups against dams in nearby areas,” the report explains. “This is the case of the São Manoel dam on the Teles Pires River, in Mato Grosso, which affects the indigenous lands of Munduruku, Kayabi, and Apiaká of Pontal, as well as lands inhabited by isolated indigenous groups, and the Belo Monte dam, which is under construction along the Xingu River in the state of Pará.”

In conclusion, the document is emphatic: “If the indigenous peoples are to be given the legal security to which they are entitled and to have their other rights fully respected, it is essential that the state recognizes the Indigenous Territory of Sawré Muybu.”