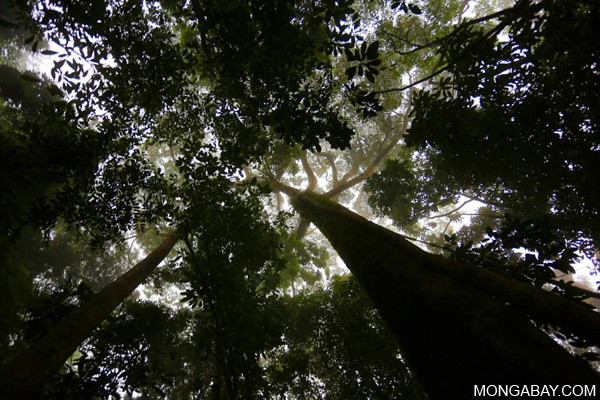 Brazilian rainforest. Photo by Rhett A. Butler. Click to enlarge.

A new campaign is calling on consumers to directly support forest conservation with their wallets.

“Stand For Trees” is an initiative launched by Code REDD, a marketing platform for a group of organizations running REDD+ forest conservation projects. Code REDD partners distinguish themselves by adhering to higher standards than conventional REDD+ projects, which aim to reduce emissions from deforestation and forest degradation.

The campaign represents a departure from previous REDD+ efforts which focused primarily on selling REDD+ credits to large entities like companies aiming to offset their emissions for corporate social responsibility (CSR) or sustainability programs. “Stand For Trees” instead targets end consumers by emphasizing the non-carbon benefits of protecting forests, like supporting forest-dependent communities and safeguarding habitat for wildlife.

Notably, the initiative is seeking a premium for its REDD+ credits: $10 per ton of carbon dioxide. The voluntary market for generic REDD+ credits is averaging less than half that price.

At its launch, “Stand For Forests” got some high-profile endorsements, including actor Edward Norton and Rajendra K. Pachauri, Chairman of the Intergovernmental Panel on Climate Change.

“Stand For Trees can be a game-changer by harnessing the power of crowd-funding to protect forests, the air we breathe, and the climate that sustains us,” said Norton in a press release. “It offers a clear and affordable way to make a real difference.”

REDD+ has not been without controversy. Concerns over forest-dependent peoples’ rights, compensation, carbon offsetting, potential perverse impacts on biodiversity, and benefit capture by industrial interests have slowed the program’s progress. But Code REDD participants — like the Chocó-Darién Forest Conservation Project in Colombia, the Kasigau Wildlife Corridor Project in Kenya, Rimba Raya in Indonesian Borneo, and Makira in Madagascar, among others — have worked to avoid those issues by embracing safeguards in the design and implementation of their projects.

Nonetheless the future of REDD+ remains uncertain. Originally conceived as a performance-based mechanism to compensate developing countries for reducing deforestation, the concept’s mandate has expanded and become more complex.

REDD+ credits are presently limited to non-compliance markets, meaning they can’t be used to meet legally-binding emissions reductions obligations. REDD+ advocates are hoping that changes once an international framework on cutting greenhouse gas emissions is established and implemented.

In the meantime, “Stand For Trees” is trying to make REDD+ a success without a compliance market for forest carbon.

Disclosure: Mongabay purchases credits from the Chocó-Darién Forest Conservation Project as part of our efforts to counter emissions associated with our servers, travel, and operations. Brodie Ferguson, the founder of the Chocó-Darién project, sits on Mongabay.org’s board, but has no editorial influence on Mongabay’s reporting.