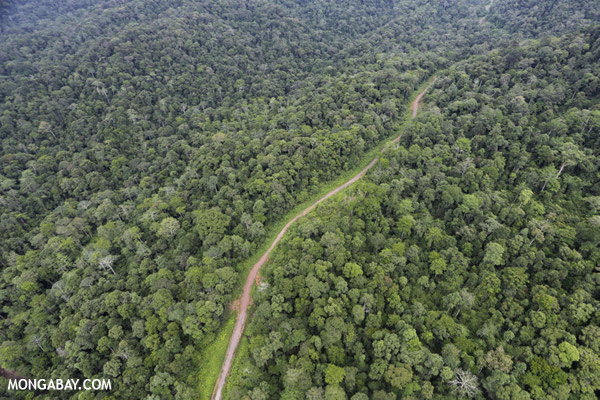 “Enough with this broad daylight robbery of our timber,” Adenan was reported as saying by Bernama during an event last week. “I will not tolerate it.”

Adenan didn’t elaborate on a timeline for ceasing concessions, but the statement came shortly after he and his cabinet ministers signed a “Corporate Integrity Pledge”, committing to them to declare their personal assets and not engage in the kind of practices that allegedly enriched Sarawak’s former chief minister, Tun Abdul Taib Mahmud, and his inner circle, including granting government contracts to close family members.

Taib is accused of amassing billions of dollars in personal wealth in the form of offshore real estate and bank accounts, according to Money Logging, a book published recently by the head of the Bruno Manser Fund, an environmental group. Taib has been under investigation by the Malaysian Anti-Corruption Commission (MACC) since 2011.

Since assuming office, Adenan has criticized Sarawak’s logging industry on several occasions, calling it “very corrupt” and ordering the state’s biggest concession holders to sign the integrity pledge. Under his watch the forestry department has seized millions of dollars worth of illegal timber in recent months and indicated it would step up vigilance against destructive logging practices. 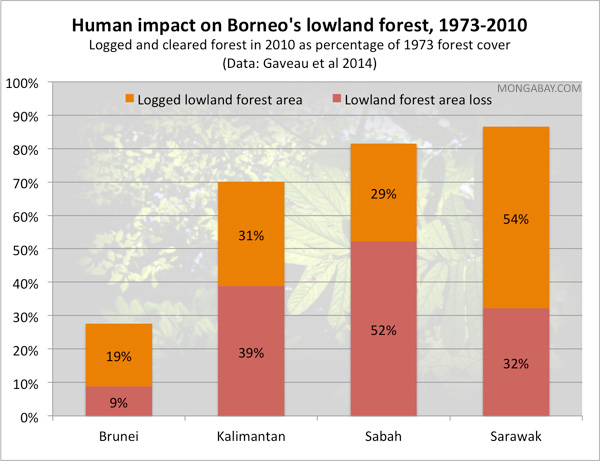 But the actions may not do much to stop degradation of Sarawak’s forests. Nearly two-thirds of Sarawak’s surviving forest cover remains in active logging concessions, while large areas of logged-over forests are slated for conversion to oil palm and timber plantations.

The toll on Sarawak’s forest cover from forestry is severe: more than 80 percent of the state’s forests were cleared or logged since 1973, according to a study published last July. The majority of that logging was legal, in that it was sanctioned by the state.