Since the 1950s, plantations and second-growth forests in China have been locally managed by village communities as collective forests, which today account for 58 percent of China’s forestland. Many of these collective forests lie within mountainous rural areas, some of which are also home to the 1,600 or so wild giant pandas (Ailuropoda melanoleuca) that survive today.

While much of the panda’s habitat – 63 reserves – is protected by the Chinese government, what is left of the endangered conservation icon’s home faces threats from a piece of legislation originally introduced in 2008 that would allow up to 1.8 million square kilometers of forest to be sold, and open as much as 15 percent of the giant panda’s remaining habitat to outside commercial enterprises and unmanaged tourism. These recent forest tenure reform policies could allow commercial logging, increased collection of firewood and non-timber forest products, as well as other industrial development activities by third parties that were previously restrained. 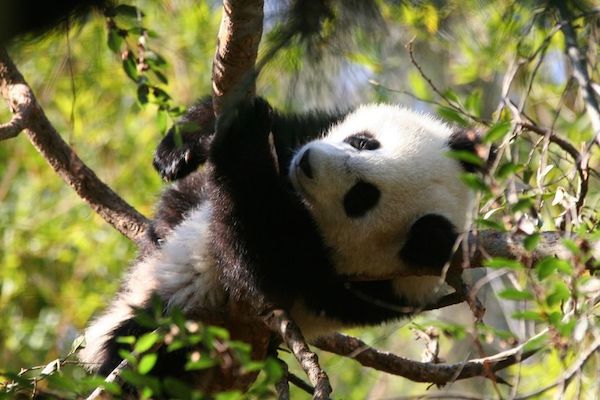 A 2013 letter published in the journal Science was co-authored by President of Conservation International, Dr. Russell Mittermeier and Li Zhang, a scientist with Conservation International China. The new forest tenure reform, the letter said, could open up key areas including panda habitat to commercial logging and increased firewood extraction. It would also make these areas vulnerable to conversion by allowing collectively owned land to be transferred or leased out to third-party commercial enterprises.

Forest use changes in China

All forests in China are state-owned. A 2009 report from the World Forest Institute explains although there are no privately-owned forests in China, villages can allocate the right to use small plots of land within collective forests to individuals and households, who can harvest them for timber, firewood, food, medicine and other products that are essential for the villagers’ livelihoods.

Since the 1980s, China has acted to protect the panda, making it a symbol of conservation success when the species rose from fewer than 1,000 individuals at the time to around 1,600 today, according to the latest estimates. But while communities in the country’s rural areas attempt to manage these second-growth and plantation forests, rapidly expanding timber and paper industries are beginning to encroach on collective forests.

Data from Global Forest Watch show only 6 percent of China’s forests are primary, with 57 percent regenerated and 37 percent planted. China holds the world’s top spot not only in population size but also in greenhouse gas emissions. In 2013, China produced 29 percent of the world’s carbon emissions, with 7.2 tons per person compared to the EU’s 6.8 tons per person. However, this may be on the decline, with data from the Food and Agriculture Organization indicating land use change and forestry sequestered 2.8 percent of China’s emissions in 2011.

Now extinct in Vietnam and Myanmar, the giant panda’s only home is in China’s montane forests. Currently, the species is found in three provinces – Sichuan, Gansu and Shanxi – with 45 percent of wild pandas inhabiting the Minshan Mountains of Shanxi, and another 20 percent in the province’s Qinling Mountans. According to the IUCN, restricted and degraded habitat is the greatest threat to the species. Based on data from Global Forest Watch, these provinces collectively lost approximately 157,000 hectares of tree cover from 2001 through 2012 – although some of that loss may be due to plantation harvesting. Panda habitat is also home to a host of other threatened species like the golden snub-nosed monkey (Rhinopithecus roxellana), the endangered crested ibis (Nipponia nippon) and the takin (Budorcas taxicolor). 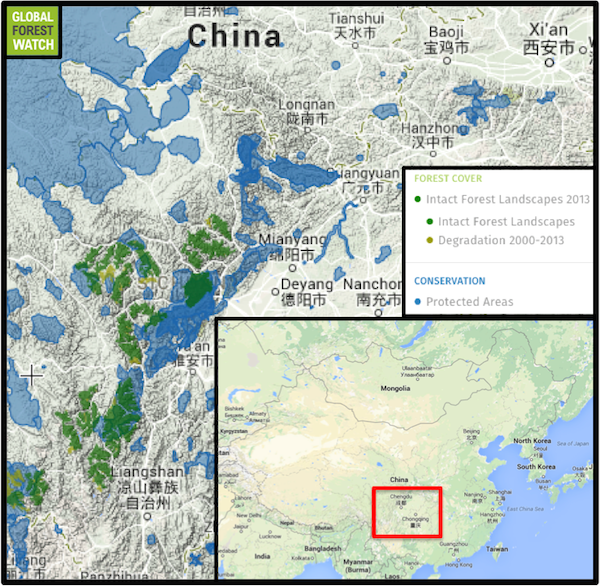 Giant pandas inhabit the montane forests of central China, which still contains large tracts of intact forest landscapes (IFLs) and features protected areas. However, the IFLs are being whittled away by human activity, with several sections degraded since 2000. Map courtesy of Global Forest Watch.
Click to enlarge.

A team of researchers published a study in Conservation Letters earlier this year for which they modeled the environmental effects of the new forest tenure reform policies. Their results were not promising.

“The worst outcome is about 15 percent of panda forest habitat completely gone,” said Li Zhang, who headed the team and is a professor at Beijing Normal University. “Moreover, the remaining habitat will become more fragmented and some smaller panda populations will be totally isolated from others, blocking gene flow between them.”

While the pandas living in the 63 government-designated reserves are afforded protections, between 40 and 60 percent still inhabit unprotected areas. Zhang and other experts are concerned that the changes in forest tenure could be detrimental to the pandas living outside protected areas if their habitat is sold for resource extraction. In its efforts to conserve the giant panda, Zhang said the Chinese government has improved habitat quality and amount by reforesting and restoring native forests, restricting human access and increasing the number and capacity of forestry staff in these areas, and has strictly banned the hunting of pandas while pioneering captive breeding techniques. This, he said, has helped bring panda numbers to where they stand today.

Given the forest tenure changes, researchers have proposed an additional habitat safeguard – an “eco-compensation” program that would pay local communities an annual fee to not lease or sell their land for development. Under these programs, communities would come together to participate in the decision-making and management of natural resources. China already has many of these projects in place, with $100 billion spent on eco-compensation over the past 10 years.

According to Zhang’s study, researchers estimate that $1.2 billion in effective eco-compensation payments could prevent the estimated 15 percent decline in the giant panda population.

Zhang and his team suggest that an alternative would be for the Chinese government to make a one-off payment of about $1.3 billion to current landowners – or whoever buys the land – for an agreement to preserve panda habitat. Better still, they write, would be for the government to guarantee similar protection for other areas that could be suitable for re-colonization by wild pandas. Zhang and his team calculate that if this was done, panda populations could rise 40 percent at a cost of about $3.7 billion.

According to Zhang, there would be multiple benefits to this program.

“An ‘eco compensation’ program would reduce this threat to the giant panda and their habitat, while fulfilling the intention of the forest reform to increase local economic benefits by buying back certain development rights from communities within panda habitat areas,” he said.

Zhang added that programs like this could help raise farmers in rural areas out of poverty and incentivize protection of forests and ecosystems through payments from the government instead of from commercial enterprises.

“It is our hope that the Government of China will issue eco compensation for these areas,” he said. “However with the current collective forest tenure reform policy, another option would be that civil society purchases those collective forests to establish community protected areas through such conservation agreements with local communities.”

Eco-compensation programs certainly seem like they may yield more hope for the pandas and their home. However, the dangers posed by the forest tenure reforms remain a grave concern to many conservationists, with an expanding economy and a growing demand for timber and paper shadowing the collective forests that comprise a significant portion of the giant panda’s habitat.

“The reform contradicts the great steps the Chinese government has taken to conserve the giant panda in recent decades,” Zhang said. “It would be inexcusable to reverse this great achievement for these majestic creatures and our country’s recent conservation efforts. 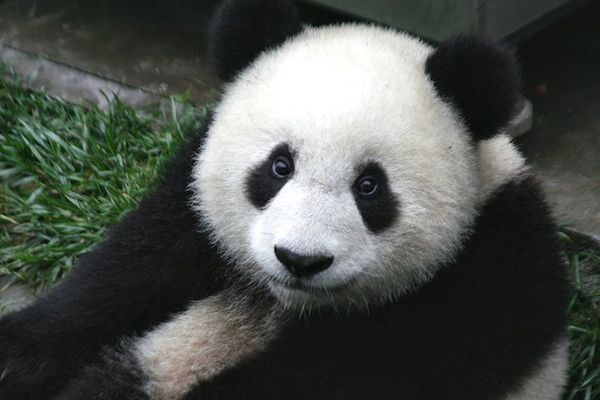 A panda cub in Wolong Nature Reserve in Sichuan, China.