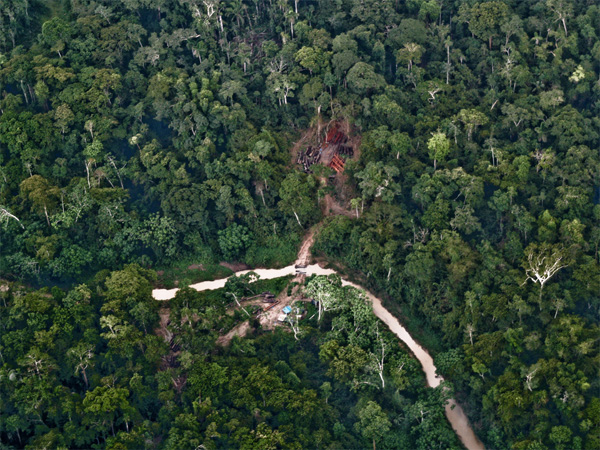 Forest-dependent peoples face grave threats from deforestation and other depredations, warns a new report that urges greater recognition of traditional land use and support of community-led initiatives to fight forest loss.

The report, published Monday during climate talks in Lima, is based on research by dozens of indigenous and forest communities from Africa, Asia and Latin America, which convened this past March in Indonesia’s Central Kalimantan province. It documents a litany of transgressions against forest-dependent people, ranging from land invasions by corporations to denial of basic human rights by governments.

The report includes case studies from nine tropical countries — Indonesia, Malaysia, Cameroon, Democratic Republic of Congo, Liberia, Colombia, Guyana, Paraguay, and Peru — all of which have an increasing share of deforestation and forest degradation driven by industrial actors like ranchers, loggers, miners, and plantation developers.

The report also finds fault with efforts to curb abusive practices and deforestation, arguing that zero deforestation commitments and approaches like the UN REDD+ program for reducing emissions from deforestation and degradation don’t do enough to address the lack of sustainability inherent in current development models based on industrial commodity production.

The infamous clash between Peruvian police and indigenous protester in Bagua in 2009 left more than 30 people dead. Image © Amazon Watch.

Accordingly, the report argues for a rights-based approach to addressing deforestation.

“When our peoples’ rights are secured, then deforestation can be halted and even reversed,” stated the Palangka Raya Declaration, issued by participants at the close of the March workshop. “We call for a change in policy to put rights and justice at the centre of deforestation efforts.”

Franky Samperante, the Executive Director of PUSAKA, one of the civil society groups that authored the report, added that if leaders fail to recognize and secure forest communities’ rights, efforts to stop deforestation will also fall short.

“Governments and companies must recognize, respect and restitute the rights of communities. Governments must also terminate and suspend permits allocated to unjust development projects that violate communities’ rights and damage and destroy the forest. Only by guaranteeing and protecting rights and recognizing the communities that manage forests can deforestation truly be curbed and the well-being of forest peoples be secured.” 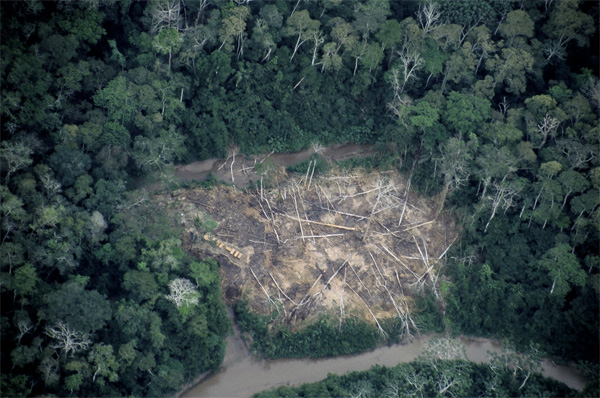 Deforestation accounts for roughly a tenth of greenhouse gas emissions from human activities, making it a high priority in efforts to slow climate change. Rights advocates point out that since community-managed forests have lower rates of forest loss than unprotected lands, local and indigenous communities have a critical role in helping mitigate global warming.