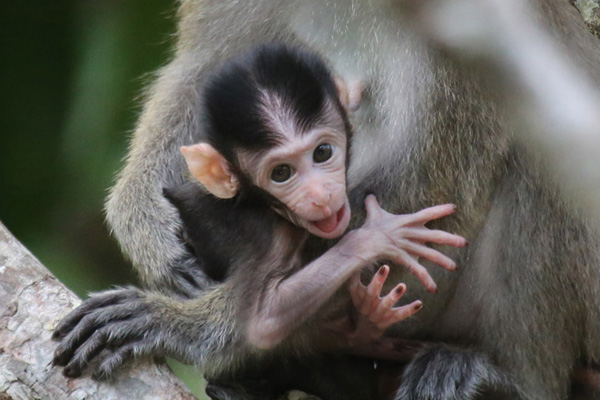 Infant macaque in Malaysian Borneo. Photo by Rhett A. Butler

Sixty-eight percent of malaria hospitalizations in Malaysia last year were caused by a once-rare strain of the disease traditionally limited to macaque monkeys. However, as deforestation has put humans and wild animals in closer proximity, Plasmodium knowlesi infections and deaths have increased rapidly. The strain is now responsible for three times the severe malaria infections in Malaysian Borneo than P. falciparum—the world’s deadliest form of the parasite.

“This is a form of malaria that was once rarely seen in people, but today, in some remote areas of the country, all of the indigenous malaria cases we are seeing are caused by the P. knowlesi parasite,” said Balbir Singh, director of the Malaria Research Center at the University of Malaysia in Sarawak. He presented the research last week at the American Society of Tropical Medicine and Hygiene Annual Meeting in New Orleans.

As shrinking forests put host primates into more frequent contact with humans, the opportunities for transmission between species increases. Malaysia’s deforestation rate is consistently among the highest in the world, which puts its population at increased risk. 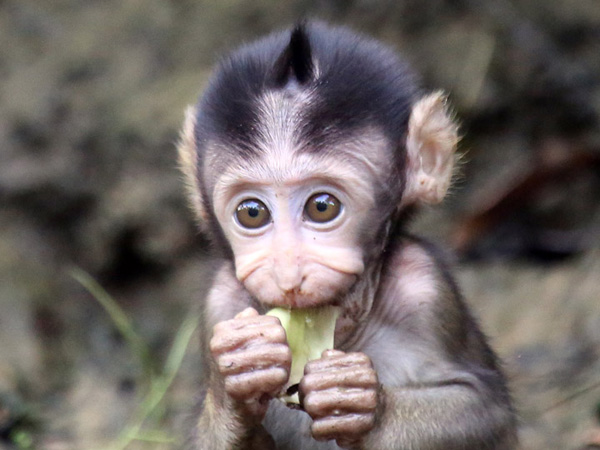 Young macaque in Malaysian Borneo. Photo by Rhett A. Butler

The spread is further facilitated by the fact that the host mosquito bites during the day, outdoors, rendering traditional prophylactic measures—such as using mosquito nets while sleeping—ineffective.

“If the number of cases continue to increase,” Singh said, “human-to-human transmission by mosquitoes becomes possible. In fact, this may already have happened, which would allow P. knowlesi malaria to spread more easily throughout Southeast Asia.”

Past research indicated that the parasite could not be transferred between humans without a monkey host as an intermediary. However, the spike in human infections gives the parasite more opportunity to mutate into a more readily transferable form. The strain was recently found in Vietnam, suggesting that human-to-human transmission may already be occurring.

Fortunately, unlike P. falciparum and other common strains, monkey malaria still responds well to conventional antimalarial drugs. Further, none of the currently known mosquito species that can host the parasite are able to survive outside of Southeast Asia. 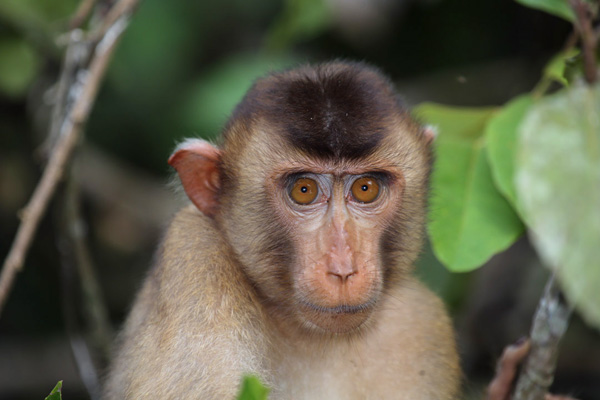 Adult macaque in Sabah, Malaysia. Photo by Rhett A. Butler