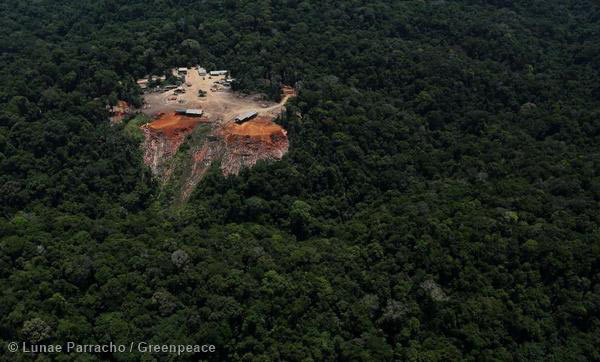 Odani sawmill in the middle of the Amazon. A Greenpeace report alleges that this sawmill, and several others, are sourcing illegal timber. Photo by: © Greenpeace.

Authorities in Belgium seized two containers of Brazilian timber in Antwerp following a demonstration by Greenpeace, which alleged that the Ipe timber had been cut illegally and therefore violated the EU’s trade laws.

According to Greenpeace, the shipment was in transit to two European trading companies, Lemahieu and Omniplex, which had sourced the wood from a Brazilian sawmill called Rainbow Trading.

Rainbow Trading was at the center of a sting operation conducted earlier this year by the activist group. That investigation found that Rainbow Trading was buying timber that had been illegally logged in the Brazilian state of Pará. 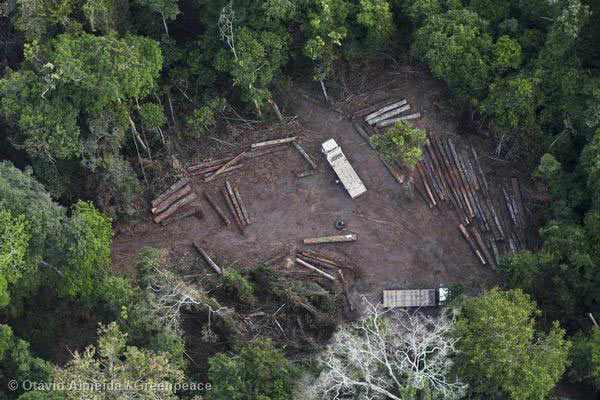 “In October we caught Rainbow Trading red-handed, trafficking illegal timber in the Amazon,” wrote Daniela Montalto in a post on Greenpeace’s blog. “A team of investigators used GPS trackers to show that Rainbow Trading was supplied by timber from illegal logging camps deep in the Amazon, in Pará state, where it is estimated that three-quarters of the logging is estimated to be illegal.”

But despite the report, European companies continued buying Ipe from Rainbow Trading, prompting Greenpeace to launch a “direct action” against its most recent shipment. That included a petition campaign and a demonstration outside Rotterdam port.

Belgian authorities subsequently impounded two containers of timber, which are now being held in Antwerp. Greenpeace says four other containers from Rainbow Trading are also being held up. 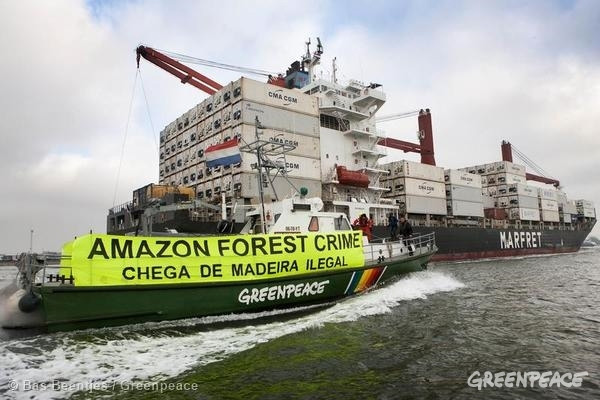 The case potentially has legal ramifications for the European timber traders involved. Under Europe’s Forest Law Enforcement, Governance and Trade (FLEGT), any company found to be sourcing timber that was harvested in violation of local laws can face stiff fines and other penalties.

“Rainbow Trading’s illegal timber must be permanently confiscated and the companies that imported it must be sanctioned for disregarding the law,” wrote Montalto.