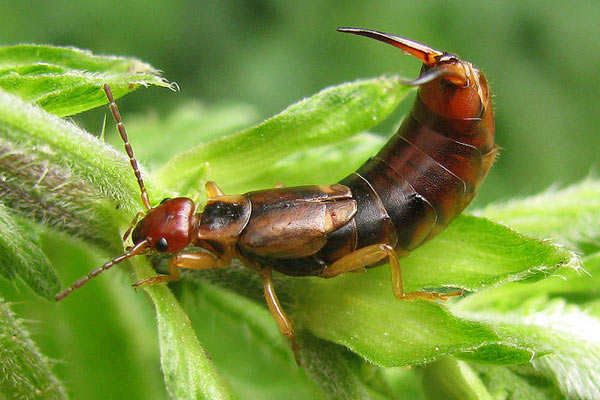 The world has lost a giant: this week the IUCN Red List officially declared St. Helena giant earwig (Labidura herculeana) extinct. While its length of 80 millimeters (3.1 inches) may not seem like much, it’s massive for an earwig and impressive for an insect.

“The species is large, charismatic and of iconic status on the island; while there is still a slim possibility that it may still persist in some remote location, the balance of evidence points towards the species being extinct,” reads the updated listing of the herculean earwig.

Only found on the island of St. Helena in the remote southern Atlantic, experts believe the St. Helena giant earwig was pushed to extinction by the removal of sheltering stone in its small habitat for construction purposes. In addition, the earwig had to contend with an invasion of predatory mice, rats, spiders, and centipedes on the island.

The St. Helena giant earwig was first described over two hundred years ago—in 1798—by the Danish scientist, Johan Christian Fabricius, a student of Carl Linnaeus. However, confusion over the earwig’s taxonomy left it largely overlooked even by entomologists. The earwig was last seen alive in 1967. But body parts have been collected as recently as this year, although unfortunately these are likely from individuals that died decades ago.

As one of the most remote islands on the planet, St. Helena was first discovered in the early 16th Century and was totally uninhabited by people. Today, it is a British Overseas Territory. The island is still home to hundreds of endemic species, i.e. those found no-where else. The island is probably most famous as the place of exile for Napoleon.

Research has shown that unlike most non-social insects, earwigs are doting mothers, including ritually cleaning her laid eggs and helping her nymphs hatch. Once out, the earwig mother feeds her nymphs with regurgitated food and allows them to sleep underneath her.

The earwig’s unusual name is thought to come from the disturbingly vivid folk belief that earwigs would burrow into people’s ears and lay their eggs in the brain. But, of course, this isn’t true.

With the extinction of the St. Helena giant earwig, the largest surviving earwig is the Australian giant earwig (Titanolabis colossea), which comes in at around 50 millimeters (just under two inches), a veritable dwarf compared to St. Helena’s.

The St. Helena giant earwig wasn’t the only animals declared extinct in the recent IUCN Red List update. The update also declared a snail on peninsular Malaysia extinct, the Plectostoma sciaphilum. The species was obliterated when a cement company destroyed the only limestone karst on which the species was found.

“These recent extinctions could have been avoided through better habitat protection,” said Simon Stuart, the Chair of the IUCN Species Survival Commission.

Not surprisingly, the announcement of the earwig’s extinction hasn’t garnered much media attention. It appeared at the end of a press release from the IUCN Red List on its latest update, and was covered in a blog on the BBC, but other than that it’s largely gone unnoticed.

Insects—even giant ones—rarely get the kind of attention more “lovable” animals receive. And it isn’t just the media: conservation groups rarely, if ever, talk about or focus their efforts on insects. Despite the fact that insects play huge roles in ecosystems. Even the IUCN Red List has done little work on what is the world’s biggest animal group at least compared to more so-called charismatic groups. While the organization has evaluated 100 percent of birds and mammals, it has evaluated only about 0.5 percent of the world’s known insects. 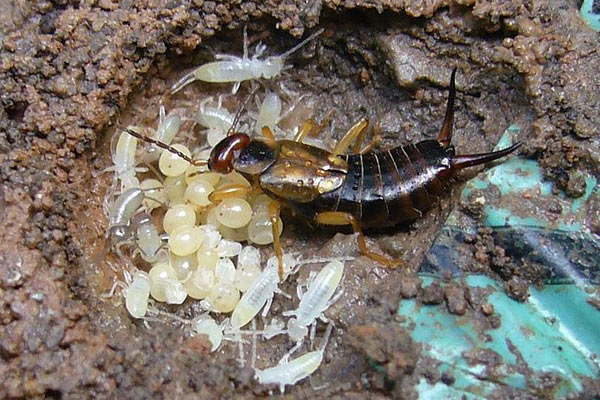 A non-giant species of earwig with its young in the UK. Photo by: Tom Oates, 2010.