In 2008 and 2009, severe droughts killed numerous elephants, hippos and rhinos in Kenya’s Tsavo East National Park. But the tiny population of the Critically Endangered Hunter’s hartebeest or hirola (Beatragus hunteri) survived without any catastrophic consequences, a recent study has found.

“Hirola are native to very dry areas and have numerous physiological adaptations to survive in these environments,” said James Probert, currently an Assistant Conservation Officer at Chester Zoo in the UK, and lead author of the study published in Oryx. “So it’s not surprising that they were able to withstand the drought better than some of the other species in Tsavo.”

The hirola is unique in many ways. It is the only surviving member of the mammalian genus Beatragus, occurring in a small area at the Kenya-Somalia border. It is also one of the most threatened and least known antelopes in the world. Since the 1970s, its population has crashed by more than 90 percent, with only between 350 and 500 individuals currently in the wild. To prevent complete extinction, a small population of about 20-30 hirola was moved to Tsavo in 1963, outside its natural range, in what was called “Operation Hunter’s.” This was followed by translocation of an additional 29 individuals in 1996. Surveys of hirola in 1995 and 2000 yielded estimates of 76 and 77 individuals respectively.

In 2011, Probert set out to monitor the population of hirola in Tsavo as part of his Masters dissertation. His team surveyed over 7,000 kilometers (4,300 miles) on ground, and flew over Tsavo covering 4,000 square kilometers (1,500 square miles) in an aircraft, counting and noting details of every hirola herd that they encountered. These two extensive surveys yielded a small population of only 67 individuals. But for the researchers, this was good news—the results indicated that the population had not declined much over the past decade.

“I was expecting to read that the research found a decline in hirola population from previous census due both to drought and predation,” said Matthew A. Brown, Africa Conservation Director of The Nature Conservancy. “While a small population, it is great to learn that this hirola population is stable.”

The hirola herd sizes, however, have become smaller over the years. According to Probert, herd sizes have plummeted from several hundred hirola recorded historically, to average herd sizes of five, making them more vulnerable to predation now.
The study also identified 20 grass species in areas where hirola grazed, which according to Brown, indicates very healthy and diverse grassland.

The hirola is in urgent need of conservation. Its extinction would mean the end of an entire mammalian genus in Africa, a first since the evolution of modern man. Given its significance, the species is also listed as number 43 in the top 100 most evolutionary distinct and endangered mammals, according to the Zoological Society of London’s EDGE program.

But organizations like the Northern Rangelands Trust and Ishaqbini Hirola Conservancy are working hard to protect the last extant individuals of the severely threatened species in its natural range. With support from the local Somali pastoralist communities, hirola in the conservancy live in a poaching-free and predator-proof sanctuary.

“The hirola in the sanctuary are breeding well and it is hoped that within three to five years excess animals will be released into the core area,” Probert added.

Meanwhile, with about 70 individuals, Tsavo East National Park continues to provide a stable, ex-situ population of hirola.
“If Tsavo provides good habitat, then the future for the hirola may be more secure than we once thought,” said Brown. 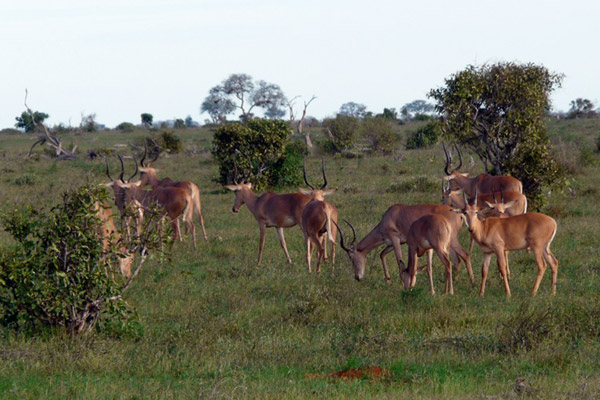 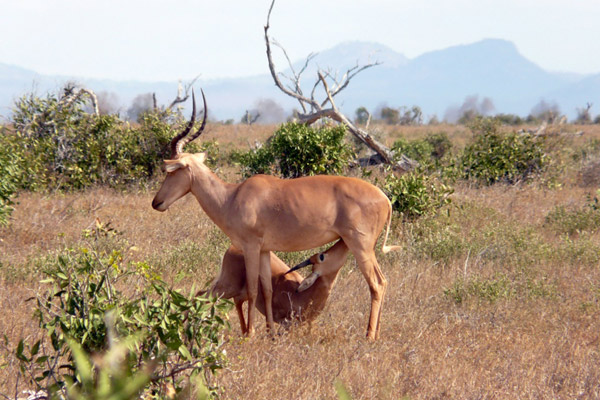 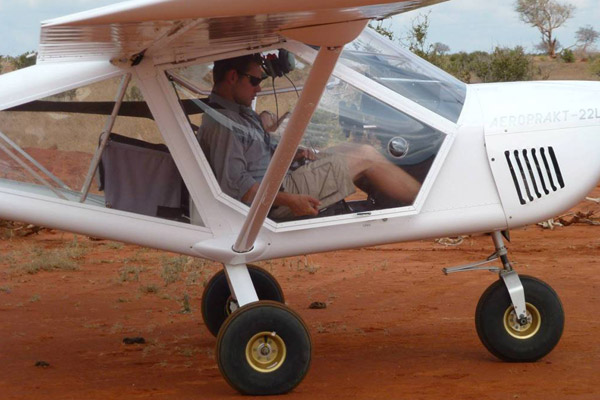 James Probert getting ready to take off to find hirola. Photo by: Alex Betts.

(05/19/2014) One of the world’s least known wild cats may have taken on more than it could handle in a recent video released by the Gashaka Biodiversity Project from Nigeria’s biggest national park, Gashaka Gumti.